Maher also said that truckers are “not wrong” to be PO’d at elites who can sit at home and still get a paycheck while having everything delivered to them.

Friday’s “Real Time with Bill Maher” touched on Canada’s “Freedom Convoy” and there was more understanding for the protesting truckers’ position than has been shown by Canadian Prime Minister Justin Trudeau.

Bill Maher’s guests, entrepreneur and former Biotech CEO, Vivek Ramaswamy, and Mariane Williamson, author and former Democratic Primary hopeful, were discussing healthcare, Big Pharma, and government — but they also touched on the Canadian trucker protest that has been making headlines around the world.

Maher said that the peaceful protest has become a global movement that is “about something more than just the vaccine mandate.”

Ramaswamy, author of “Woke, Inc.” agreed and said that it’s an “uprising of everyday citizens” against “the rise of this managerial class in democracies around the world.”

“These are the unelected class leaders that ultimately, I think, are using the bureaucratic power to supplant the will of everyday – not only Americans but Canadians and Western Europeans too – and that’s why we’re seeing a fusion of both the left and the right here saying that, ‘Actually we want our voices heard. We want to be able to speak without fear of putting food on the dinner table,’” said Ramaswamy.

He added, “And you know what? The beautiful thing about a democracy is that so far, thank God, this has been a peaceful set of protests. I hope it says stays that way. That’s part of the messiness of democracy. That’s part of what makes it beautiful.”

Vivek Ramaswamy explains the Freedom Convoy to Bill Maher: "This isn't a left or right issue. This is about an uprising of everyday citizens in democracies around the world."

Bill Maher blasted Trudeau’s comments on whether society should continue to “tolerate” the unvaccinated by saying “now you do sound like Hitler.”

Maher also that Canadian truckers are not wrong to be pissed off at the elites — the people “staying home in their Lululemons” while not missing a paycheck and getting everything delivered to them.

“I’m surprised to hear that Trudeau said those things.” pic.twitter.com/zIGaMO3VUg

Maher was referring to this clip of Trudeau on a French Canadian show in September:

But Maher missed the outrageous way that Trudeau has consistently pitted the vaccinated against unvaccinated.

Trudeau just referred to the unvaccinated as “those people” and said they put their own kids at risk.

He is so desperate I expect him to promise to take away peoples’ kids next. pic.twitter.com/0smUct0BJF

It’s not just absurd — it’s reprehensible to make these statements.

Maher then cited a New York Times report that stated that 72% of the Paycheck Protection Program (PPP) Loans “ended up in the households with income in the top 20%” and added, “I think this is what the truckers are mad at — all that money went up to the people who are in the top 20%?”

They then discussed the problem of corruption when the government and corporations join together.

Ramaswamy noted that the people that sit on corporate boards “who end up as associate deans of universities, who then end up being appointed as diplomats abroad.”

He added that it’s not a left/right thing — it’s that everyday people are being ignored by the managerial class.

He’s correct — it’s a hierarchy thing and that crosses political divides. The elites want to keep their club exclusive, and the dirty truckers aren’t invited to the party.

Here is a clip of that discussion:

Here is the transcript of the comments on the trucker protest:

BILL MAHER: All right. So I want to talk about Canada to start off because I feel like the eyes of the world are on them and we don’t talk about Canada enough. We should, because our show has been on in Canada for a long time. But we’re so, you know, Americans [we’re] chauvinistic about our own country, this stuff going on up there, well now everybody’s looking at Canada because there’s this giant trucker protest, I guess. See, I wasn’t that into it for the first couple of weeks because it … looked like it was just a small group of people, and it is a minority, it was first about vaccine mandates the truckers have to get, 90% are vaccinated. But they’re crossing the border. This goes both ways. Some of them then when they started the protests had Nazi flags, which of course, is going to look bad and is bad. … Sometimes the Nazi flag means I’m a Nazi and sometimes it means you’re a Nazi. I’m calling you a Nazi. So, I don’t know what this is, but it’s not the most of the people there. What’s happening this week, it looks like, is people are understanding that this is about something more than just the vaccine mandate. It’s becoming a big thing. It’s happening all over the world now. They think it might happen here in Washington on Super Bowl Sunday. Do you agree it’s about something more? And if so what?

VIVEK RAMASWAMY: Look, I think it is about something more; if you think this is about vaccine mandates, or about white supremacy, you’re missing the point. And this isn’t a Left or Right issue. This is about an uprising of everyday citizens in democracies around the world. It’s not just Canada, it’s not the United States, it’s western Europe, too, rising against the biggest threat to actual democracy, which I think is the rise of this managerial class in democracies around the world that are crushing the will of everyday people through bureaucracies. And it’s the same people, by the way, Bill, who staff corporate boards of directors, who end up as associate deans of universities, who then end up being appointed as diplomats abroad. These are the unelected class of leaders that ultimately, I think, are using their bureaucratic power to supplant the will of everyday, not only Americans, but Canadians and western Europeans, too. And that’s why we’re seeing a fusion of both the Left and the Right here saying that actually, we want our voices heard. We want to be able to speak without fear of putting food on the dinner table. And you know what? The beautiful thing about a democracy is that so far, thank God, this has been a peaceful set of protests. I hope it says stays that way. That’s part of the messiness of democracy. That’s part of what makes it beautiful.

MARIANNE WILLIAMSON: I believe that democracy is messy, and that’s the price you pay in a way for a free society, as long as we’re going to honor free expression, protest is important, but also protest is inherently disruptive. So the line we have to find for ourselves is where does disruption become harm? These people have spoken, they have expressed themselves, they have a lot of passion behind their message, obviously, and what the Canadian government and any government has to then balance is, at what point does this now move over into more than your grievances, but the grievances of people, such as workers in Detroit and elsewhere, who are finding economic harm because of these of these protests? I think it’s interesting this issue of our looking at Canada, because, you know, these protesters are not attacking their capital. And their government is not bringing out, they’re not attacking the building, I mean they’re in Ottawa, they’re in front of the Capitol, but they’re not attacking the Capitol building.

MAHER: Right. And they’re not trying to stop an election.

WILLIAMSON: Well, but my point is, there’s no violence in what they’re doing, even though swastikas are not funny … but those are outliers there. Yes. My point is that in a way, we get to see that this can be done in a way that does not bring violence with it. I think for Americans, it’s actually something to look at there.

MAHER: But I’m asking you about the bigger issue here is like, why is this and why truckers, and I thought, you know, like during the pandemic, you know, I talked about this many times, you know, we would see these ads “we’re all in it together,” and I think, “no, we’re not. No, we’re not.” There are some people who stay home. And some people who bring them the food. You know, if you’re just ordering Amazon, and you don’t ever have to go out, and your job you can do remotely, but who’s bringing me Amazon things? The trucker. You know, it’s, it was just, it looks, you did not use that word “elitist” in your whole speech, but like, that’s the word that I think is on people’s tongues and minds, and I mean, that certainly is what populists, including bad ones like Trump, play on. But there is this idea, and it’s not wrong, that some people are staying home in their Lululemons and other people, and you know, can afford to like, wait out and get a free vacation, and money from the government, and other people can’t, and they’re pissed off at the people who can.

RAMASWAMY: I think one step beyond that is this is also, furthermore, a group of people who have, further by the elites, been excluded in the name of capitalized inclusion. And so I was a biotech CEO after the George — when the George Floyd protests played out in 2020. I was still a biotech CEO back then, back then every institutional elite in America, in other countries around the world, but especially in America, would step up and say what we need to do is we need to listen and open our hearts and minds. And I think those same institutional leaders would now do well to take a page from that playbook and listening to these truckers. 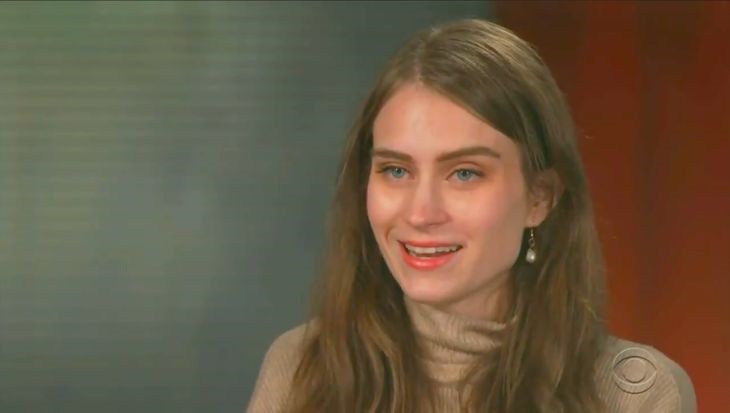 ’60 Minutes’ Dared to Reveal the Truth About ‘Detransitioners’ (Video)