Yesterday, Secretary of State Blinken emphatically stated that the situation in Afghanistan was not Biden’s Saigon Moment. We beg to differ. By this morning, people were clinging to US aircraft as they attempted to take off from the Kabul airport, some plunging to their deaths from the sky as they clung to the landing gear. The evacuation had to be halted for a time because of the throngs of people desperately trying to get out of the country. Machine gun fire could be heard on the tarmac. Sounds a lot like Saigon in 1975. 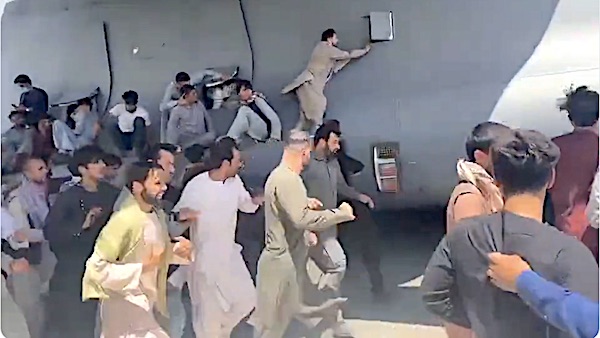 ? Young locals sitting on the C17 wheel apron earlier today in the #kabulairport.

⚠️ The plane takes off and the afghan youngs fall into the void. pic.twitter.com/FMdyjz1Q3E

To top it all off, the Pentagon says the Biden administration will not prioritize evacuating Americans over the thousands of Afghans. It will be a “mix” according to Spokesman John Kirby.

So the literally thousands of Americans in Afghanistan can just tough it out. As the Taliban shout ”death to America.” Understand this: these Afghans – and their families- will bypass all the medical requirements, be resettled at Military facilities, and will not be vetted. Pay attention, America.

It’s a total debacle, and it most assuredly IS Biden’s Saigon moment. Turkey was supposed to be providing security at the Kabul airport. They are nowhere to be found. Biden’s “negotiating” with that hard core Islamic regime failed as well. Has he done anything right? No. And he addresses the nation this afternoon. IT’s all the AFghan Army’s fault and Trump and other administrations.

Biden has been on ”vacation” at Camp David during this disaster. The White House Press Secretary will also be gone this week, according to her answering machine. Then there’s woke General Mark Milley who said that now the terrorists could regrow and the timeline for regrouping is ”accelerated.” He also stated that the US was leaving ”Tens of thousands of Afghans behind.” Duh.

The world is now much less secure. The Taliban released 5,000 prisoners from Bagram’s prison – they included Taliban, al-Qaeda, ISIS, and other assorted terrorists.

The Taliban claims it overran Bagram Air Base and freed prisoners. Many high value detainees were located there, including members of Al Qaeda. This will reverberate for years to come. https://t.co/yt3eG0uZNk

My source sent me this video of all the Taliban prisoners being released … this is #BidensAfghanistan Terrorists that many of our troops and Afghan troops captured free to start terror training camps again pic.twitter.com/XX4L7noBC5

Somebody please send Biden and his cronies packing. Every. last. one. of them. 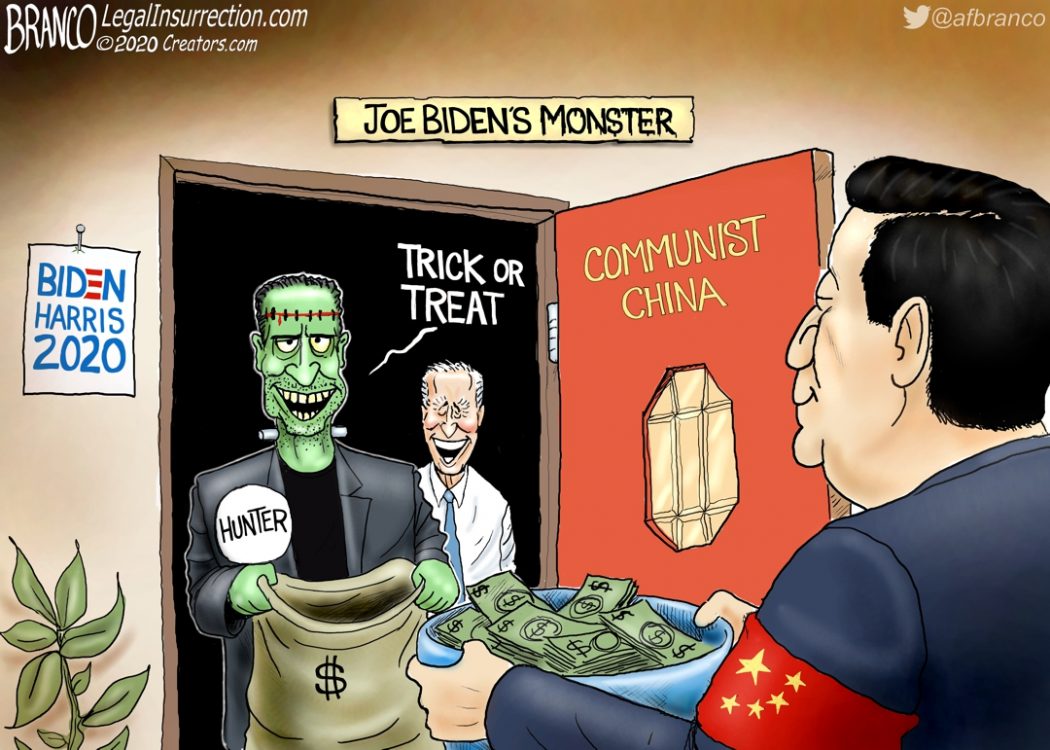 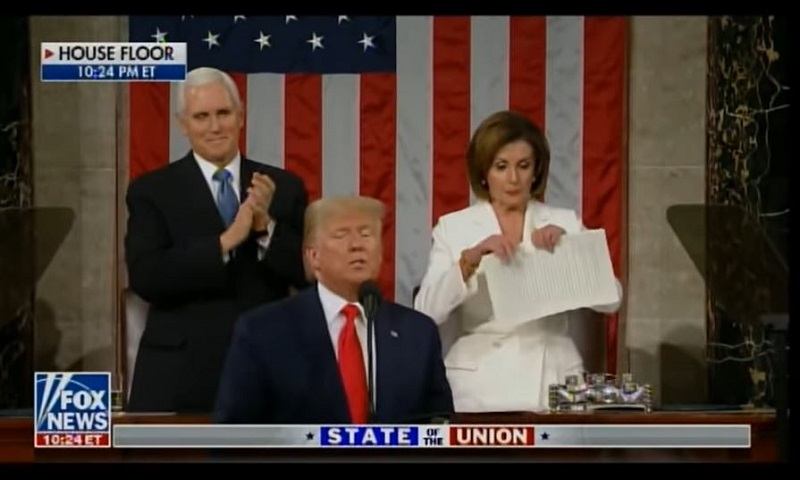 Video of the Day: Childish Nancy Pelosi Rips Trump’s SOTU Speech, Says It Was ‘the courteous thing to do’