As we entered 2021, I thought at least the year had to be better than 2020.  Not so fast-it kind of sucked.  But there were some ‘highlights.” It all depends on how one looks at it.  So with that in mind, I would like to present what I believe are the biggest stories of the past year—with a more positive attitude.

Joe Biden qualifies for the Summer Olympics: A favorite part of the Olympic Games is the track and field events that feature some of the fastest people on Earth.  In 2021 Joe Biden proved himself to be one of the fastest people in American history.  No President in the history of this country screwed up the U.S. as fast as did President Biden.  Therefore he deserves to be in the Olympics.  big 2021 stories

The Government cares for Americans as much as our parents: When we were children, mom and dad would make sure we were healthy.  To prove that they love us, the Government threw the Constitution out of the window and mandated wearing masks and taking the Covid vaccine.  So what if a significant reason for mandates is to give the Government more control—“can’t you feel the love tonight ?”

Trying to be fair: Little League Baseball has a slaughter rule that had what’s called a slaughter rule.  When one team has an overwhelming lead, they end the game because it spares further humiliation for the loser.  The U.S. Military has the strongest fighting force in the world.  When pulling out of Afghanistan, the President, Defense secretary Gen. Austin, and the Chairman of Joint Chiefs of Staff Gen. Milley anticipated the Taliban would lose big.  Therefore they ran the withdrawal from Afghanistan in a haphazard, clumsy way.

They started by bugging out of the Bagram airbase, an airport that would have made it easier to evacuate the military personnel, contractors, and Afghans who helped the U.S. during the war, which we promised to get out if the Taliban took over.  Instead of getting them out, we left many of the Afghani.  And for the first time in American history, we left our own behind to face the Taliban alone.  But we did look like we were being fair and not embarrassing the Taliban.

Generals Austin and Milley were in the plan.  Because they have shown honor in their long service to this country, it’s obvious they approved the plan to invoke the slaughter rule; if they weren’t in on the plan, an honorable military man would have resigned.  I am sure no American would suggest that these two Generals would ever act dishonorably.

Shhh, we don’t want to get them upset.  The mainstream media worked hard not to get America upset.  To that end, they covered up many of the Biden administration faux pas.  Knowing how upset we were that Americans were left behind and still are in Afghanistan, the press began to ignore the story soon after the withdrawal.  They weren’t covering for Biden.  They were trying to ensure the public wouldn’t stay upset.

Putting Americans to work.  As they can make more money by staying home and getting government funds, many Americans have decided not to go back to work once the pandemic began to ease up.  But there is one group local and state governments have convinced to go return to work.  With the new no bail laws, liberal attorneys general deciding not to indict some who seemingly broke the law, and the defund the police movement, the criminals are back.  They’re on the street working hard to commit more crimes.

Ha-ha-ha: Making American voters feel more confident about the future of this country, the V.P., Cackling Kamela Harris, would laugh every time she was asked if she was going to visit the southern border of America.  After all, she was appointed by Biden to be the border Czar.  Continuing the confidence effort, she still hasn’t been to the border.  Even when she went to El Paso, a border city, she didn’t approach the border.  It would have been easy to find.  The city had a border wall built by the previous President.  Cackle on Kamala!

The DaVinci Code: No, I’m not suggesting that the movie starring Tom Hanks was real.  Joe Biden’s son Hunter created artwork on the level of kindergarten finger painting but sold them for prices similar to the great masters, like DaVinci.  WOW!  Isn’t that special?  The buyers weren’t named, but the suspicions are that they were perched by foreigners trying to make nice to the President.  That suggestion has to be wrong.  Suppose you believe that Biden would do something like that.  In that case, you might believe something even more ridiculous like getting Ukraine to fire its chief prosecutor because he was investigating a company that featured Hunter Biden on its board.

Helping Small Business: Thanks to Govt. overspending combined with policies encouraging underproduction and people staying home, America is suffering from inflation.  By retarding fossil fuel energy production in America and closing pipelines, fuel prices have jumped up and are projected to go even higher in 2022.  Putting it all together, the American economy has the highest inflation in four decades.  Because of the inflation, small businesses can charge more for the same products.  Sure their costs are higher, but they can charge more.  And as the President explained, patriotic companies will eat the price increase unless they are part of “big meat.” In the end, small businesses will raise prices, and they don’t really care if they lose money.

We’ve covered many other big stories this year, but that would take another ten posts.

Therefore I would like to end with a few essential predictions for 2022.

As we end the year, I’d like to thank you all for reading The Lid and wish you all a happy new year and a better 2022.  Keep in mind that as much as the liberals running the federal government screw things up, the United States is still the best damn country in the world.  Americans are exceptional and will get through 2022 and make things much better.  In one year, we’ve gotten sick and tired of the left trying to have Government control our lives.  We are a free people and will protest to tell the Government to return our freedom and vote them out of office in November 2022.

Please listen to the 22-second long song below as we leave the year in review.  It is my very favorite New Year’s Eve song.  Have a blessed New Year and remember, “Let’s go Brandon.” 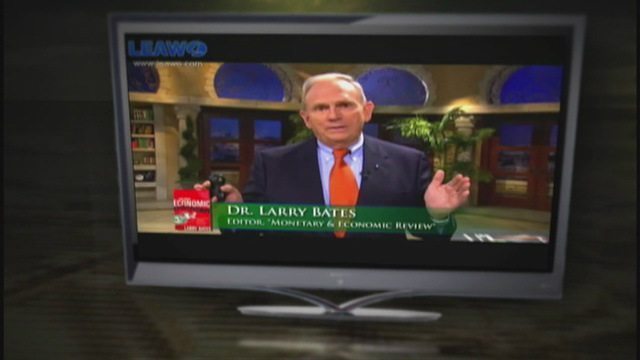 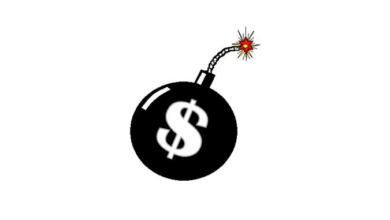