(Natural News) A new effort by the Biden regime and Democrats to ban gas stoves due to “climate change” has zero basis in science.

According to the American Gas Association (AGA), it would be “reckless” to prohibit gas stoves, which are vital to restauranteurs and their businesses – not to mention they are ideal for cooking and far less expensive to use than electric stoves.

As usual, this latest prohibition attempt by deranged leftists is ideologically and emotionally driven. It is “not substantiated by sound science,” the AGA warns.

A coalition representing more than 200 energy companies that deliver natural gas to more than 73 million customers across the United States, the AGA is obviously going to be pro-gas. But what the group is saying is true: there is no scientific basis – nor is there a legal or constitutional one – to prohibit the use of gas stoves.

In a statement issued this week about the so-called “scientific study” that Biden and the Democrats are citing as “evidence” that gas stoves are warming the planet and killing children, the AGA explained that it is entirely bunk.

There has not been “any discussion or perpetuation of the allegations in this report which is funded by nongovernmental organizations to advance their agenda to remove consumer energy choice and the option of natural gas is reckless,” the group warned.

“The authors conducted no measurements or tests based on real-life appliance usage, and ignored literature, including one study of data collected from more than 500,000 children in 47 countries that detected no evidence of an association between the use of gas as a cooking fuel and either asthma symptoms or asthma diagnosis.”

Even if gas stoves were causing children to get asthma while melting the polar ice caps – they do neither, just to be clear – it is up to We the People to decide whether or not to use one.

Since when did it become the standard for government bureaucrats to play nanny state with anything and everything that might pose a potential risk to someone, somewhere? Based on that logic, everything should be illegal.

On top of all that, the “study” the Democrats and Biden are pointing to as evidence that gas stoves are dangerous contains blatant falsehoods that are easily debunked with a simple fact check.

“Any allegation that gas stoves exceed standards set by the Environmental Protection Agency and the World Health Organization is patently false,” the AGA statement further explains.

“Regulators, like the Consumer Products Safety Commission (CPSC), should rely on real data and science not unsubstantiated claims of advocates.”

Were the Democrats and Biden to find success in this latest quest against freedom, the end result would be further impoverishment of the poor with increased utility costs and decreased access to versatile methods of cooking and heating.

“Attempts to generate consumer fears with baseless allegations to justify the banning of natural gas is a misguided agenda that will not improve the environment or the health of consumers and would saddle vulnerable populations with significant costs,” the AGA warns.

Since 1990, natural gas utilities have drastically reduced greenhouse gas emissions – by 69 percent, more precisely – which has helped households that use gas to reduce their carbon emissions by 1.2 percent per year.

Based on this, natural gas is actually cleaner and greener than dirty electricity, which is unreliable and expensive.

“Control: this is why they want us to get rid of gas boilers, too,” noted a commenter about the true agenda in play. “They seek total and utter control.”

More related news can be found at GreenTyranny.news. 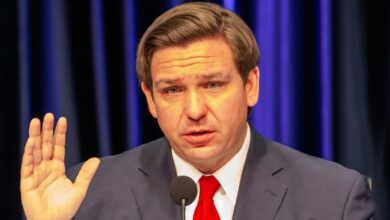