“With all the bright spots in our economy, record job growth, higher wages, too many families are struggling to keep up with their bills. Inflation is robbing them of the gains they thought otherwise they would be able to feel. I get it… One third of all the inflation was because of automobile sales. There were not enough semiconductors to make all the cars people wanted to buy. Prices of automobiles went way up.”

That was President Joe Biden in his first State of the Union Address on March 1, attempting at least to deflect some of the blame for inflation away from the federal government’s unprecedented peacetime spending, borrowing and printing avalanche of more than $6 trillion in response to the Covid pandemic.

That included the $2.2 trillion CARES Act and $900 billion phase four legislation under former President Donald Trump, and the $1.9 trillion stimulus and $550 billion of new infrastructure spending under President Biden.

As a result, the national debt has increased by $6.8 trillion to $30 trillion, of which the Fed monetized half, or $3.4 trillion, by increasing its share of U.S. treasuries to a record $5.7 trillion.

Overall, the M2 money supply has increased by $6.3 trillion to $21.6 trillion, a whopping 29 percent increase. Almost every new dollar of debt was paid for by printing it.

What more is needed to explain the current bout of inflation?

As for the semiconductor shortage, that appears to have also been caused by Covid. According to research by McKinsey & Company for the World Economic Forum, published Feb. 9, 2022: “automakers cut their chip orders in early 2020 as vehicle sales plummeted. When demand recovered faster than anticipated in the second half of 2020, the semiconductor industry had already shifted production lines to meet demand for other applications.” Since then, semiconductor producers have been struggling to catch up to demand as Biden touted Intel’s new semiconductor plant being built in Ohio.

Similar glut was caused in the petroleum supply chain in 2020, when prices collapsed to zero briefly — causing oil production to slow down significantly — only to rebound two years later to more than $100 per barrel as the global economy continues reopening from Covid. Now, war in Europe threatens to send the price even higher, but it’s already very high.

Even here, Biden only offered to release barrels from the strategic petroleum reserve. Let them eat cake, indeed. Nowhere did he call for unlocking America’s energy stores by increasing drilling for oil and gas with the same zeal as the semiconductor pitch.

Increased oil and gas production would not only help bring part of the inflation down, and it would help to shore up supplies in Europe, which is currently dominated by Russian energy dependence.

Yes, Covid locked down the global economy, causing supply disruptions of all kinds, and governments all over the world intervened financially — by far the most spending in history — so that there would be businesses left to return to when the worst was over.

Now, of the more than 25 million jobs that were lost to Covid by April 2020 in the U.S., 23.8 million have been recovered. More than 16 million of those were recovered in 2020, before President Biden had even been sworn into office. The economy was already rapidly recovering.

And now thanks to the trillions of dollars of spending, borrowing and printing, a year later, the economy is unsurprisingly overheating. It is literally Milton Friedman’s “too much money chasing too few goods”.

In just the past two months, nearly 1 million jobs have been created in the Bureau of Labor Statistics’ establishment survey in Dec. and Jan. 2022 combined — and at 4 percent unemployment, labor markets are at or near peak employment.

Almost on cue, the Atlanta Federal Reserve’s GDPNow is currently projecting 0 percent economic growth in the first quarter of 2022. Elsewhere, the spread between 10-year treasuries and 2-year treasuries is nearly inverted, a key recession predictor. Suffice to say, the warning lights for the economy are flashing red.

Finally, speaking to Americans’ pocket books, as reported by the Bureau of Labor Statistics on Feb. 10, real average hourly earnings decreased 1.7 percent from Jan. 2021 to Jan. 2022.

But Biden doesn’t get it. Covid lockdowns caused the supply crisis by crushing demand and slowing production in 2020. Covid caused governments to respond with the torrent of spending, borrowing and money printing to offset the drop in output. Now, even after Covid, Biden still wants parts of his $3 trillion Build Back Better spending bill passed by Congress.

Biden’s State of the Union was an opportunity to level with the American people. If he had explained the situation honestly, and promised to slow down spending and increase American energy production, it could have been an historic pivot that might have saved his Congressional majorities in November.

Biden is right when says inflation is robbing the American people blind. And in 2022, they’re going to have something to say about it. 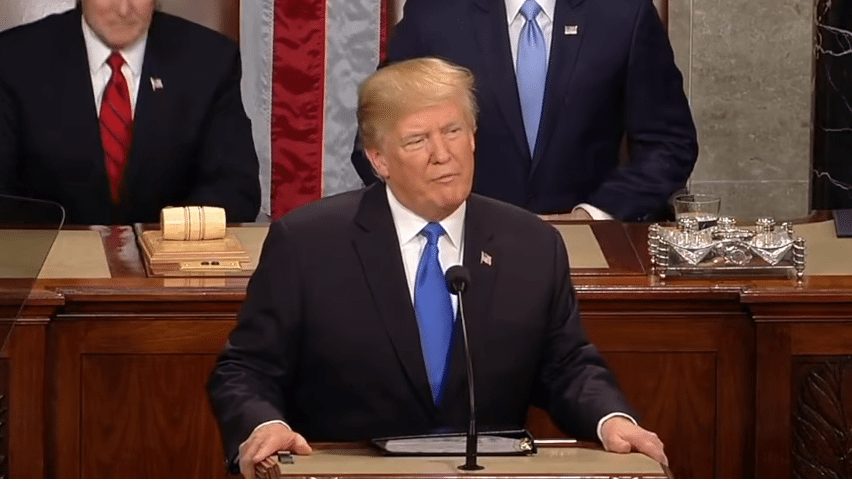 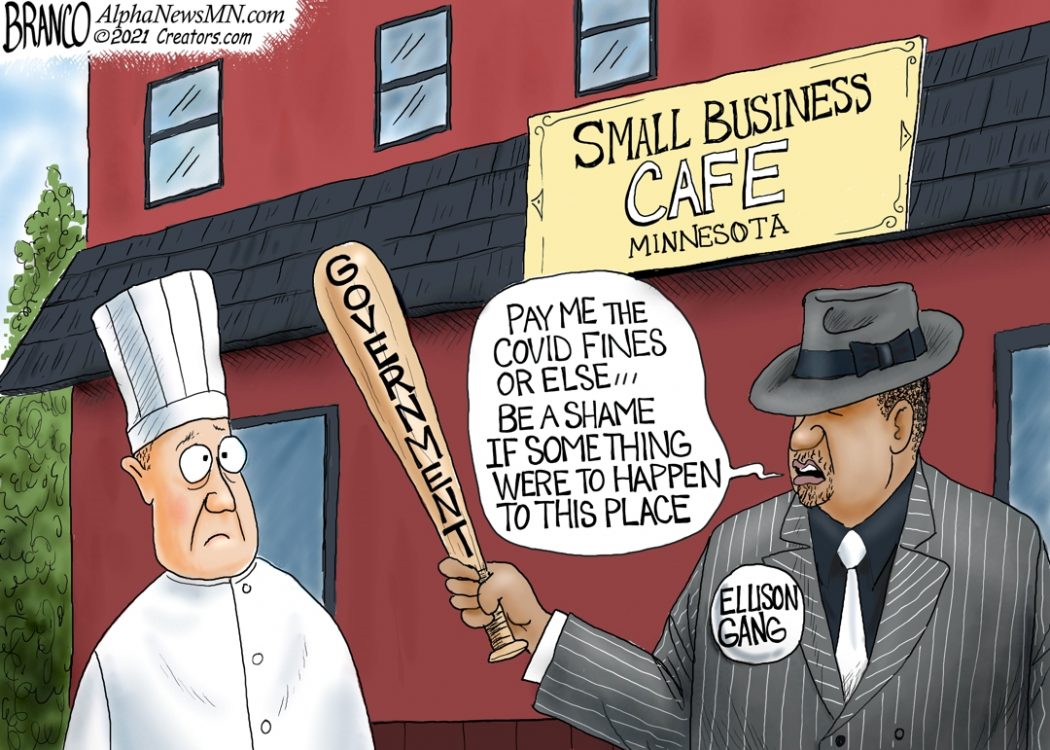 Cartoon of the Day: Mobocrat