According to recent reports, at least two Yemeni nationals on the FBI’s terror watchlist were arrested in California after crossing illegally into the United States from Mexico. But suddenly, the administration has deleted those reports.

Per the original reports, one of the terror suspects was caught by Border Patrol officers on January 29, and the second was nabbed on March 30. Both were taken at the El Centro Station in Calexico, California.

“These apprehensions at our border illustrates the importance of our mission and how we can never stop being vigilant in our everyday mission to protect this great country.”

CBP said in a statement on Monday that the two men were on a U.S. government watchlist for terrorism suspects, and were also named on a “no-fly” list.

On Tuesday, Jen Psaki was asked about it during her daily presser. She claimed it was an uncommon occurrence, forgetting that it only takes ONE terrorist to get through and kill people.

Maybe it was a reaction to the question to Psaki, or just a reaction to the DHS announcement because also on Tuesday, Biden’s DHS made the story disappear, removing the report from the official government websites.

The Wayback Internet Archive has the DHS press release about the two terrorists originally published on the DHS website on Monday. 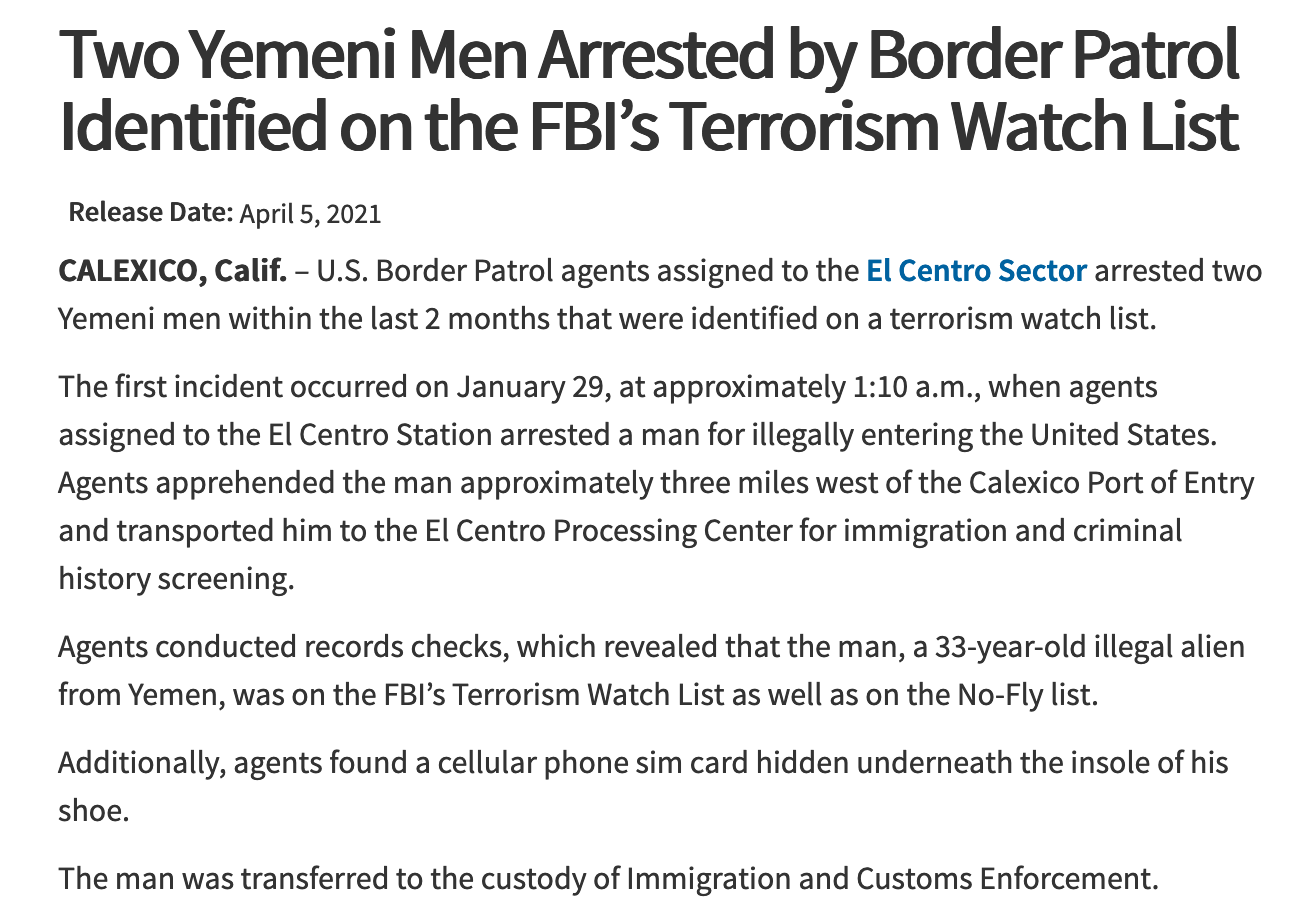 Biden’s airy promises of transparency are as honest as his promise of unifying the country.

Republicans on the House Homeland Security Committee were aghast at the DHS deletion of the report of the two terrorists.

“Why did you take down your previously public tweet & press release announcing that two people on the terror watch list were apprehended exploiting President Biden’s open border policies? Transparency in name alone is not transparency,” the Republicans led by ranking member Rep. John Katko said in a statement.

The answer is that the Biden Administration is not transparent; it’s opaque—especially when covering up its own mistakes. 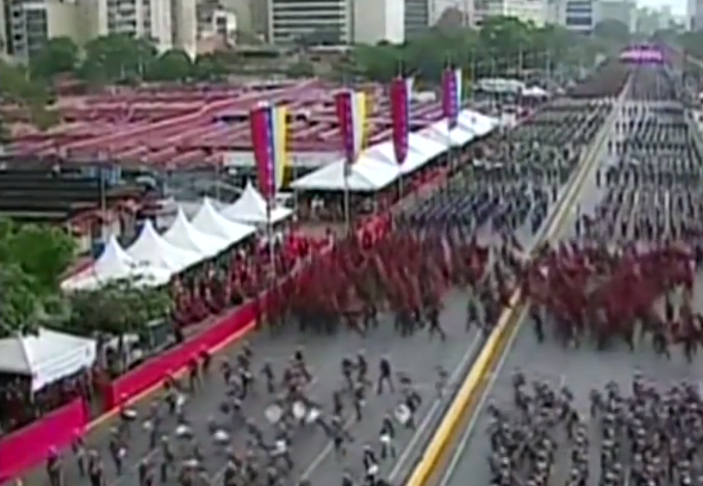