Have you noticed that Creepy Joe is getting…creepier?

He’s trying out a new tactic — a creepy stage whisper to show that he’s way smarter than you are. It’s just another form of his leftwing condescension to those who are “beneath” him.

Yes, this guy, who may not have a 3-digit I.Q. and was a complete mediocrity for his entire Senate career thinks that he is the smartest guy in the room. If that’s true, then God help us all!

Then again, he was surrounded by Corporate Media hacks and his staffers at the time, so, unless Peter Doocy of Fox News was there, Biden might — both terrifyingly and accidentally — be right.

The new “stage whisper” strategy in speaking to the press seems to be something that he’s really reveling in. He used it several times yesterday and it was reminiscent of something that Joe hasn’t been able to do in a while…the “lean in and sniff” move.

"Now Joe, this may seem a bit unusual, but we have a new strategy on addressing the press."

"Oh nice! I can pretend I'm sniffing her hair!" pic.twitter.com/c0aO41B0Ke

As conservative commentator Ashley St. Clair noted on Twitter, “This man has the nuclear codes.”

That should make every American a little bit concerned. Heck, the whole world should be scared! But do you really think that they gave this desiccated husk the real nuclear codes?

Geez, I really hope the codes he was given are fake! Not that I’d feel much better with Kamala Harris having the real ones. Yeesh! That’s terrifying, too!

Popular parody account il Donaldo Trumpo imagined Biden creating one of those strange ASMR videos that were all the rage with the pre-teens a few years ago.

HAD TO DO IT!!!🤣🤣🤣 pic.twitter.com/kMhVBGzFlj

Another thought that it needed a creepy soundtrack to with the creepy whisper.

But, it was conservative commentator Deneen Borelli that seemed to be having the most fun with it. She used the hashtag #WhisperShout and posted several of Biden’s quotes along with a microphone and a shushing emoji. It’s somehow even creepier.

“If you have a problem figuring out if you’re for me or Trump, then you ain’t black.” 🤫 🎙 #WhisperShout pic.twitter.com/37FFTgj2h6

“You’ll know my opinion on court-packing when the election is over.” 🤫🎙 #WhisperShout pic.twitter.com/X6rnxUqve2

“You’re going to have travel bans, you’re going to not be able to do, have economic intercourse around the world.” 🤫🎙 #WhisperShout pic.twitter.com/S3aMTtFzbY

“Parts of our country are backsliding into the days of Jim Crow.” 🤫 🎙 #WhisperShout pic.twitter.com/PqdKBhftfA

"I’m sorry, I’m going to get in trouble with staff if I don’t do this the right way.” 🤫 🎙 #WhisperShout pic.twitter.com/AITRsNltSj 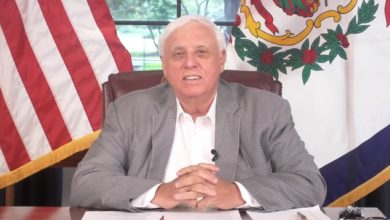