Putin: Russia will ‘rhythmically and calmly’ continue the Ukraine slaughter.

The Biden Regime refuses to send the needed weapons, and impose oil sanctions to stop it.

121,000 children kidnapped by Russian troops and sent out of Ukraine. Imagine the feelings of their parents and the horror of the children themselves. We can assume they are being tortured or being sexually abused or enslaved or killed.

In addition another 100,000 Ukrainians, who were refugees trapped inside Ukraine and caught by Russian troops… have been sent to the Siberian Gulag death camps.

On April 14th, the director of the UN World Food Food organization, said that in Mariupol, the people are being “starved to death”. This means the remaining 200,000 people are starving to death at the hands of Putin and his military. And all those in Western governments who refuse to provide the Ukrainians with heavy weaponry they need to survive.

Putin and his military are recreating the Nazi holocaust of World War II in Ukraine without a stop sign from the Biden Regime and its puppet masters.

Mariupol is the new Auschwitz death camp. Mobile crematoria are being brought into the city, to dispose of the bodies of murdered Ukrainians. The government of Ukraine estimates as many as 100,000 Ukrainians have already died in the city as the result of Russian shelling, bombing, and the occupation by Russian troops. Now the rest of the population, as mentioned, is starving to death. A once beautiful, thriving port city, Mariupol is now Auschwitz.

Still the Biden Regime, and its monster puppets such as Secretary of Defense, Secretary of State, deny the two things which could stop the genocide:

1. Provision of the old MIG-29 jets from Poland, which could actually give the Ukrainians a chance to defend themselves against the slaughter. The best defense is offence, and without those jet fighters, the brave Ukrainians are always on defense.

2. Placing full sanctions on the Russian oil and natural gas industry. That would close the oil spigot with which Putin finances his military. The EU alone provides Putin with $40 billion every month.

But Biden, the puppet president, and the dark monsters who pull his strings, will not sanction Russian oil and gas, because it means that the US would have to start producing oil and gas as it did under Trump. Massive amounts which made the US energy independent and one of the world’s largest exporters.

But according to many analysts, the Biden regime and the puppet masters, are working to destroy the American economy. And why would they do that? It’s simply Marxist ideology leading to civil disorder and violence in the US. Which would be the perfect excuse to cancel the 2022 elections and grab absolute power.

So as not to derail their plan to destroy American from Within, the Biden regime condemns the Ukrainian people, wonderful men, women and children to genocide.

It’s painful to look at but here they are. The blood is on the hands of the Biden Regime and the monsters pulling the strings of the puppet president:

The grieving widow collapsed on the ground next to her husband’s body in the village of Andriivka, near Kyiv. Her husband was murdered by retreating Russian forces. After he disappeared, she has been searching for him. And sadly found him in the way shown in these photos as Ukrainian forces help her locate the body. These photos were taken as it was found and identified. Note: this is highly graphic and disturbing (Photos from Ukrainian Information Bureau): 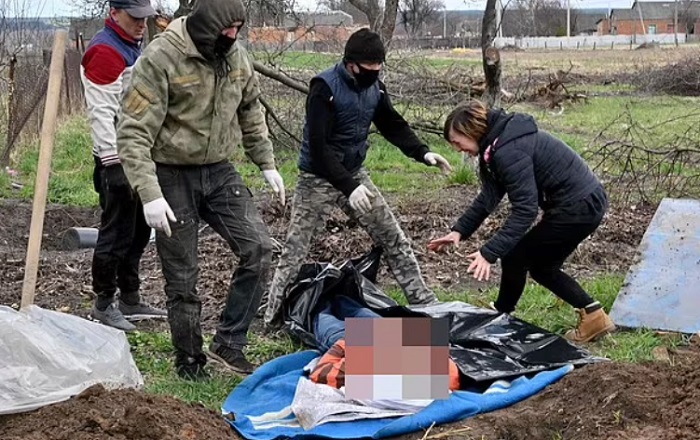 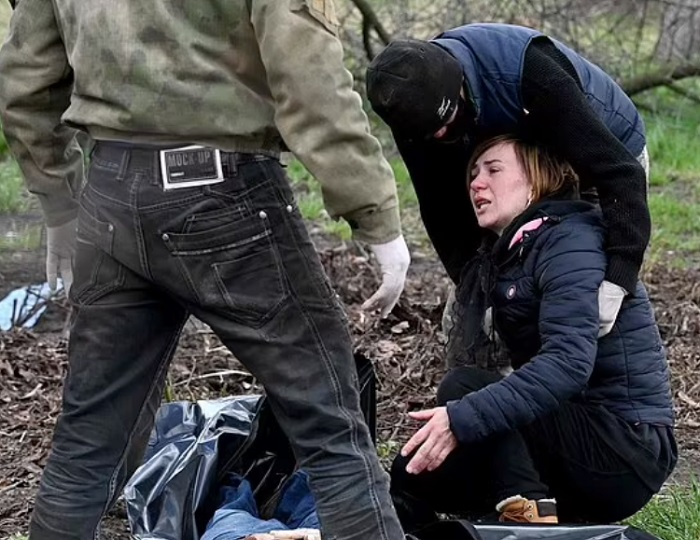 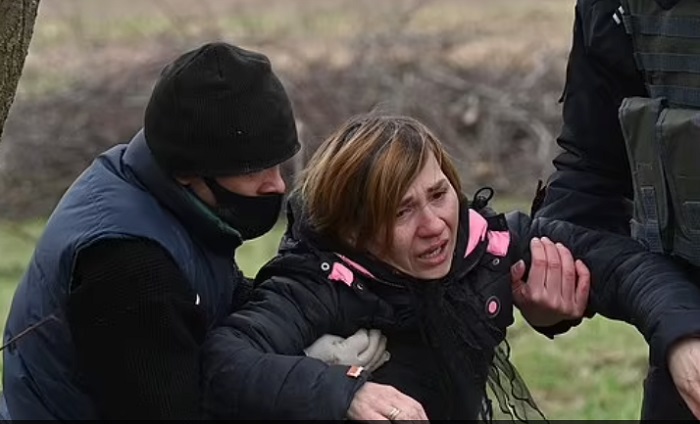 Many experts believe Ukrainian blood is on the hands of all in the Biden regime. All of them and their puppet masters as well.

Here is what Zelensky said on April 13th is needed urgently to save the lives of millions of Ukrainians:

“We must have military aircraft, to free our cities and save millions of Ukrainian and European lives,” he added.

But those in the Biden regime simply plod on, withholding, delaying and deleting vital military assistance to Ukraine, according to many experts, so they can follow Marxist methodology to destroy their own country from within.

None mentioned in this post is being accused of a crime. In the United States, only if and after being found guilty in a court of law will that happen. Until then, they are presumed innocent… until or unless proven guilty in court of law.

Presently many analysts of Marxism, believe that the Biden regime and the hidden puppet masters are creating hell on earth in America that they allegedly hope will lead to massive violence… providing the regime (puppets or puppet masters), with a reason to “postpone” the November 2022 elections. DO NOT LET THEM CANCEL THE ELECTIONS!

Hold the 2022 elections in any case! Hold elections in your cities, states, and for the federal candidates of Senate and House of Representatives.

The results of the elections must be binding. And in addition to that, a Nuremberg war crimes tribunal held for those in the Biden Regime and those puppet masters who control and support them. With the same penalties as the Nuremberg trials for those found guilty in this court of law.

Dr. Joel S Holmes is an engineer working in hydropower and in cyber security.

He has done several analyses of how policies of the Biden Regime are intended to damage the American Economy.

Among the most powerful destroyers of the US economy are the destruction of the oil and natural gas sector. And the use of the false “Climate Change” threat to cripple American business and industry and jobs.

He recommends a book on this subject, which obliterates the lies of the Climate Change fraud, and explains how the earth is entering into a mini-ice age within a few years.

The book is: ICE AGE … 2025: HOW TO PREPARE AMERICA AND YOUR FAMILY FOR THE COMING ICE AGE

This award winning book, thrilling reading, is available on Amazon. 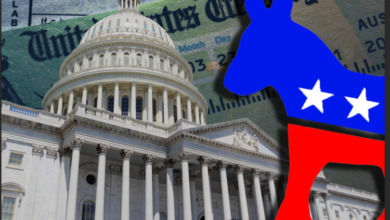