On Monday, Memorial Day, His Lying Demented Fraudulence, Dictator-Wannabe Joe “Applesauce Brains” Biden let his true feelings about democracy in general and the Constitution as a whole slip.

“Democracy is not perfect. It’s never been good – perfect,” he said during a a Memorial Day address at the 154th National Memorial Day Observance at Arlington National Cemetery.

Presidents just don’t say stuff like this about their own country. 🤦🏼‍♀️

Easy.  He was installed after an election many still say was rife with fraud.

Granted, Biden has never been an articulate speaker and this could have been a gaffe.  Personally, I don’t think so, given the way he’s acted since his installation.

But it didn’t end there.

After he returned to Washington, D.C., Biden attacked not only the Second Amendment, but the entire Constitution — the same one he took an oath to preserve and protect.

“The Constitution, the Second Amendment was never absolute,” he told reporters on Monday.

The president spoke to reporters about gun control as he returned to Washington, DC, from Delaware for Memorial Day ceremonies.

Biden falsely claimed again that Americans were unable to purchase a cannon when the Second Amendment was passed, despite being repeatedly fact-checked as false by even the Washington Post and Politifact.

“You couldn’t buy a cannon when the Second Amendment was passed and you couldn’t go out and purchase a lot of weapons,” he said.

Let’s face it.  Biden HATES America, and he HATES the Constitution.  That’s part of the reason for his actions.

It’s time to get rid of this fraud, by any legal means necessary. 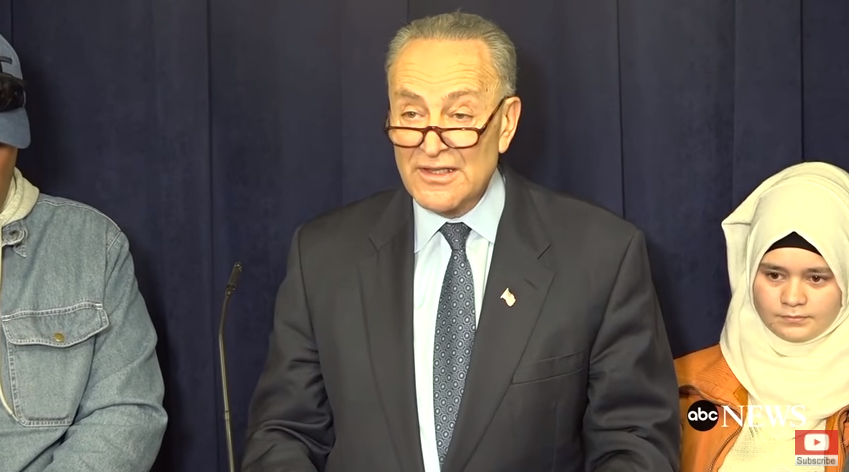 Are Democrats Ready To Denounce The Bigot Who Pioneered Modern Judicial Filibusters?