It sounded pretty good, well, other than the usual verbal stumbles by President Joe Biden.

A speech on Wednesday saw the President calling for a 3-month gas tax holiday for Americans; by far the largest piece of a multi-pronged agenda aimed at bringing down the price of petrol at the pump.  But, given the Biden administration’s fairly ineffectual record on just about everything, it wouldn’t be surprising to see only a tepid response from the nation at large.

And it appears as though Congress may not be interested in it either.

President Biden will ask Congress on Wednesday to suspend the federal gas tax until September as Americans across the country grapple with soaring prices as the pump.

The president will urge members of Congress to institute a three-month federal gas tax holiday without stripping money from the Highway Trust Fund that finances highways and mass transit.

Gas prices have soared by 50% nationwide over the past year. (Getty Images)

“I want to be very clear, the president is calling on Congress to take this step to help American families without harming the Highway Trust Fund, which is funded by these taxes,” a senior administration official said Tuesday evening.

The official suggested that the federal government’s budget deficit shrinking by $1.6 trillion this year gives the U.S. leeway to suspend the gas tax while using other revenues to make the Highway Trust Fund whole for the roughly $10 billion cost.

But Congress appears reticent to get on board, and with good reason:

Biden’s ex-boss, former President Barack Obama, called a gas tax a “gimmick” on the campaign trail back in 2008. At the time Obama said a gas tax holiday was a “gimmick” to save Americans half a tank of gas over the summer so that lawmakers could “say that they did something.”

There is also concern about a gas tax holiday’s impact on already record-high inflation. The Committee for a Responsible Federal Budget, a non-partisan group that advocates for reducing the federal budget, previously argued that suspending the tax for a 10-month period could actually increase demand for gasoline and other goods and services when the economy is already confronting high consumer demand and pandemic-induced supply chain disruptions.

“While the gas tax holiday may reduce prices at the pump, it will further increase demand for gasoline and other goods and services at a time when the economy has little capacity to absorb it,” the blog post said. “The result could be even higher rates of inflation in 2023.”

And so again we find ourselves staring down the barrel of economic disaster as the Biden administration offers up empty promises. 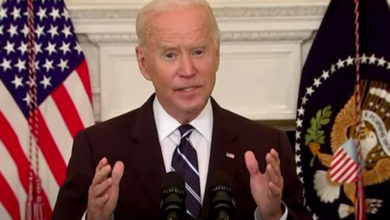