The disclosure comes amid new FBI whistleblower allegations backed by documents that show President Biden “was aware of Hunter Biden’s business arrangements and may have been involved in some of them,” according to Sen. Chuck Grassley, R-Iowa.

The FBI has been in possession of “voluminous evidence” of the potential criminality of those ventures, Grassley wrote in a letter Monday to Attorney General Merrick Garland, FBI Director Christopher Wray and U.S. Attorney for Delaware David Weiss.

The $40 million investment by Yelena Baturina, the billionaire widow of a corrupt former Moscow mayor, was reported Monday by DailyMail.com.

Baturina’s brother Viktor Baturin told the British news site the $3.5 million sent to the Biden business in 2014 – when Joe Biden was vice president of the United States – was “a payment to enter the American market.”

The 2014 transactions were flagged in suspicious activity reports filed to the Treasury Department, as documented in a September 2020 report by the Senate Homeland Security Committee.

The $40 million, delivered two years earlier, came from a Swiss company owned by Baturina, Inteco Management AG. The company made her the richest woman in Russia at the time. According to Forbes, her current net worth is $1.4 billion.

The emails documenting the investment came from a leak obtained by an anti-corruption group, the Kazakhstani Initiative on Asset Recovery, DailyMail.com reported.

The recipient of the emails was a Kazah businessman named Kenes Rakishev whose estimated worth is more than $950 million.

Rakishev, who became a business partner with the president’s son, was photographed with Joe Biden at a meeting at Cafe Milano in Washington D.C., in 2015, when Joe Biden was vice president.

Baturina and her husband, Yuri Luzhkov, who died in 2019, also were invited to the Cafe Milano gathering to meet Joe Biden.

A partner in Rosemont Realty was Devon Archer, a former adviser to John Kerry who was sentenced in February to more than a year in prison for his role in a scheme to defraud a Native American tribe of $60 million in bonds.

In one of the leaked emails, Archer informed Rakishev that Rosemont wanted him to invest in a U.S. office building venture along with Baturina.

“I know you mentioned you were less interested in real estate but this is a deal we’re closing next month and it’s just too attractive not to share,” Archer wrote.

Archer said Baturina’s company Inteco, “who I know you know, is taking a significant equity piece” and Rosemont would “love to have you on board.”

Meanwhile, Grassley, in his letter Monday, said the FBI, according to whistleblowers and their documentation, possesses “significant, impactful and voluminous evidence with respect to potential criminal conduct by Hunter Biden and James Biden.”

“The documents in the FBI’s possession include specific details with respect to conversations by non-government individuals relevant to potential criminal conduct by Hunter Biden,” Grassley wrote.

Documents held by the bureau, the senator said, include information on Mykola Zlochevsky, the owner of Ukrainian natural gas firm Burisma Holdings.

Archer, as well as Hunter Biden, served on the board of the Ukrainian company, for which the president’s son received some $1 million a year while his father was in charge of U.S. policy in Ukraine under President Obama.

Fighting corruption
During the hearings for the Democrats’ first impeachment of President Trump in October 2019, then-Deputy Assistant Secretary George Kent testified that he raised concern at the State Department that Hunter Biden’s lucrative position with Burisma posed a conflict of interest but was rebuffed. An email by Kent that was withheld from Trump’s team during the impeachment proceedings warned that Hunter Biden’s job could “undercut” American efforts to fight corruption in Ukraine, which happened to  be the No. 1 policy objective.

Joe Biden boasted in a panel at a meeting of the Council on Foreign Relations that as vice president he leveraged $1 billion in military aid to pressure Ukraine to fire its top prosecutor, Viktor Shokin, who was investigating Burisma at the time. Defenders of the then-vice president insist Biden pressed for Shokin’s ouster because the prosecutor wasn’t pursuing any corrupt individuals or companies.

But that, at the very least, sounds to most legal minds like a classic disagreement over the facts warranting an investigation.

In fact, as John Solomon reported for The Hill in September 2019, hundreds of pages of memos and documents from the American team helping Burisma stave off its legal troubles conflict with Joe Biden’s explanation, including a plan to stop Ukrainian prosecutors from interviewing Hunter Biden during the 2016 U.S. presidential election.

Messages on Hunter Biden’s infamous laptop show his funds were intermingled with Joe Biden’s, while one message showed a 10% cut from a Communist Party-tied Chinese firm was reserved for the “big guy.”

In a report released one month after the 2020 election, two Republican-led Senate committees concluded from their investigation that members of Joe Biden’s family engaged in deals with Chinese nationals who had “deep connections” to the Communist Party that “bore financial fruit” when Joe Biden “was vice president and after he left office.”

The report warned that the “connections and the vast amount of money transferred among and between them don’t just raise conflicts of interest concerns, they raise criminal financial, counterintelligence and extortion concerns.”

A post-election survey found more than one-third of voters who chose Joe Biden were not aware of the evidence linking the former vice president to corrupt financial dealings with China through his son Hunter. Had they known, according to the survey commissioned by the Media Research Center, President Trump would have won the election, garnering at least 289 Electoral College votes.

John McCain: Barack Obama ‘smarter than the rest of us’ 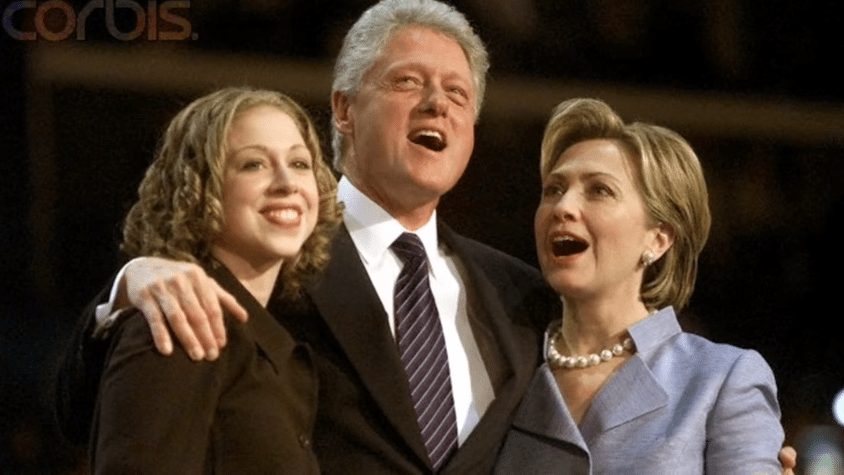