Vermont Sen. Bernie Sanders may have abandoned his effort to become the next president, but as he left the race for the White House, he insisted that the left-careening political movement he spawned will continue, according CBS News.

“While this campaign is coming to an end, our movement is not,” Sanders said, according to a network report.

While Sanders acknowledged that former Vice President Joe Biden will likely become the Democrat nominee in August, he stopped short of endorsing his former rival. Instead, CBS News says Sanders “will remain on the ballot in states that have yet to hold primaries, hoping to rack up more delegates so that his supporters, and his policies, will be able to influence the party platform at the Democratic convention.”

As reported earlier by CFL’s Fay Higbee, the stock market reacted with an upward swing as Sanders announced his departure. Both Sanders and Sen. Elizabeth Warren had troubled Wall Street for their anti-capitalism campaign rhetoric.

Fox News is reporting that Sanders is claiming a “symbolic victory.”

“Our movement has won the ideological struggle,” Sanders reportedly stated, claiming that the party’s leftward tilt to include a $15 minimum wage, universal health care and other issues he championed have been “more widely embraced.”

That would include gun control, which Sanders and every other Democrat in the race over the past 15 months has touted as part of their agenda. And that issue may dog Biden as the nominee, thanks to a surge in gun ownership and increased interest in owning guns in reaction to the ongoing coronavirus pandemic. Gun stores all over the country have reported surging business, including many customers who are first-time buyers and may have previously supported gun control.

As noted Wednesday by Alan Gottlieb, chairman of the Citizens Committee for the Right to Keep and Bear Arms, reports of burglaries and looting, prisoner releases from jail, police officers testing positive for the virus and being sidelined make it “understandable why more people want to become gun owners. They are concerned about becoming crime victims, and about police agencies lacking the manpower to respond quickly, or even at all.”

Gun rights groups have been filing federal lawsuits against governors and other state-level officials over orders to shut down gun store operations as “non-essential” businesses, despite a Department of Homeland Security advisory to the contrary.

“The irony is that state officials pushing this foolishness have their own armed security,” Gottlieb noted. “Can you say hypocrite?” 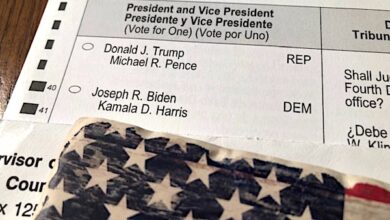