By: Diane Sori / The Patriot Factor / Right Side Patriots on CPR Worldwide Media

“It is a very tight race. Nothing is guaranteed because there is a huge, worldwide effort to topple the Likud government.”
– Israeli Prime Minister Benjamin Netanyahu at a recent election rally in Tel Aviv

Tomorrow, Israelis cast their votes in a general election and sitting Prime Minister Benjamin Netanyahu…whom I call ‘the world’s last great statesman’…faces his biggest challenge to date, and if he loses NOT only does Israel lose but America loses…and loses big…as well.

The Jewish State of Israel loses as there is a possibility that Netanyahu’s Likud Party can lose four or more of the Knesset’s 120 seats to the left-of-center Labor party, whose leader, Isaac Herzog is co-chair of a bloc known as the Zionist Union. And if that happens the prime ministership of Israel changes hands, as the leader of the party that wins is often the one who becomes prime minister after the president asks him or her to form a government.

And Herzog is currently believed to have 56 members of the Knesset aligning themselves with him and his party..including having Israel’s minority Arab parties aligning with him…giving Herzog one more seat than Netanyahu. This makes Herzog in position to form a governing coalition and reaching the needed 66 seats to gain control (remember that Israelis vote for parties, not individual candidates like we do and that there are 13 political parties represented in the Knesset and 29 parties without seats). If this happens, Herzog’s Zionist Union alliance, along with his main supporter centrist Tzipi Livni, would see him serving as Israel’s prime minister for two years and then turning over to the country’s prime ministership to Livini…the former justice minister…for the remainder of their government’s slated four-year term.

And with this happening Herzog would most assuredly turn over land for a so-called Palestinian state and still NOT get a lasting peace…all while being bullied into returning to Israel’s pre-’67 now indefensible borders and doing so in hopes of toning down Iran’s rhetoric. But even with this appeasement, Obama will in the end give Iran its so-wanted nuclear weapons. And if those weapons end up reigning down on Israel, there is NOT a damn thing Obama and crew will do to help Israel. To Obama, Israel is just a thorn in his side…in his legacy’s side…Herzog needs to learn this but even if he does he does NOT have the courage to allow Israel to act on its own.

But thankfully with Israel’s coalition-building being a nefarious game…just like here in the U.S… surprises can and have happened at the last minute as Netanyahu is seen as having a better chance of actually forming a governing coalition, and keeping Israel safe. And the best surprise would be if a right-wing coalition of the Likud Party, the Jewish Home, ultra-Orthodox parties, the Kulanu, Yisrael Beytenu and Yachad parties unite, bringing the total to 66 Knesset seats and Benjamin Netanyahu would remain prime minister. And while most of the recent polls do show the Likud Party…and sadly Netanyahu himself…losing some support, if that loss levels off at or near the current reported levels…which many pollsters predict it will…Natanyahu’s coalition remains the front-runner in the race.

But hoping that does NOT happen is Israel’s (and America’s) back-stabbing enemy Barack HUSSEIN Obama…the very man who welcomes the Muslim Brotherhood to the White House and into our halls of government, but who refuses to meet with the leader of America’s staunchest ally because this brave man continues to sound the alarm about the sell-out deal he, Obama, is about to sign with Iran…if it hasn’t been done already without ‘We the People’ or even the media knowing about it.

And again, just like here in the U.S., politics is a secretive game in Israel as well. Take for example that while political parties in Israel are prohibited from accepting money directly from any and all overseas donors during an election campaign, that has NOT stopped Obama and his cronies from working behind the scenes to help defeat Netanyahu. And how are they doing that…under Israeli law such funding is allowed for non-profit organizations who share political viewpoints, and with U.S. consultants having advised Israeli candidates in the past, the OneVoice Movement…a D.C. based group that has received $350,000 in recent State Department grants…has set-up shop in Tel Aviv and is funding a campaign… Victory 15…which they so NOT lovingly refer to as ‘Just Not BiBi’…using these…our taxpayer funded grants to do so.

However, a bipartisan Permanent Subcommittee is now looking into the (strong) possibility that Barack HUSSEIN Obama himself and/or top operatives within his administration are silently…if you will…actually orchestrating…via this organization…the removal of Benjamin Netanyahu in order to replace his government with a much more ‘Obama-friendly’ and leftist government.

But that investigation NO matter the outcome will be too little, too late, as the race to oust Netanyahu is just hours away.

So who is Isaac Herzog and why does our administration want him as Israel’s next prime minister…simply…Herzog is Israel’s version of Obama. Where Netanyahu’s campaign has focused on the all-important, extremely critical, issue of Israel’s national security…which must be paramount in today’s world where Iran and others want Israel and the collective Jewish people wiped off the map…Herzog…true to the kumbaya left’s touchy-feely agenda has made social issues and welfare…and to a much lesser degree the economy…his priority…just like Obama has done here in America. And like Obama, Herzog too has turned a blind eye to foreign affairs and to those who are Israel’s true enemies.

Also like Obama, Herzog just does NOT get that if a nation is NOT secure within its own set borders, a logical assumption can be made that its economy will NOT thrive nor will it improve. And like America with Obama at the helm, Israel with Herzog at the helm will also have a leader who leads from behind…if he leads at all.

And what many here in America seem to forget is that America itself has a lot to lose if Netanyahu and his government are replaced. First, know that an Iran deal will be signed post-haste and they will have a nuclear weapon within months. Remember BiBi telling us that Iran can already reach Israel and that the ‘Great Satan’…America…is their true goal… well know that without BiBi standing between Iran and America the nuclear clock will have just ticked down quite a few notches.

Next, if Netanyahu loses, a two-state solution to the so-called ‘Palestinian conflict’ will most assuredly take place as Israel’s new leaders will acquiesce to the already proven NOT to work idea that trading land for peace will work this time. And as Israel gets smaller land-wise, terrorists groups like Hamas and Hezbollah will grow stronger and Israel will see an increase in suicide bombings and such, which in turn will see their counterparts here in the U.S. ‘wake-up’ from their sleep and what we see happening in Israel will start happening here.

Another thing to consider is with a new ‘dovish’ government now minus the strong and rightfully hawkish leadership of Benjamin Netanyahu, what will happen to the new coalition of sorts that has been formed between Israel, Egypt, Jordan, and Saudi Arabia…an anti-ISIS, anti-Muslim Brotherhood, and anti-Iran coalition. Will that coalition…a coalition so advantageous to the American-led ‘War on Terror’ and to America’s keeping the fighting ‘over there’ instead of it spilling over onto our soil…will that coalition be dissolved as Obama’s people start pulling Herzog’s strings…there’s a good chance it would be.

And lastly, if said ‘dovish’ government is put into place our actual alliance with Israel…our staunchest ally in the Middle East…America’s ally NOT Obama’s ally that is…is placed into jeopardy for how can a nation truly be our ally when its leaders are NOT really our friends so to speak…when its leaders sold-out to those in minority parties just so they could garner votes to rule the roost instead of understanding that those they sold-out to are NOT only theirs and America’s enemy, but are an enemy driven by religious fanaticism and delusions who are out to kill us all. But then again, Israel’s left is just the same as our left…clueless and out of touch with reality in understanding the true nature and true motives of the enemy…a tangible, flesh and blood enemy…surrounding and ready to gobble-up the world’s only Jewish state.

So I hope and pray that the people of Israel think long and hard before casting their votes tomorrow…I hope that they think through all the ramifications of how even one vote can change the direction of their country’s future…for like America, Israel needs hawks NOT doves if they are to survive the wolves knocking on their door. 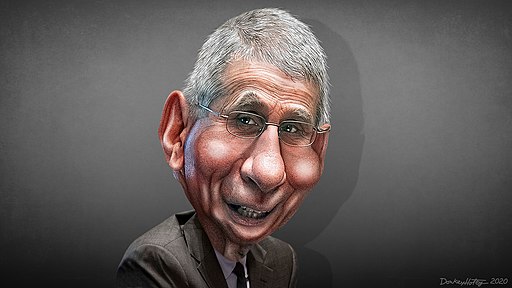