On Tuesday, House Republicans released their final report on the Benghazi terrorist attack that saw four Americans, including Ambassador Chris Stevens, killed.  The report verifies what many already knew — that the Obama regime and Hillary Clinton did nothing to save U.S. lives.

But the situation is even worse than one can imagine.  According to Fox News’ Adam Housley, Clinton’s Sate Department refused the weapons requested by agents because — get this — they weren’t “aesthetically pleasing.”

Here’s video of Housley’s report, courtesy of the Gateway Pundit:

“When we talk about those with reactions I have a couple I spoke with including one special agent who was on the ground that night who says to me in Benghazi, quote, ‘the report continues to show how ridiculous the State Department makes it to give support to a special agent on the ground when he says he needs support. There were about 10 of us who continually asked for more weapons and more security in Benghazi and were routinely denied.’ And we reported about that because the State Department told him it wasn’t aesthetically pleasing to have a belt-fed machine gun, for example.”

In other words, Clinton’s State Department was more concerned with the looks of a weapon than the safety of Americans in harm’s way.

Meanwhile, Democrats want you to think this is all a conspiracy theory cooked up by Republicans to make Clinton look bad.  And of course, the Democrat-media complex continues to carry Clinton’s water.

To paraphrase “Dirty Harry” in “The Enforcer,” four dead Americans is a hell of a price to pay for being stylish.

Military Says China Not Yet More Powerful, But Is Close 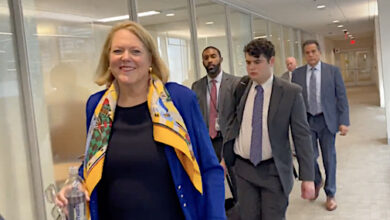