While appearing on CNN’s “State of the Union,” GOP presidential candidate Ben Carson seemed to swallow Planned Parenthood talking points and claimed that “hateful rhetoric” played a role in the Colorado Springs shooting.

Odd, Carson is sounding just like the folks at Planned Parenthood trying to foment hate and violence against those who oppose abortion:

To all of the trolls who spew hatred and lob attacks at us, PP family, or supporters online, you are a part of the problem. #StandWithPP

Americans reject the hatred that fueled this tragedy. We cannot accept this as normal. #StandWithPP

“Hatred,” of course means “any disagreement with Planned Parenthood.”  Because, how dare anyone oppose the wholesale slaughter of unborn children and the sale of fetal body parts.

The Daily Caller said Carson also appeared on ABC with the same rhetoric:

He also made the same claim in an interview with CBS “Face the Nation” host John Dickerson.

Of course, Carson’s efforts to pander to the moderates and leftists did him no good:

Of course, that’s not what Carson said, but it’s well known that facts to liberals are like holy water to a vampire.

Great job swallowing the liberal line and blaming right-wingers and the Prolife movement, Ben, we all really appreciate it. (This is sarcasm.)

I don’t think this is gonna play well with the base, because it ain’t playing well with me.

In short, Carson did himself no favors with these statements. 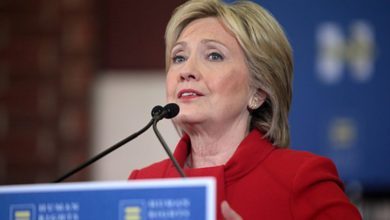