While watching Barack Obama repeatedly declare that he has a pen and a phone and will rule by executive fiat whenever and wherever he can because he’s the president, I realized something: We’ve elected Judge Dredd.

For those who may not be familiar with the reference, Judge Joseph Dredd is the character played by Sylvester Stallone in the 1995 movie who unilaterally dispenses justice with a very heavy dose of gunfire.  His signature line: “I am the LAW!!”

Time and again we have heard this president declare that he will bypass and usurp Congress to ram his progressive agenda down our throats.

That was the main point of his 65-minute-long State of the Union, and he’s repeated the promise several times since.

But that can all be summed up as follows:

What’s sad is that a growing number of liberal Democrats want Obama to rule like a dictator.  Sadder still, most Republicans refuse to do anything to stop him.

Remember, Obama hasn’t just threatened to rule by decree — he’s done it repeatedly, unilaterally changing Obamacare a number of times, ignoring laws that don’t suit him and changing others with executive orders and regulations.

Ironically, Obama slammed Bush for his use of executive orders:

But now that he’s president, all bets are off.

So remember, the next time you hear Obama declare that he has a pen and a phone and will unilaterally bypass Congress, he’s not just saying that he’s above the law — he’s saying that he IS the law.

The only thing left now is the Napoleonic coronation… 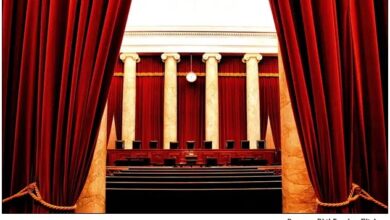