If you’re not familiar with the saga of Scott Rohter, you can get up to speed here.  In a nutshell, he’s mad at me because I did not post on his site but did post on Facebook while balancing work, writing and family issues in the middle of a move.  He hit me up for money and I told him this wasn’t a good time for that but I would consider it in a couple weeks after things had settled down a bit.  He was okay at first but last Friday — out of the blue — he blasts me on Facebook, calling me a liar.

Since posting that article, I’ve heard from a lot of people who say they have suffered Rohter’s anger, and  I’ve been given a piece of audio that, I think, pretty much speaks for itself.

In this audio clip, Rohter can be heard engaging in a Mel Gibson-style meltdown that simply has to be heard to be believed.

Tom Harrison, an acquaintance of Rohter who warned me of his anger early on, explains the context of what you are about to hear.

“With me, he was upset that I DECLINED to admin his site, then got madder when things did not go as planned, even though all I promised to do was to give advice, then switch over the pointers from the old site to the new one. Problem was, Scott left almost no time to fix anything, because the old site was going dark. The wrong security certificate was installed, and a proper one would have been quite expensive. Scott couldn’t see the new site (his computer connection), even though 35 people were already on it, and he blamed me for that, as well,” he wrote.

So, suddenly I’m stupid… and banned. You should hear the message he left on my voicemail when I posted a defense of the move problems and the work being done to correct them… ON THE NEW SITE (yeah, it was up, though permission problems still existed).

See, I had NO experience with PHPFox, and that’s why I declined to admin the site. And when it didn’t come up perfectly, I got the blame even though it was a transfer and co-habitation (two sites on same server) problem.

That didn’t make me stupid, but it did mean that Scott was an ungrateful SOB.

The clip can be heard below, or here if you don’t see the audio widget, and as Harrison warned, it’s not exactly work- or family-friendly.

Examiner’s Dean Chambers has more here, including reports that show Rohter has a history of this kind of behavior.

The shame of it is, had Rohter left me alone as I requested, I may very well have contributed to his effort.  Needless to say, I won’t be supporting him financially.

I understand that he still has supporters, and I’ve been told that at least one of them has accused me of “feathering my nest” by posting on his site.  So I took a look at my Analytics for all of my pages and Examiner titles, and out of the more than four million pageviews I’ve received since I joined early this year, only 184 came from his page.  Not a very big feather, IMHO.

Update: Rohter has publicly threatened to harass and intimidate myself and other conservative bloggers.  More here. 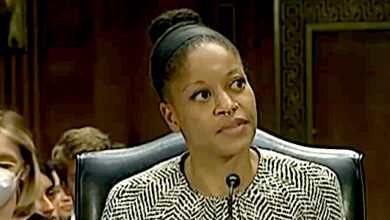