The Biden classified documents found in several places recently has become a deep mess. The DOJ has allowed attorneys with no security clearance to search for classified documents with no oversight from the FBI or anyone else. Secretary of State Antony Blinken, the former Director of the Penn Biden Center, had “no knowledge” of any classified documents taken there. Sgt Schultz on Hogan’s Heroes was more convincing when he exclaimed, “I know nothing. Nothing.” So far, 25 documents marked as classified have been found…some of which had the “top secret” designation.

Attorneys with no security clearance

The White House has not yet explained why Biden’s personal attorneys initially searched Biden’s residence and the Biden Penn Center for classified documents.

On Thursday, five additional classified documents were found just hours after the White House revealed that one document had been found Wednesday in a storage area near the garage of Biden’s Wilmington home, the New York Times reported Saturday. Justice Department employees retrieved the document Thursday that had been unearthed Wednesday by the president’s legal team, who did not have security clearances.

Biden’s personal attorney, Bob Bauer, stated Saturday that the single document lead Biden’s attorneys to five more classified documents, which were apparently unearthed because “Biden’s personal legal team did not have security clearances, so when they saw the one-page document with classification markings, they cleared the area and did not look further.”  Breitbart

Why didn’t Biden or the DOJ use people with valid security clearances to search for more classified documents? Are they hiding something?

While outside of government, Blinken served as managing director of the Penn Biden Center for Diplomacy and Global Engagement, which was affiliated with the University of Pennsylvania but located in Washington.

“Just as you heard from President Biden about a week ago I was surprised to learn that there were any government records taken to the Penn Biden Center. I had no knowledge of it at the time,” Blinken said when asked about the documents, adding he would cooperate fully with a Justice Department review.  Reuters

The mainstream media pushes the narrative that Biden officials did it exactly right and turned everything over to the DOJ, who was supposed to turn them over to NARA- the National Archives. None of which poses the question of why a former VICE PRESIDENT had possession of documents from the Obama era that he should not have possessed. Is “plausible deniability” the plan here?

What’s China got to do with it? Anything?

The issue of Hunter’s claim of the residence as his own, and the University of Pennsylvania receiving Chinese donations is concerning. There are no visitor logs, according to the Secret Service, in spite of the fact that Biden claimed he used the residence as a meeting place. Oh, wait. Then the White House claimed that it was his private residence and therefore did not need visitor logs. Who viewed the documents? The whole thing screams a problem that we’d never have known about if it weren’t for the first media report. Which is a miracle in and of itself, since CBS, the one who broke the story, is generally left wing.

And we also know one of the places they went was either owned or rented by a drug addict by the name of Hunter Biden, whose associates during part of this period of time included prostitutes, Ukrainian oligarchs and business associates from communist China. John Ratliffe former Director of National Intelligence

This rabbit hole may be deeper than we want to acknowledge. Without true documentation, these issues will be difficult to prove.  The paper trail needed may not exist…which may be by design. From attorneys with no security clearance and no oversight, to an official who claims to know nothing, it means there is a serious National Security breach. But if they don’t prosecute Joe Biden, they will not be able to prosecute Donald Trump – he at least had a secure place for his documents and had the right to have them. Biden did not have either. 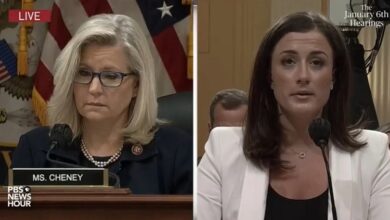 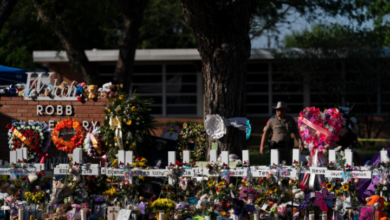