Only days ago the National School Board Association asked Joe Biden to use federal anti-terror laws against parents who are protesting – and fighting – the leftist agendas of their school boards, who want to install Critical Race Theory and other indoctrination in classrooms.

Now the administration has responded with orders from Attorney General Merrick Garland to the FBI to move against those parents.

Without citing any instance of criminal activity, he cited a “disturbing spike in harassment, intimidation, and threats of violence against school administrators, board members, teachers, and staff.”

He credits them with “the vital work of running our nation’s public schools,” but doesn’t mention at all the disputes over the leftist agenda-driven instructions being adopted, including instances that, in one school, had students play act in roles of homosexuals and transgenders seeking sex from a classmate.

Garland warned that while debate is protected under the Constitution, that protection does not extend to “efforts to intimidate individuals based on their views.”

However, in one case, it was a school district that sued a parent for requesting public information under a freedom of information law, directly retaliating against her for her views.

The Department of Justice, he said, will “prosecute” events it dislikes and further, “will announce a series of measures designed to address the rise in criminal conduct directed toward school personnel.”

While there have been instances of protesters disrupting meetings and refusing to leave, the board members also have refused to allow people to express their views, have shut down meetings arbitrarily, have forged ahead with indoctrination programs to which parents object and refused to allow them to opt their own children out, and more.

Garland’s letter addressed a “partnership” involving “federal, state, local, tribal, and territorial law enforcement” to address “threats” against educators who are using public schools for their own agendas.

“I am directing the Federal Bureau of Investigation, working with each United States attorney, to convene meetings with federal, state, local, tribal, and territorial leaders in each federal judicial district within 30 days of the issuance of this memorandum.”

He said the meetings will be to develop “strategies” such as setting up “dedicate lines of communication for threat reporting.”

At the Gateway Pundit was the comment, “The Biden regime is targeting political opponents and using the might of the federal government to abolish the First Amendment by classifying dissent as ‘domestic terrorism.’

The Daily Caller News Foundation reported Garland failed to specify “what it classifies as a crime.”

“Garland’s statement follows a letter from the National School Board Association (NSBA) that asked the federal government to get involved in the ‘immediate threat’ of violence from parents faced by American public schools and its education officials. The NSBA said the incidents could be ‘the equivalent to a form of domestic terrorism and hate crimes,’” the report said.

Nicole Neily, chief of Parents Defending Education, told the Daily Caller News Foundation, “It is shameful that activists are weaponizing the US Department of Justice against parents. This is a coordinated attempt to intimidate dissenting voices in the debates surrounding America’s underperforming K-12 education – and it will not succeed. We will not be silenced.”

Other issues that have drawn parental opposition to school agendas include masking mandates and vaccine requirements. Another issue is the transgender promotions that many schools are seeing fit to adopt. 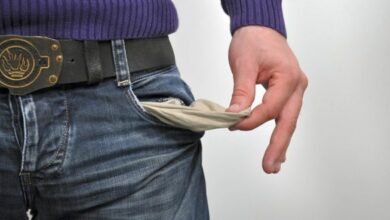