For the first time in his presidency, Joe Biden actually visited the southern border.

The migrant crisis has been a nagging issue for the White House these last two years, as their lax policies regarding the border not only create an undue burden on locals in Texas, Arizona, and beyond, but have also been partially responsible for a wild uptick in migrant caravan size.

Now, with Biden finally heeding that call to visit, El Paso authorities are cleaning up the migrant camps that have prompted the President’s visit, defeating the purpose of proving to Biden just how bad things have gotten.

Multiple media outlets report local police and Border Patrol agents began an effort during the last week to remove and arrest migrants from the streets of El Paso ahead of President Joe Biden’s visit to the Texas-Mexico border. The roundup appears to be an attempt to set up a Potemkin Village that paints a much different picture of the El Paso humanitarian crisis of just two weeks ago.

And there could be other strangeness as well.

It is not known what President Biden will see when he visits the border in El Paso on Sunday. The White House did not disclose in advance who the president will meet with and what he plans to visit during the border trip.

The New York Times stated that Biden’s visit to El Paso “is bound to be awkward. Governor Abbott, who’s actions helped slow the migrant crisis in El Paso, has not announced any plans to meet with the president.

What is clear is the El Paso President Biden Visits on January 8 is much different than the El Paso of just two weeks ago.

Biden has already been accused of not understanding the severity of the issues facing El Paso and other cities, and a whitewashed version of his visit certainly won’t help. 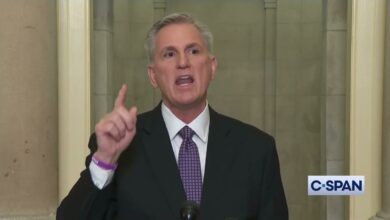