It turns out that Siraj Wahhaj, the man arrested at the New Mexico Muslim Camp, has some radical connections: his father is Imam Siraj Wahhaj, one of Linda Sarsour’s “favorite people” according to Breitbart. His father is also connected to the 1993 WTC bombing. 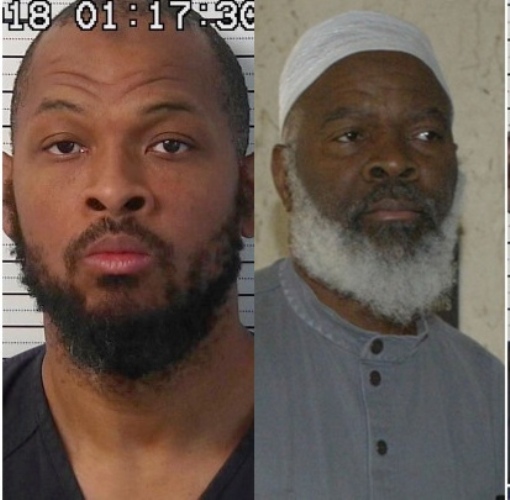 The FBI has been surveilling the property for months, and it took an investigator from out of state delivering a note about the conditions inside the camp for local law enforcement to take action. Too late to save the boy whose remains were found, however.

Siraj Ibn Wahhaj’s father heads up the Masjid At-Taqwa mosque in Brooklyn, New York, which has been described as “radical.” In 1991, he was invited to the US congress to deliver the invocation. Two years later, the elder Wahhaj was also named as a potential co-conspirator in the 1993 investigation into the World Trade Center bombing, but was never charged. He appeared as a character witness for Sheik Omar Abdel Rahman, the so-called “Blind Sheik” who masterminded the bombing, according to CBS.

Wahhaj Senior was a keynote speaker at the Democratic National Convention during the Obama years according to the CounterJihad report.

Here are some statements made by the elder Wahhaj during a 1992 sermon:

“Islam is better than democracy- Allah will cause his deen [Islam as a complete way of life], Islam to prevail over every kind of system, and you know what? It will happen…

If only Muslims were clever politically, they could take over the United States and replace its constitutional government with a caliphate. If we were united and strong, we would elect our own emir and give allegiance to him. Take my word, if eight million Muslims unite in America, the country will come to us.”

FBI/Law Enforcement Surveillance at the New Mexico Muslim camp had been ongoing for several months. The child whose possible remains were found was said to have been there in Jan/Feb of 2018.

At the time the only complaint on the compound was from the people who actually owned the property- Jason Badger and his family -which was a civil complaint, not criminal. The squatters did buy the adjacent land, but managed to encroach on the Badger’s property. The neighbors worried about the sound of gunshots.

“Law enforcement officials arrived to what they have described as a stark scene: a trailer covered in plastic and ringed with tires that was buried in the dirt on a property littered with trip hazards, woods with upturned nails, broken glass and open trenches. A unsupported tunnel, about three to four feet wide and two and a half feet tall, extended for approximately 100 feet, constituting another danger on the property, prosecutors wrote…”

These people went to great lengths to keep people out.

The tunnel was where the remains of the boy were found. The Coroner says that due to the state of decomposition, it will take a while to make positive ID.

Note that according to Mercury News, prosecutors did not raise the issue of the children being brought there to train them for school shootings.

The Imam says that his son “can be a little extreme.” A little? Siraj Wahhaj kidnapped his own son, took him to the desert without his medications, tried to exorcize the boy from his disability, trained other children in school shootings, starved them, starved the women who were there…etc. But that’s only a “little” extreme? As we said, the nut doesn’t fall far from the tree.