I visited America on Monday, attending a rally at the state capitol in Arizona featuring well over a dozen currently and newly elected state legislators.  It was awesome.

In the Washington, D.C. area, everything is so locked up and buttoned down that it is almost as if people speak in hushed tones, the acquiescent silence only broken by the never ending media outrage that President Trump expects an honest examination of the past election.

An election where the laws were arbitrarily changed to benefit Joe Biden in Pennsylvania, Michigan, Wisconsin and Georgia.  Where voters in rural and suburban areas were subjected to significantly more restrictive rules than those in urban areas when it came to the treatment of their mail-in ballots.  Where election observers were not allowed into counting facilities, thrown out when they objected to clearly illegal activity by election officials. Where observers were sent home under false pretenses only to discover that the non-observed counting resulted in a massive vote swing to Biden.

I don’t know about the rest of the country, but in Phoenix, Arizona, the people are, shall we say, more than a little bit irritated. In fact, Joe Biden was not the most unpopular man to the crowd.  That distinction goes to Arizona Gov. Doug Ducey, who has failed time after time to push for an honest count in the state.  Ducey refused to acknowledge and sufficiently respond to the results of a ten-hour hearing held by legislators looking into election abuses in the state acting as if the mountain of evidence didn’t exist.

The incredible part of the event were the state legislators.  They were on fire – time after time referencing the voting irregularities particularly in Maricopa County which accounts for 60 percent of the registered voters in the state.  Men and women from all over the state providing impassioned, patriotic speeches simply demanding answers and for the Governor and Speaker of the House to take action to ensure that the wrong electors were not certified to vote in the Electoral College.  Honest people just trying to represent their constituents who are demanding that Arizona’s voter count be fair and honest.

One legislator put it very succinctly when he pointed out that Gov. Ducey was at one time the CEO of Coldstone Creamery and if he found that the most important store, which the company depended upon for survival, suddenly had a glitch which caused it to give away thousands of scoops of ice cream for free, he would have certainly forced an audit on that store to find out what happened.  He pointed out that irregularities with the counts in Maricopa County demand the same kind of forensic audit that a company would conduct to find out what went wrong.

And this might surprise some readers, but the crowd and legislators were not necessarily pushing for Arizona’s eleven Trump electors to be certified, but instead for the decertification of the Biden electors.  With the inability to determine who won the state, the general consensus was that the state should not certify electors at all, out of fairness to voters on both sides

The crowd itself was loud and some of the non-legislator speakers did not engage in polite speech, and the opportunity to be a small part of the rally was invigorating   One speaker’s family had escaped China when the communists took over.  At first to Taiwan and then to the United States, until he landed in Arizona after more than 30 years in a rapidly deteriorating San Francisco. He issued a clarion cry for liberty directly from the mouth of someone who’s family escaped oppression.

One woman who was hanging toward the back of the crowd holding her American flag admitted that she feared for her country because if the election could be stolen, and the politicians and courts would not do anything about it, what was left.

In that short conversation, she laid out why we still fight.  Why I got on a plane to go to Phoenix for an afternoon.  Why so many state legislators are putting their careers on the line, why the Attorney General of Texas is suing states whose state officials changed their election laws without going through the normal legislative process.

At this point it matters less who won or lost, than for the votes to have been tallied and counted fairly. If hard working American taxpayers lose faith in the legitimacy of the government, America fails.

In Phoenix, Arizona, citizens and state legislators continue to battle for the precious concept that the consent of the governed matters.

It was an inspiring thing of beauty to watch and God willing they will prevail. 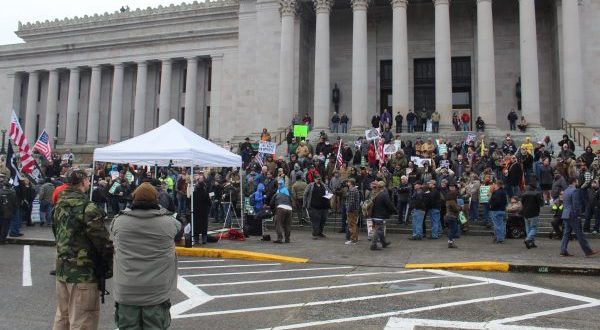 WA candidates for governor energize hundreds of 2A activists 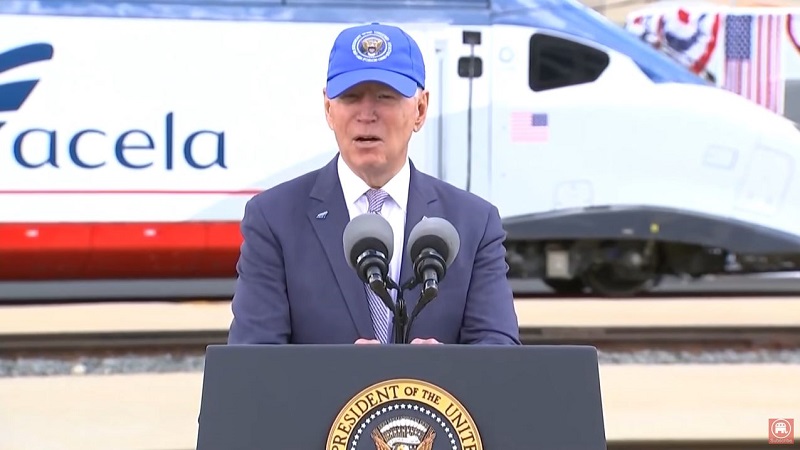