In 2016, the big social media companies were criticized for allowing others to influence the outcome of the election, but in 2020 the big social media companies are directly interfering in the election more than anyone else is by a very wide margin.  They insist that they have a duty to prevent the flow of “harmful information”, but whenever they act it always seems to help Democrats and hurt Republicans.  It has become obvious that Facebook, Twitter and other large social media companies are trying to help Democrats win, and that is especially true when it comes to the presidential election.  No matter what you think of Joe Biden and no matter what you think of Donald Trump, all Americans should want the election to be fair.  Unfortunately, the big social media companies have discovered that they have the ability to sway public opinion on a massive scale, and this is the first election in which they are really flexing those muscles.  But if we allow those that control the levers of power on the Internet to determine the outcomes of our elections from now on, our system is doomed and the American experiment will be over.

On Thursday, the New York Post published a bombshell article about Hunter Biden that included some really shocking new revelations.  As soon as I read the article I recognized that it was very newsworthy and I immediately linked to it on The Most Important News, and other conservative websites did the same thing.

FACEBOOK AND TWITTER TOOK STEPS ON WEDNESDAY TO LIMIT THE SPREAD OF A CONTROVERSIAL NEW YORK POST ARTICLE CRITICAL OF JOE BIDEN, SPARKING OUTRAGE AMONG CONSERVATIVES AND STOKING DEBATE OVER HOW SOCIAL MEDIA PLATFORMS SHOULD TACKLE MISINFORMATION AHEAD OF THE US ELECTION.

IN AN UNPRECEDENTED STEP AGAINST A MAJOR NEWS PUBLICATION, TWITTER BLOCKED USERS FROM POSTING LINKS TO THE POST STORY OR PHOTOS FROM THE UNCONFIRMED REPORT. USERS ATTEMPTING TO SHARE THE STORY WERE SHOWN A NOTICE SAYING: “WE CAN’T COMPLETE THIS REQUEST BECAUSE THIS LINK HAS BEEN IDENTIFIED BY TWITTER OR OUR PARTNERS AS BEING POTENTIALLY HARMFUL.”

If Facebook and Twitter had taken similar steps when stuff was leaked about Trump over the years, we could forgive them for this sort of censorship.

But no matter where the leaks come from, and no matter how sketchy the sources are, the big social media companies always allow questionable stories about Trump to spread like wildfire.

They only step in when a story is going to be “harmful” to Biden, and that is fundamentally unfair.

When White House Press Secretary Kayleigh McEnany tweeted about this story, they locked her account too.

20 years ago, it would have been unthinkable for someone to try to censor White House officials, but now it is happening on a regular basis.

But anything goes when it comes to Trump.  You can say anything you like and spread any sort of wild rumors that you wish, and they will never do anything to you.

Republicans in the Senate such as Josh Hawley and Ted Cruz were absolutely furious when they realized what Facebook and Twitter were doing, and they demanded answers.

And why should they?  They have been getting away with censoring political speech for years.

Earlier this month, conservative host Mark Levin was absolutely outraged when Facebook decided to shadowban his account in the middle of election season…

FACEBOOK HAS JUST SENT US THIS MESSAGE. IT’S A CLEAR EFFORT AT CENSORSHIP. EVERY LINK I POST IS FROM A LEGITIMATE SOURCE. BUT BECAUSE SO MANY PEOPLE ARE SEEING WHAT I’M POSTING AND WE’RE WITHIN WEEKS OF THE ELECTION IT’S CLEAR THAT FACEBOOK IS TRYING TO INFLUENCE THE ELECTION’S OUTCOME. IT’S ALSO CLEAR FACEBOOK IS PUSHING A LEFTWING AGENDA.

Even more alarming is the fact that some Republican candidates for Congress are not being allowed to buy ads for their campaigns at all.  Aja Smith is an African-American conservative running in California’s 41st Congressional District, and Facebook has completely banned her from running political advertisements…

JUST TRIED TO RUN A FB AD TO PROMOTE MY FB PAGE AND IT TOLD ME I CANNOT RUN POLITICAL ADS OR PROMOTE MY PAGE! I AM SHADOW-BANNED ON TWITTER NOW FB IS GIVING ME A HARD TIME.

BUZZ PATTERSON, CANDIDATE FOR CALIFORNIA’S 7TH CONGRESSIONAL DISTRICT TOLD THE GLOBE HE AND HIS CAMPAIGN HAVE BEEN CENSORED AND NOTICED SHADOW BANNING. PATTERSON HAS 114,100 TWITTER FOLLOWERS, BUT FEW RETWEETED POSTS.

ERIC EARLY, CANDIDATE FOR CALIFORNIA’S 28TH CONGRESSIONAL DISTRICT SAYS IT APPEARS FACEBOOK HAS LIMITED HIS FOLLOWERS AT 23,000. ON TWITTER, EARLY HAS 84,800 FOLLOWERS, BUT HIS TWEETS DON’T GET RETWEETED AS MUCH AS THEY SHOULD.

If we allow Facebook and Twitter to keep doing this, it will just get worse with each passing election.

But so far nobody has found a way to stop them.

And once Democrats are in control in Washington, there will be very little that will be able to be done.

If Democrats are able to take the White House, the Senate and the House of Representatives in November, the big social media companies will deserve a ton of the credit.

In our entire history, political speech has never been stifled the way that it is being stifled today.  Our Constitution may still say that we are entitled to free speech, but those that control our most important online gathering places have a much different agenda. 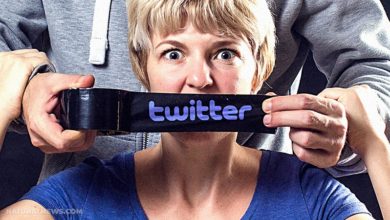 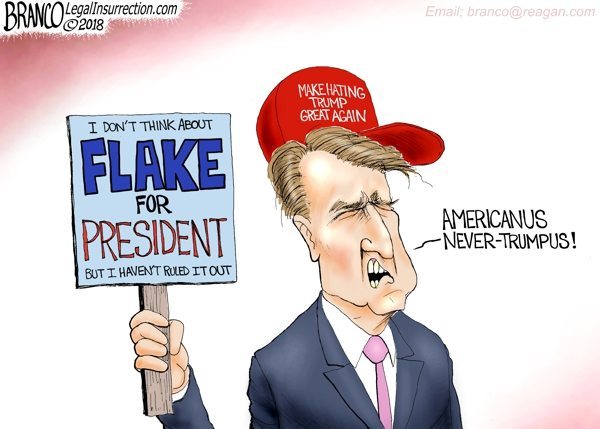 Cartoon of the Day: Flake News 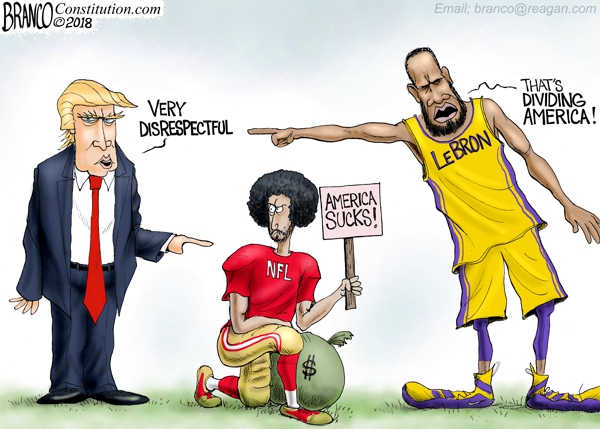 Cartoon of the Day: Division Playoff