FIRST and foremost, every (crooked and lying) dog has its day. Never forget that. As such, Arabella Advisors, founded by Eric Kessler in 2005, is no exception. But time is of the essence.

AS it happens, it wasn’t until a few months ago that Capital Research Center, America’s leading Investigative Think Tank, nailed Arabella’s hide to the wall, in a manner of speaking.

AND while Arabella is forthcoming about its leftist-bent, that’s where their honesty factor starts and stops. Transparency, what the hell is that??

Arabella Advisors (commonly called “Arabella”) is a philanthropic consulting company that guides the strategy, advocacy, impact investing, and management for high-dollar left-leaning nonprofits and individuals. [1] Arabella provides these clients with a number of services that ease their operations and that enable them to enact policies focused on environmentalism and other left-of-center issues. [2] The company was founded in 2005 by Eric Kessler, a Clinton administration alumnus and long-time staffer at the League of Conservation Voters who remains a senior managing partner at the firm. [3]

Arabella Advisors manages four nonprofits that serve as incubators and accelerators for a range of other left-of-center nonprofits. These include the New Venture Fund, the Sixteen Thirty Fund, the Hopewell Fund, and the Windward Fund. These nonprofits have collectively hosted hundreds of left-wing policy and advocacy organizations, and between 2013 and 2017 reported combined revenues exceeding $1.6 billion. [4] [5] Many of Arabella’s top officials, including firm founder Eric Kessler, are principal officers on the nonprofits’ boards of directors.

Arabella has implemented over 300 different projects. [6] The company specifically highlights projects in which it has helped its clients divest millions of dollars from traditional energy companies, invest in risky experimental companies, boycott the historically Republican-leaning U.S. Chamber of Commerce, enact a ballot initiative that freed 4,000 criminals in California, and lobby for a labor union-friendly policy in Oregon that was supported by the United Food and Commercial Workers (UFCW), Service Employees International Union (SEIU), and the Oregon Nurses Association. [7]

Arabella and its nonprofit network have been criticized as “dark money” funders both for channeling hundreds of millions of dollars to left-wing organizations and for hosting hundreds of “pop-up groups”–websites designed to look like standalone nonprofits that are really projects of an Arabella-run nonprofit. [8

MOST indicting, Arabella operates (at least) four in-house nonprofits with interlocking boards. Say whaaat?? After all, a top no-no, an inviolate transgression of IRS nonprofit regs, is a mandate called “inter-related“ parties – whereby a relationship between one entity and a related party dare not piggy-back one another, neither via appointing the same board members, nor through various intersecting activities and exchanges of this and that. So, shouldn’t “dark money“/funneling/laundering from cross-over entities disqualify this one and that one from tax-exempt non-profit status? Agreed?

WITH the above in mind and in furtherance of the same, this otherwise incestuous-like issue was duly dissected (March 2015) at a highly-trafficked commentary: “Muslim Brotherhood’s U.S. Non-Profit Tentacles Hiding In Plain Sight!” Mind you, since then, IRS rules and related regs haven’t changed.

Understanding how the IRS defines relationships and conflicts of interest is important when determining what qualifies as the organization’s quorum. A quorum is defined as the minimum number of members of a group who can officially meet to discuss business and vote on decisions. In a nonprofit setting, a quorum is the minimum number of unrelated board members needed to count as an official meeting. For example, if a board of directors is comprised of five individuals, in most cases three of these board members can meet and satisfy quorum. However, if a board is comprised of five individuals, of whom two are related, satisfying quorum becomes more complicated. If both related members are at a meeting during a voting situation, all five board members must be present to satisfy quorum because the majority of board members present must be unrelated…..continue your nonprofit education here….

EVEN so, then again, this is the very same Eric Kessler who learned how to game the rules ala his very close relationship with slick Willie, you know, Billy-Boy Clinton – the other half of “MA & PA Barker!” In fact, he worked on conservation issues within the Clinton administration, and then moved onto the crooked and bent Clinton Foundation. Yes, that RICO compromised enterprise! 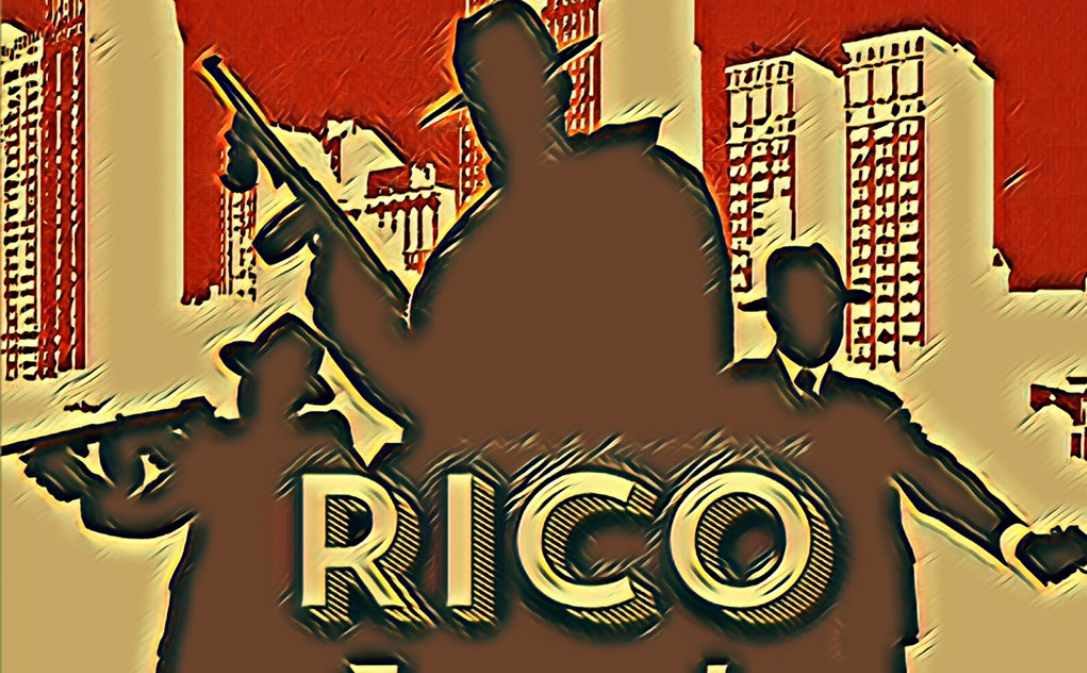 Eric Kessler, whose bio on the firm’s website identifies him as “a serial entrepreneur who has started, led, and advised organizations pursuing social change across the country and around the globe.”

Curiously missing from his official bio, but documented in the Capital Research Center report, is the detail that Kessler served as a member of the Clinton Global Initiative, an arm of the controversial Clinton Foundation.

INDEED, that same slush house which has enriched the Clinton’s personal piggy banks via pay-to-play global schemes to the tune of mega riches!

In October of 2016, Wikileaks released a treasure trove of emails revealing the inner workings of the Clinton Crime Family, otherwise known as “Clinton Inc.” Within the 20,000 page archive of Podesta emails, the pieces came together to form a network of organized criminal activity, which long-time Clinton aide, Doug Band, referred to as “Bill Clinton, Inc.”

Among the 20,000 page Wikileaks dump, a 12 page memo detailed how the Clinton aide, who played a key role in the formation of the Clinton Global Initiative, Clinton Foundation, and Teneo Holdings, used his position as a gate-keeper for Bill Clinton, intermingling a tangled web of charity vs. for-profit as well as personal business vs. official business.

Rudy Giuliani, an expert on RICO, as the first prosecutor to use RICO in a major federal case, has stated in numerous interviews that this evidence, as well as other pieces of evidence warrants a criminal investigation into the Clintons and the use of their official positions for personal profit. In an interview with Justice Jeanine Pirro in October of 2016, Giuliani stated, “This is racketeering. This is a RICO statute–Clinton, Inc.” He went on to state, “He gives the speeches. They put the money in the pocket.  She does the favors for the governments.  It all links up. Why did they destroy the 33,000 emails? Because it shows the link between them.”

In another case of what appears to be bribery, contributor for The Hill, Earnest Canning outlined how Hillary Clinton intervened in an IRS investigation into 52,000 UBS accounts to the tune of some $20 billion worth held by Americans who were seeking to evade taxes.  Hillary’s intervention in the matter reduced the requested identities of the aforementioned accounts from 52,000 to 4,450, after which UBS, one of “the world’s biggest wealth managers” paid Bill Clinton $1.5 million in speaking fees and increased donations to the Clinton Foundation ten times over. Canning wrote, “There can be little doubt that a media firestorm would ensue if a former president were to accept a lucrative speaking fee from the Mafia.  Should the reaction be any different when the speaking fee comes from “banksters” who defrauded the U.S. government?”

In an interview with Fox News, Giuliani responded to this revelation stating,

“In the old days when I was a prosecutor we used to call that bribery. When you repeat it as they have done, with Clinton cash over 12 times it starts to become something else I used to do, called a RICO case. A racketeering enterprise. But the Clinton Foundation is a straight out and out racketeering enterprise. At least 12 situations in which hundreds of millions of dollars flowed through that Clinton Foundation. On the other side in the State Department, Hillary, Huma Abedin, all the people close to her were doing favors for the people paying the money.”

IN this regard, if 1 + 1 still = 2, how shocking is it that Eric Kessler, a Clinton protégé, no less, is the founder of an outfit which not only funnels laundered money, a/k/a “dark money”, to leftist “pop-ups’, but does so in complete contravention of IRS regs and worse? Rhetorical.

INCONTROVERTIBLY, the chain of evidence leading to “Arabella’s Dark Money Empire” can be found below. Patriots, just follow their dirty dealings….link-to-link.

YES, please take mental note of the associated names within Arabella’s pyramid, for they are meant to tug at touchy-feely heart-strings by invoking such words as “trust”, “fairness”, “justice”, and the like. Audaciously, even as they violate another ! most basic tenet of non-profit rules and regs, that is, the execution of an entity’s “Mission Statement” (a mandate which requires that an overall policy for the good and welfare be adhered to), Arabella forges ahead!!

MOST significantly, the following memo to Trump’s DOJ should be considered under all due speed:

In parallel with Russia-Gate, it is an utmost national imperative, a matter of high urgency, to investigate Arabella via its “dirty money” trails. This is so not only because the above links clearly demonstrate the flouting and an in-your-face contempt of IRS rules and regs, but because it will be through their shell-games, astro-turfs, and pop-ups that the 2020 election will be subverted – and, with it, the overturning of America into the Socialist States of America!

NO doubt, this is the end-game. NO time to lose.