On April 19, 1764, the English Parliament banned the American colonists from printing paper money. Amid even more harsh restrictions over the next 11 years, including the Stamp Act, Townshend Act, the Sugar Act, the Boston Massacre, The Coercive Act, the Boston Tea Party, etc., as well as being forced to quarter British troops in their homes, the patriots among the colonists had enough. By the year 1775, on the exact same day, April 19, the “shot heard ’round the world” was fired in a battle with British troops at Lexington. The American Revolution had begun. 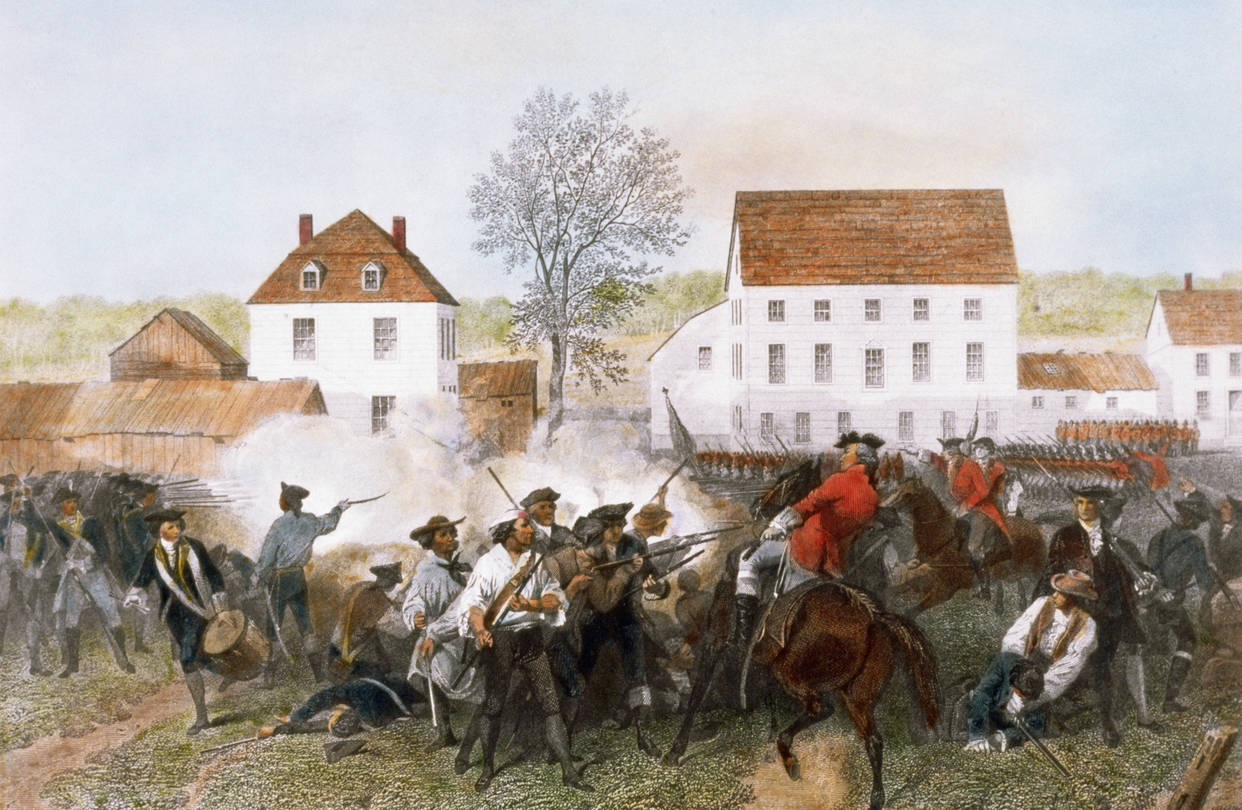 General Thomas Gage, the British Governor of Massachusetts, had already decided that Lexington was full of rebellion, and ordered a contingent of British troops to march against the rebels who had formed a “shadow government.” He wanted to capture John Hancock and Samuel Adams, who were thought to be in Lexington. He also had orders to seize a cache of arms and gunpowder believed to be in the possession of the rebels. The patriots got wind of the plan, and tasked Paul Revere, and William Dawes with warning the patriots. A third rider, Samuel Prescott, made it to Concord to warn the patriots there.

When the British arrived in Lexington, Adams, and Hancock had already fled to Philadelphia. There was no cache of arms to be found, but there were 77 militiamen waiting in the middle of the town. British Major Pitcairn ordered the patriots to disperse. After a slight hesitation (probably because they were seriously outnumbered), they slowly began to get off the town’s green. Suddenly a shot rang out from an unknown gun, and the battle was on. At the end, 8 Americans were dead or dying, and 10 others injured (some historical accounts say only 9). Only one British soldier was injured, but it truly was the shot heard ’round the world.

The Fight for Freedom Begins

The patriots who had been warned of the plan were positioned in Concord. And the tables were about to turn.

When the British troops reached Concord at about 7 a.m., they found themselves encircled by hundreds of armed Patriots. They managed to destroy the military supplies the Americans had collected but were soon advanced against by a gang of minutemen, who inflicted numerous casualties. Lieutenant Colonel Francis Smith, the overall commander of the British force, ordered his men to return to Boston without directly engaging the Americans.

As the British retraced their 16-mile journey, their lines were constantly beset by Patriot marksmen firing at them Indian-style from behind trees, rocks, and stone walls. At Lexington, Captain Parker’s militia had its revenge, killing several British soldiers as the Red Coats hastily marched through his town. By the time the British finally reached the safety of Boston, nearly 300 British soldiers had been killed, wounded, or were missing in action. The Patriots suffered fewer than 100 casualties.

And that was how the American Revolution began on April 19, 1775. The Colonists were longsuffering, as we have been. But there came a breaking point, one that started a 7 year war.  We are very near that breaking point now. When you strip people of their God-given Constitutional rights in the name of a virus, you’ve stepped into territory that achieves only the desires of Marxist/Communist followers. There are sheep among us, as there were among the Colonists. But as we have mentioned before, we may flatten the curve, but we have also flattened the Constitution.

Heads up on the responses to that problem.