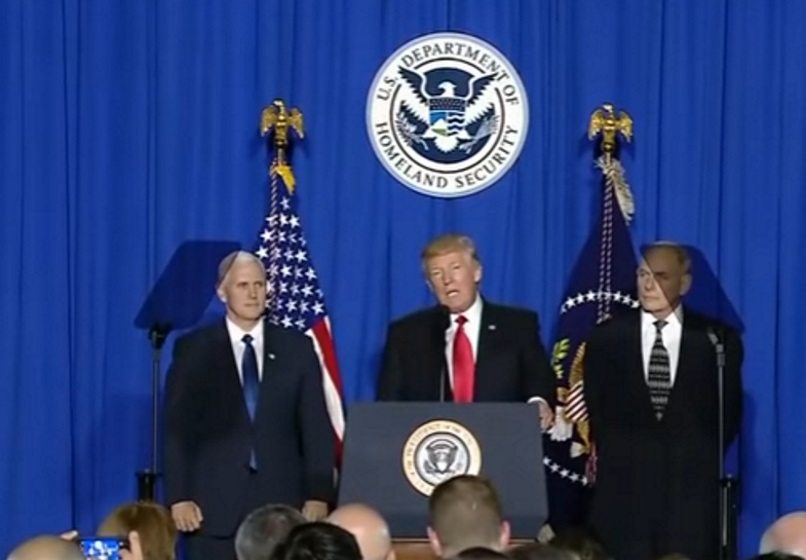 In a dumbfounded, but not surprising move, the 9th Circuit Appeals court in San Francisco has decided to go against established law and upheld the suspension of President Trump’s immigration order on Thursday.

The panel of three judges on the 9th U.S. Circuit Court of Appeals unanimously refused to reinstate the order after a federal judge had issued a halt to the order last week.

Shortly after the ruling, President Trump tweeted, “See you in Court, The Security of our nation is at Stake!”

SEE YOU IN COURT, THE SECURITY OF OUR NATION IS AT STAKE!

Donald Trump’s controversial travel ban suffered a major setback on Thursday after a panel of three judges upheld a temporary ruling which had halted the president’s limit on people arriving from seven Muslim majority countries.

In its unanimous ruling, the three judges on the ninth circuit court of appeals upheld the temporary restraining order, which was issued by Judge James Robart, a federal district court judge in Washington State, and has blocked the enforcement of many key parts of the executive order.

The court found that “the government has not shown a stay is necessarily to avoid irreparable injury.” In particular, its ruling noted “the government has pointed no evidence that any alien from any of the countries named in the order has perpetrated a terrorist attack in the United States. Rather than present evidence to explain the need for the executive order, the government has taken the position that we must not review its decision at all.”

Many Americans are furious with the decision and the court appears to have violated 8 U.S. Code § 1182.

Only seven nations out of 52 majority Muslim nations are under the immigration ban and those nations fall under 8 U.S. Code § 1182 (3) Security and related grounds; under Sub-Sections (B) Terrorist activities, (C) Foreign policy, and (F) Association with terrorist organizations.

If The The Riots Were A ‘Dangerous Insurrection Plot’ … Why Did This Guy Get Out Without Bail?
January 18th, 2021 Clash Daily

Were all the Founding Fathers really hypocrite white supremacists?
January 17th, 2021 The Real Side With Joe Messina
Tweets by Conservative Firing Line