Far-left U.S. Rep. Alexandria Ocasio-Cortez, D-N.Y., is admitting, through a spokeswoman, that she is flouting financial disclosure rules that Congress has established for itself.

The Washington Examiner reports Lauren Hitt, a communications director for Cortez, said the member of Congress feels no rush to file her documents as required by federal law because it will be nearly another three weeks before she would be subject to a fine.

The documents were due Aug. 13, but the Examiner said they still are not available.

Hitt justified the delay with, “The committee provides a 30-day grace period before fines are levied. The congresswoman plans to file before the period expires.”

The report noted that the congresswoman’s actions conflict with her comments, as she said in April that American democracy is undermined when lawmakers are merely perceived to have acted improperly regarding their own finances.

The documents that have been filed by members are available online.

“Not only is she an admitted scofflaw, she’s a repeat offender,” Paul Kamenar, an attorney for the National Legal and Policy Center, a conservative ethics watchdog group, told the Examiner. “One must wonder whether she also files her income tax returns past the deadlines.”

But, the report said, Cortez “repeatedly” demanded a ban on members of Congress trading stock, claiming even the perception they are using insider information poses a threat.

In April, she said, “We are also tackling a crisis of faith in our institutions in the United States, and that exploitation of that crisis of faith is a direct threat to our democracy. It is our responsibility to ensure that we eliminate, again, that perception of impropriety because it is these perceptions that can be exploited to undermine our most sacred institutions.”

Kamenar said the reason for the delay could be ethical issues involving her appearance at the Met Gala in September 2021, which drew a complaint that she accept gifts, such as her designer dress, limo rides and more, that she should not have accepted. 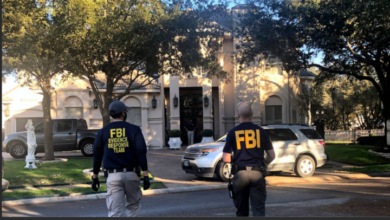