Members of “Antifa” initially showed up the peaceful rally, but quickly made their way to the Patriot Prayer “Freedom March” several blocks away. The two groups quickly clashed. Several violent fights were witnessed by KATU News crews throughout the area, but as opposed to previous protests, there was little to no police presence breaking up the groups.

Clashes between Antifa and Patriot Prayer moved toward the peaceful rally further north on the waterfront. Organizers quickly moved across the street to avoid any conflict.

“We are not a hate group, we are people who love, this one, and we are people who exercise their right to free speech, this is the way we do this here,” said Romeo Sosa, a member of VOZ Workers Rights Education Project.

While they were forced to move to avoid conflict, organizers with the peaceful rally say their message of denouncing hate speech was not lost.

The leftist thugs even tried to drown out the prayer group.  So much for liberal “tolerance.”

And here are leftist thugs burning the U.S. flag:

Initial reports indicated there were no arrests, but, KATU said, at least three were arrested:

Authorities have said they are reviewing video and may carry out arrests later:

Police continue to observe in person and over video feed. People involved in unlawful activity are subject to arrest today or a later date.

“The more hatred we see the more we have to stand against it,” the Freedom March Facebook page for Sunday’s event said, according to a report at Circa News. “The more threats that we get the more we have to come out to show no fear… We will continue to come into Portland with a simple message that is focused on truth, love, and freedom.”

So who are the real fascists?  Are they the ones who gather peacefully to pray and march, or the thugs who attack those with whom they disagree?

Keep in mind, Antifa was declared a domestic terror group in New Jersey.  Perhaps the federal government should follow suit…

Gun Grabbers In San Jose Try New Approach … Will It Work Or Lose In Court? 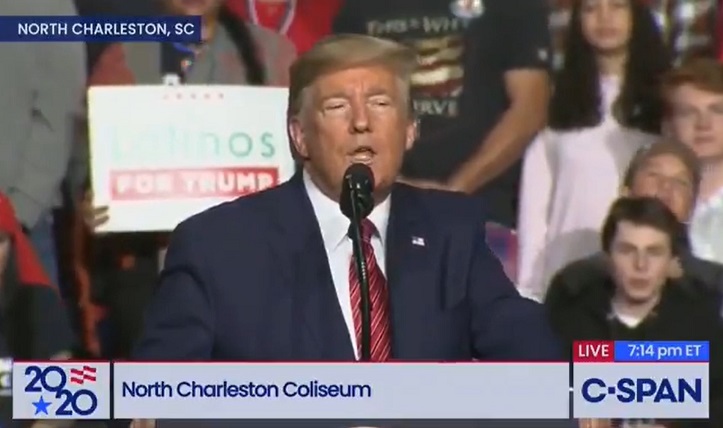