According to Big League Politics, Antifa plans acid attacks on Conservatives who attend the Free Speech Rally on July 6, 2019. A person who calls himself “Pound On Your Boy” has been posting the threats on a Telegram channel often used by Conservatives, and in particular, Proud Boys.

A user with the name “POUND ON YOUR BOY” made several threats against the rally, prompting co-organizer Enrique Tarrio to contact the FBI and DHS, who are now planning to provide additional security to the event.

Over the course of about 10 minutes last night, the “POUND ON YOUR BOY” account asked how the D.C. event is “coming along”, and referenced muriatic acid multiple times.

“I just want to toss as many balloons of Muriatic acid in the faces as many Proud Boys I can [sic]”, wrote the user, “I just want to blind as many of you c**k suckers are possible [sic].” Big League Politics

Enrique Tarrio, (Hispanic male, please note) the current leader of the Proud Boys, said that the use of wax with muriatic acid would cause more than the normal minor burns. While muriatic acid can be easily washed off the skin, the addition of wax would form a film over the person’s skin, which could cause severe injury.

Antifa plans -they have upped their violence in recent days, after throwing quick drying cement in “milkshakes” at people in Portland, and beating journalist Andy Ngo. These jackwagons must ALL be rounded up and thrown in the nearest jail cell for a long time. They are terrorists, and should be treated as such.

They have also promised to continue attacking other conservatives, such as Fox Host Tucker Carlson and Jack Prosobiec from One America News Network. According to the Gateway Pundit, they planned to once again go to Tucker Carlson’s house and posted it on Twitter under a different account than they used before. Jack outed them. Antifa plans toast.

Why are you allowing domestic terrorist group Antifa DC to circumvent their permanent ban for violence? @SmashRacismDC has reemerged on the platform as @AllOutDistrict

This is a clear violation of Twitter Rules pic.twitter.com/MUX5vC2dUa

Twitter did finally ban the accounts exposed by Jack Prosobiec, but now Antifa has turned their attention to him for outing them, according to Gateway Pundit. When does the harassment, the Nazi-like brownshirt action stop? When our government begins to treat these violent folks like the terrorists they are and punish them accordingly. Up to now they’ve gotten away with everything.

Sign this petition to have Antifa formally designated as a Domestic Terror organization. Though some at the DoD already call them domestic terrorists, the designation needs to be formal and specific. 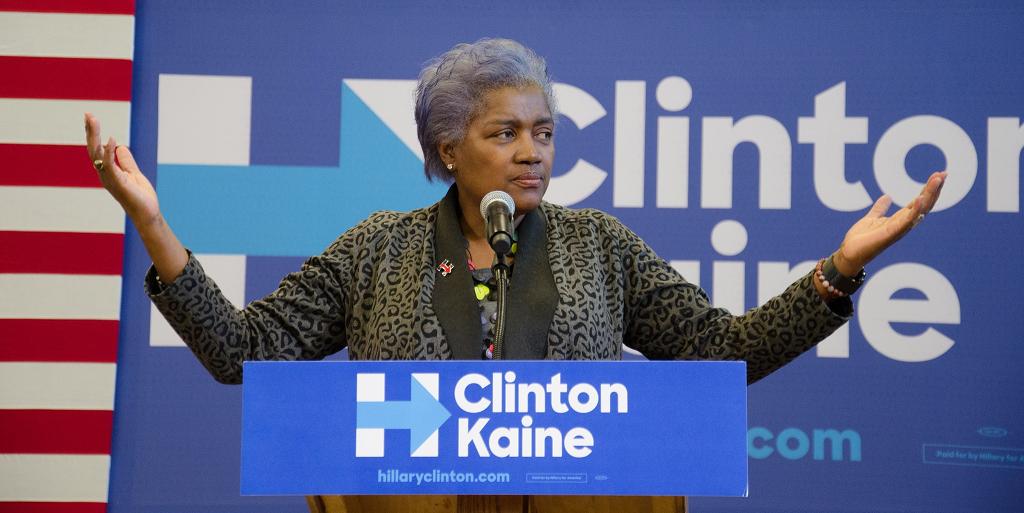 Donna Brazile: How DWS and Hillary Clinton Hijacked the DNC