An Antifa infiltrator obtained secret recordings of possible Antifa actions, even the possibility of “direct actions” on May Day 2021. Dan Noyes of the ABC7 News Investigative team (the I-team) reported that the man who infiltrated Antifa, recorded threats against police and Republicans. The infiltrator reported the threats both to the Sheriff’s Office, and Santa Rosa Police. But the ABC reporter’s story took guts to publish, since Antifa is widespread throughout the West Coast.

I don’t know of any specific threats to my knowledge that have been made. But obviously, if threats are made, we’re going to take those very seriously, and we’re going to look into that…

…I know that the victims, in this case, feel threatened. And they don’t feel safe in their home.

Instantly after Noyes tweeted, and after Andy Ngo retweeted, Antifa began their campaign of trying to destroy the story by claiming that the infiltrator’s hat was from a white supremacist group. It was not.

Read the comments in this tweet by antifa & their supporters attacking an @abc7newsbayarea reporter for his incredibly brave report on the #antifa group who had meetings discussing killing people. They feel threatened & are lashing out. https://t.co/nnhLPTkV7j

The comments are riddled with Antifa attacks against both Dan Noyes and Andy Ngo, claiming the entire story is fabricated and that both people are “lousy reporters.” But the recordings made by the Antifa infiltrator are making them nervous. During the Derek Chauvin trial, a severed pig’s head and pig blood was left at Officer Brodd’s old house (he doesn’t live there any more) after he stated that he believed Chauvin was justified. Antifa is most certainly not just an “idea.”

The manifesto posted online for SoCo (Sonoma County) Radical Action or SRA says, “Do not hesitate, do not wait … the brick in the street is meant to be thrown! The paint in the can is meant to be sprayed! The cop in your head is meant to be killed!”

…The I-Team has learned the group’s leader who goes by the screen name “Marb” is a 25-year-old college student, who was arrested for “felony assault on a police officer” last year at this Oakland riot after the death of George Floyd; the district attorney declined to file charges. The Trump supporter says he made this recording in March, when Marb discussed naming the group “SoCo Antifa.”…

…The infiltrator tells the I-Team he copied what the group calls its “target list,” people they want to “dox” – to publish their private information, their addresses and phone numbers, to surveil them for possible vandalism. After his testimony, they placed Brodd at the top of the list and within an hour of the attack on his former house, Marb is back on Wickr at 3:48 a.m. telling the group, “Hey y ‘all, late notice, but some comrades took action at a house owned by Barry Brodd and if someone could swing by in the morning and get pictures, our comrades would be very grateful!”

The group allegedly has a Republican named Sandy Metzger on their target list. When Noyes contacted her to let her know her name was on it, she said she was slightly concerned, but that it wouldn’t stop her from speaking out. The list also included the head of the Deputy Sheriff’s Union and refers to them as “killer deputies.”

They may be planning something on May Day (tomorrow since it’s “National Worker’s Day” – a Communist holiday). Since Noyes put out the article and contacted “Marb”, the group leader has been deleting his social media accounts both public and private.

“Dan Noyes at ABC7 asking about SRA. …To firmly restate our position, nobody, myself included, should cooperate with press or cops.” Marb

The FBI refuses to acknowledge Antifa exists, because they claim it’s just an “idea.” But this “idea” has group leaders and is extremely well organized. 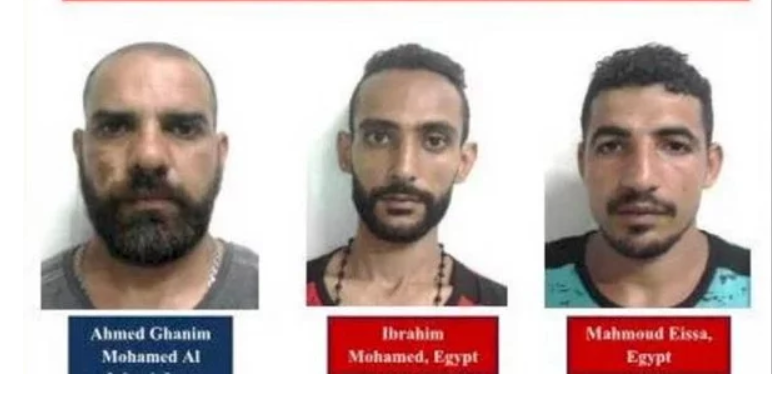