“It’s not going to be a source of terrorist attacks again.”
– Barack HUSSEIN Obama’s words on Christmas Day 2014 concerning Afghanistan…said just as the Taliban ‘woke up’

OK…let’s get something straight right up front…while NOT actually pulling the trigger, brandishing the knife, or lighting the match… Barack HUSSEIN Obama is most definitely responsible for the deaths of Americans Peter Kassig, Steven Sotloff, James Foley, and now Kayla Jean Mueller. Four Americans brutally slaughtered and all because this man announced our date of withdrawal from the Middle East theaters of war, thus allowing time for ISIS to be born and thrive.

And let’s NOT forget Britons David Haines and Alan Henning, Frenchman Hervé Gourdel, and Japanese Kenji Goto and Haruna Yukawa…and there are others as well…including Jordan’s fighter pilot Lt. Moaz al-Kasasbeh burned alive in a video seen around the world.

NOT soldiers but journalists, a mountaineering guide, aide workers, and civilian contractors, these people were murdered solely for either doing their jobs of reporting the news or trying to give aid and comfort to those caught up in the horrors of war. And even while most were sympathetic to the enemy to some degree all were beaten, tortured, and probably submitted to all things unspeakable before they died at the hands of the savages…yet still none had to die.

None had to die yet all did die and the man indirectly responsible for their deaths, upon hearing of said deaths, issued the compensatory ‘America grieves with you’ statement to the victims families as he headed off to play golf or to fund raise. Or he simply remained quiet…leaving the families alone with their grief…leaving a nation in shock.

Dead Americans and dead allies…a sad reality because this man announced our date of departure from the Middle East theaters of war. Remember, during his re-election campaign Obama pledged to “end the war in Afghanistan in 2014” but doing so NOT because we would win the war by then, but doing so for his legacy alone. And so on June 22, 2011, Obama announced for the world to hear…for the enemy to hear and plan accordingly…that 10,000 U.S. troops would be withdrawn by the end of 2011 and an additional 23,000 troops will leave the country by the summer of 2012. Saying that he is leaving roughly 10,800 troops behind until the end of 2015…down from 38,000 at the start of 2014…Obama plans to reduce those 10,800 troops by about half by the end of this year when a NATO-led mission… Operation Resolute Support…becomes fully operational. And Obama has stated ad-nauseum that he wants all American troops out of Afghanistan by the end of 2016 when he leaves office so he can pat himself on the back saying he kept his promise to end the war NO matter that heads will continue to roll…literally.

And on Christmas Day just barely two short months ago, Obama said that the U.S. is “ending our combat mission in Afghanistan” but that a number of U.S. forces would remain there “to conduct counterterrorism operations” against what he called the “remnants of al-Qaeda.” You know…the Taliban who laid low, regrouped, and were now back in full operational mode…just ask the families of those children slaughtered in the Taliban attack on the Pakistani army school.

And what of Iraq…’Bush’s war’ Obama loves to say…where ISIS morphed from ‘al-Qaeda in Iraq’ into what he called a “JV team”…a “JV team” of barbaric murderers, thugs, and savages. On December 14, 2011, Obama, in a speech at Fort Bragg, announced that he was pulling out the last of our troops from Iraq and that the U.S. was, “leaving behind a sovereign, stable and self-reliant Iraq, with a representative government.” Well that worked out real well now didn’t it as ISIS just waited and bided their time until we were gone, and now that “JV team” has turned into the biggest threat the civilized world faces today. But I guess Obama fears his own head will roll if he dares to speak the truth about ISIS for ISIS’ muslim blood flows through his veins as well.

So the man who believes that climate change is a far greater threat to this country’s national security than ISIS and their ilk, has proven time and again that his ideology…his radical islamic ideology…has been successfully worked to made our beloved America weaker in the eyes of the world. ‘Towing the line’ by speaking the words of those out to kill us all…as in his recent remarks comparing 11th century Christianity to today’s ISIS along with him refusing to utter the must be spoken words ‘muslim islamic terrorists’…lets ‘We the People’ know just where his true allegiances lie.

And Obama’s NEVER doing what’s in both America’s best interest and in the best interest of securing stability in the Middle East region, has this miserable excuse of a president trying to cover his lies, his misspeaks, and his oh so liberal and very traitorous agenda in a cloak of deception that few president’s before him have honed to such a fine art. And part of his current deception is his refusal to publicly state who is the chief money supplier…through private donations…of ISIS but then again Obama…good little muslim that he is and one whose ISIS policy remains but a policy of containment…must protect that country as it’s home to islam’s…and his…most holy of sites…as in the Sacred Mosque in Mecca and the Mosque of the Prophet in Medina. And that is the predominately Sunni country of Saudi Arabia.

And while Riyadh lists ISIS as a terrorist group that poses a direct threat to the kingdom’s security…Saudi’s kingdom right now is in transition after the death of their king…a transition into possibly becoming more radicalized if the radical islamic faction of the House of Saud triumphs. And Saudi Arabia is followed close behind in funding ISIS by Qatar, Turkey, and Kuwait…Kuwait being the country all the money is funneled through. And remember, all are supposed allies…all are oil-rich…and all are stabbing the U.S. in the back with Obama’s approval of course.

And let’s NOT forget that Obama is directly responsible for arming at least part of ISIS’ army starting with his Benghazi fiasco where he (I believe) was ‘gun running’ U.S. weapons along with sums of cash from Benghazi through Turkey to the anything but moderate ‘so-called’ Syrian rebels fighting al-Assad’s government forces…rebels who were once merely sympathetic to ISIS but who are now actually part of the ISIS war machine.

So while yesterday Obama asked Congress to formally authorize war against ISIS in the form of a draft resolution to allow the continued use of force but one that will NOT authorize a ground war…the plan he presented was basically more of the same old proven to be ineffective systemic and what he claims is a “sustained airstrike campaign” in both Iraq and Syria. Saying he would only send our troops “into harm’s way when absolutely necessary for our national security”…a strategy that would ban the U.S. from “enduring offensive combat operations”…Obama just threw the brunt of the war onto ill-equipped and untrained local forces…threw it on them deliberately so that they would lose. Further saying that he is holding U.S. involvement to three years tops, Obama is basically passing the ISIS problem over to the next president to deal with. (article continues below video)

Translation: this vile, cowardly, and islamic terrorist sympathizer of a man…the man who keeps calling ISIS ‘ISIL’ as a shout-out to the Levant…did indeed again announce the time frame as to when we will end America’s involvement in this particular theater of war, thus giving ISIS time to lay low… regroup…recruit…and refill their war chest…to come back even stronger then before. To come back, kidnap, and kill even more Americans and American allies alike…all while he ever so happily heads back to the golf course. 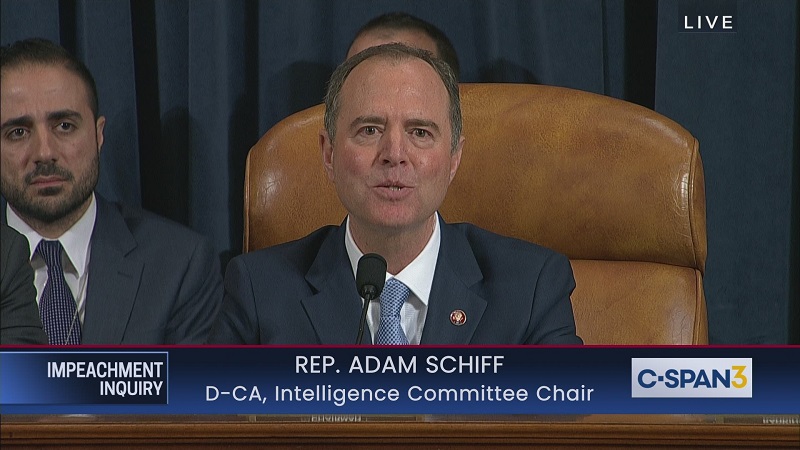 The Biggest Witch Hunt In U.S. History Is Being Created By Tyrants In Front Of Our Eyes; The People Must Resist