Is this part of the “new normal”?

A self-described “ol’ fashioned church” has been targeted by Black Lives Matter protesters for two weeks in a row.

Grace Baptist Church in Troy, New York, has posted dozens of videos of the treatment that Christians are subjected to for simply attending services.

A mob has repeatedly gathered in front of the church and shouted at worshippers as they enter the building, intimidating them, and getting quite aggressive.

Why is the mob beating church members in Troy, NY for trying to enter church and escort black members through the mob?

”You’re not allowed to congregate in one area”…as they form a mob to block entrance to church members.

“A double minded man is unstable in all his ways.” pic.twitter.com/ymcUKSRp7Y

Isn’t racist to single out people based on their skin colour?

Apparently the gentleman in the winter boots thinks it’s ok if it’s a black church member who believes the KJV instead of the lying propaganda! pic.twitter.com/Bv54fOEXar

These young children were more mature than the thugs berating them and their mother as they walked into church.

Pastor John Koletas doesn’t seem like the kind of guy to back down and cave to the mob.

We will NEVER apologize to the mob! pic.twitter.com/Vsa6fABoYc

He confronted the mob outside his church:

Pastor to the mob in Troy, NY:

“We don’t lay down our weapons”

“We are all cursed without Jesus” pic.twitter.com/s6fNOYINeS

The BLM protesters stormed the service started shouting “Black Lives Matter” during the sermon and were escorted out.

The one good thing about this story is that Grace Baptist Church is calling out their harassers publicly.

Meet Chris Canfield, very identifiable tattoos, as he blocks a black lady from entering, shoves our pastor, then delivers punches to a man from the church attempting to get through up the stairs.

They’re not going to put up with crap.

STAND strong wherever God has you.

It seems that protesters were upset that the church was giving away an AR-15.

“We aren’t here for violence”…as they pull church members off the steps and punch them in Troy, NY.

Why is the media demonizing Bible believers while calling the mob peaceful? pic.twitter.com/2JAffFqxAR

If black lives matter, why did this black family require guards to be escorted into church to be protected from the mob? pic.twitter.com/CPu5RIaG5K

They even got a visit from some self-proclaimed witches ready to cast spells on the church. 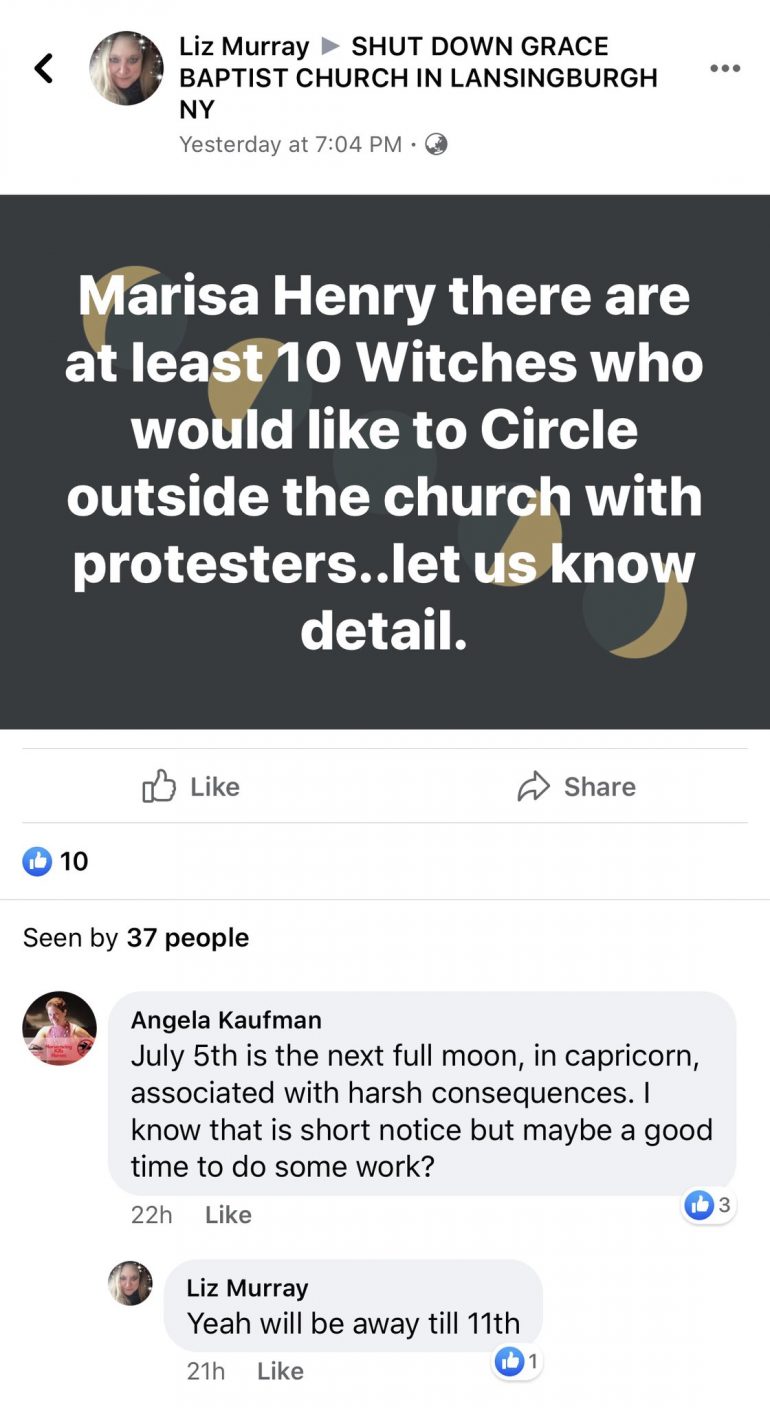 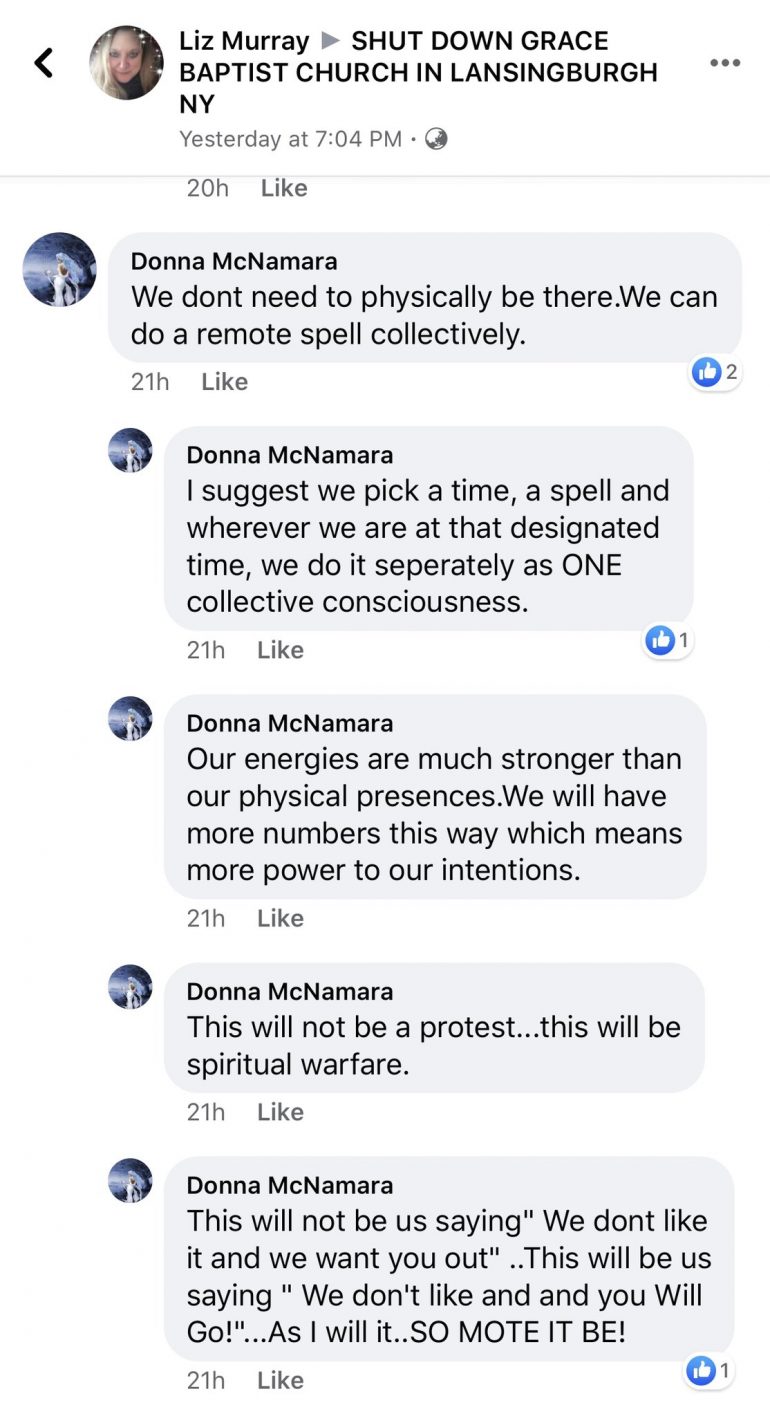 Wow, it looks like someone’s dialed up the self-importance knob to 11.

“There’s devils in there bro” *pointing at GBC …as he walks past an actual devil worshipper who is presumably casting a spell on the the church. pic.twitter.com/4ht6NAnlny

These nutters are there with the protesters and the BLM supporters didn’t do a thing about it.

That pretty well tells you everything that you need to know, doesn’t it?

Gee, if only we could’ve seen this coming.

(Editor ~ Just asking… Do the companies that reportedly support BLM endorse this behavior?) 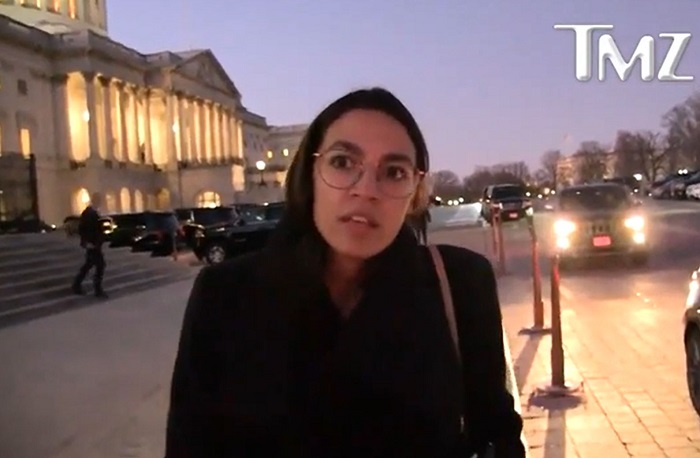 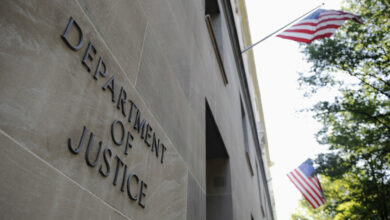