Seen by many as the veritable pin up girl for every conservative, red blooded, American male, the Fox News Channel (FNC) has at least for the time being dropped one of the more popular on air personalities. As reported by Josh Feldman of the Mediaite news portal, and also by Chris Ariens of TVNewser, both on Apr. 27, 2016, fan favorite Andrea Tantaros has at least for now been taken off the network’s schedule.

Born Andreana Kostantina Tantaros to a Greek immigrant father and an Italian-American mother, the girl who was raised with a strong work ethic and even a stronger love of country was no stranger to controversy during her six years at Fox News. Yet as cited, FNC has released the following rather terse announcement to TVNewser, “Issues have arisen regarding Andrea’s contract, and Fox News Channel has determined it best that she take some time off. She is still under contract with the network.”

Initially hired as a political contributor in 2010, Tantaros’ quick wit and keen intellect saw her as a frequent guest on Red Eye with Greg Gutfeld and The Five. Eventually, she was a full time panelist on the everything politics noontime show Outnumbered. Tantaros had quite the reputation as a hard core conservative, and wasn’t afraid to voice her opinion.

While not cited by FNC as a reason for her extended vacation, Tantaros recently claimed during a taping of Outnumbered that certain GOP Establishment-types were coming down hard on her for supporting Donald Trump; “They have been doing this. Specifically, Charles Cooke, who is a writer for National Review, he tweeted out that I should give my job to somebody else. Also, I saw a tweet, it was a meme by Kevin Williamson of National Review trying to make me seem stupid. There’s a girl talking about biorhythms, or something. So I’ve gotten my fair share as well from folks on the right and the left and in the media calling me stupid and Trump supporters as well… Exactly I should give up my job according to men in the Republican Party.”

In the midst of the Obama Administration’s less-than-kosher investigations of certain journalists, Tantaros held little back. As cited by the NewsHounds.us weblog, while on the air, the woman who grew-up working at the family restaurant stated quite plainly, “This is Obama’s America. It’s like the Soviet Union. He said he’d change the country. He said it, he said it, he said it, and a lot of people voted for him. And if you see any of those people today, do me a favor, punch ’em in the face. We’ll be right back.”

Often citing her father as her inspiration both personally and professionally, Headline and Global News reported in May of 2015, that upon his death at age 65, Konstantinos Tantaros was not only the patriarch of a close-knit family, but also the man behind “12 restaurants, strip malls, real estate development and community banks. He was also the founding director of East Penn Bank.” When he first arrived in America at the age of 16, Konstantinos Tantaros had only $30 tucked away in the clothes he was wearing, which happened to be all he owned in the world. 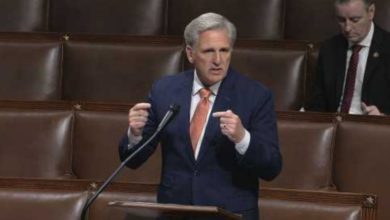