It’s rather difficult to take the so-called “mainstream media” seriously when allegedly educated “reporters” seem to have very little to no knowledge of basic history.  On Saturday, for example, NBC News Chief Foreign Affairs Correspondent Andrea Mitchell, who, by the way, recently received the Joseph M. Quinn Award for Lifetime Achievement by the Los Angeles Press Club, issued a tweet claiming that Bastille Day marks the 100th anniversary of the U.S. entry into World War II.

And the 100th anniversary of US entering WWII https://t.co/ZbPgSQkEGT

Today is #BastilleDay, a national holiday in France that commemorates the storming of the Bastille prison in 1789. pic.twitter.com/qgFdcyL3mx

Naturally, she was off by just under 25 years, and Twitter users responded by giving her a basic history lesson, along with the requisite mocking…

Must be the result of Common Core…

You’d think that’s the case, but apparently not — at least not in 2017, when all that really matters to the Democrat-media complex is ousting Donald Trump and spreading conspiracy theories about Russia.

Mitchell isn’t the only one to make such a ridiculous mistake, as we reported earlier.  On Thursday, CNN’s Jeff Zeleny claimed on air that Bastille Day marked the 100th anniversary of the U.S. entry into World War I.

She never corrected herself nor acknowledged her mistake on Twitter.  Worse yet, the tweet remains up as of this writing.

On Dec. 7, 1941, the Empire of Japan carried out a surprise attack on Pearl Harbor, Hawaii. The next day, President Franklin Roosevelt told a joint session of Congress that Dec. 7 is “a date which will live in infamy.” Immediately after, Congress declared war against Japan.

At the time, the U.S. simply did not have enough forces or equipment to mount a large-scale attack against the Axis Powers. The U.S. Army went into World War II with an end-strength of just 189,000, ranked about seventeenth in effectiveness among the armies of the world, just behind Romania, wrote Cristopher R. Gable in the U.S. Army Center of Military History publication: “The U.S. Army GHQ Maneuvers of 1941.”

The result of being a hollow force was U.S. forces forward-stationed on Wake Island, Guam, the Philippines and elsewhere would be forced to surrender within days or weeks, because help wasn’t coming.

Keep in mind that Mitchell and others of her ilk are the same ones who tell us that they — and only they — are the arbiters of all that is to be considered “real” news.  Maybe they should go back to school and learn a few basics… 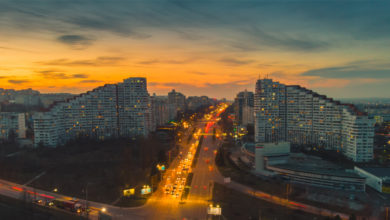