On Friday, The Hill reported that President Trump warned big social media companies to stop censoring those with opinions they don’t like.

“Social Media Giants are silencing millions of people. Can’t do this even if it means we must continue to hear Fake News like CNN, whose ratings have suffered gravely. People have to figure out what is real, and what is not, without censorship,” he said on Twitter.

The president’s words could not be more timely.  As any reader of this and other sites know by now, “Big Social Media” companies like Facebook and Twitter have bent over backwards to silence non-politically correct voices, be they political conservatives, conservative Christians or those whose views tend to be more libertarian.

This is nothing new, as Conservative Firing Line’s Joe Newby and others can attest.

But as Daniel Greenfield so astutely stated back in March, Trump’s 2016 victory was “the Reichstag fire of internet censorship” designed to end free speech.

“It’s no coincidence that the central conspiracy theory surrounding the 2016 election involves free speech or that the solution is internet censorship,” he wrote. “The claim that Russian trolls and bots rigged the election has zero actual evidence behind it. But it’s a convenient tool for not only delegitimizing Trump, but the very idea of a free and open internet where anyone can say anything they choose.”

Conservative YouTubers have been demonetized and banned, while conservatives have been banned on both Twitter and Facebook under questionable circumstances.  The whole world knows that Infowars’ Alex Jones has essentially been made an unperson online by various social media sites.  According to a report at the New York Times, Facebook CEO Mark Zuckerberg was personally involved in that decision.

Additionally, traffic to conservative sites from Facebook has been slashed by up to 93 percent, according to some reports.

Instead of doing the right thing, many of these outlets have simply doubled down, proving that they are unwilling to do the right thing.  While Republicans in Congress have held hearings on the matter, they have yet to provide any real solutions.

As a result, I drafted something called the “Anti-Social Media Censorship Act of 2019” as the framework for possible legislation in each of the 50 states.

No doubt, you may have questions and concerns about the measure.  After all, these are private companies, right?  And, you may be thinking, they can do whatever they want, right?  After all, sites like Facebook are free and no one signed up under duress, right?

Without going too deep in the weeds or throwing out a bunch of legalese, here’s the reasoning behind the proposal.

When a third party user publishes a libelous or false comment on Facebook against another user, the user would have a private right of action against the third party user who spoke the libelous comment but not against Facebook who was the intermediary.

Yet, I do not see any legal basis to stop major social media sites with 75,000,000 subscribers to it from being (1) classed as public utilities or (2) subject to state law regulation under contract law.

If you need an example of that, consider Rich Penkoski of Warriors for Christ, who has endured considerable abuse at Facebook’s hands.  According to Facebook, death threats are off limits.  Nevertheless, Penkoski and his group of steadfast volunteers continue to receive death threats and threatening comments.  Sadly, Facebook has turned a blind eye to these threats.

As Conservative Firing Line’s Joe Newby can attest, lawyers aren’t too keen to take on Facebook, and perhaps with good reason.  Some are simply too scared to go up against a company that has an army of lawyers.  Here is what will make those lawyers unafraid of Facebook — the fact that I have written into the act guaranteed statutory damages and the fact that the injured party can seek attorney fees and costs. Those provision amount to blood in the water for my fellow attorney friends who are often somewhat feckless and afraid of their own shadow.

What this means is that those who have been banned or censored for their political and/or religious point of view will now have the means to hold those companies accountable.

State Representatives Mike Burns (South Carolina), Paul Mosley (Arizona), and Joe Gruters (Florida), who is a Senate contender, have already, and I might add, bravely, agreed to introduce the measure at the 2019 legislative session. Representatives in 18 other states are also interested in the measure.

If this measure is passed in all 50 states, social media censorship as we know it today could be significantly reduced if not essentially eradicated.  Companies that persist in their censorship will eventually find themselves going broke paying fines, damages, attorney fees and court costs.

The Anti-Social Media Censorship Act goes hand-in-hand with another bill I composed out of multi-state federal litigation brought by my team, the Special Forces of Liberty, entitled the Human Trafficking And Child Exploitation Prevention Act, that a majority of states will carry at the 2019 session. More on that measure can be seen here. Many of the sponsors of that measure will likely carry the Anti-Social Media Censorship Act, forming a consistent legislative narrative that accords with common sense and that will proliferate human flourishing, while communicating to the tech enterprise that it is not above the rule of law.

Free speech is only free if all sides are allowed to participate.  This is a war that was started by the Silicon Valley tech giants that now hold a virtual monopoly on the information we see, and it’s one worth engaging. We can win this, but only if we all get involved. 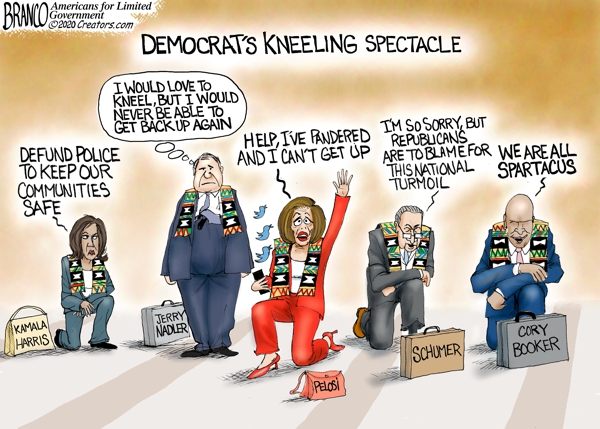 Cartoon of the Day: Cultural Misappropriation 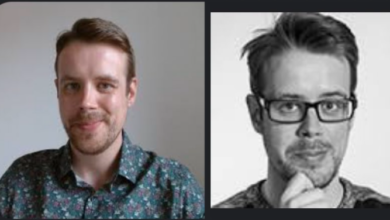 Assassination to Save Roe v Wade? Liberal Ex-Reporter Goes Off the Rails