(Natural News) More Americans are now refusing COVID-19 vaccinations not because they oppose the “shoulder jab” but because they oppose a mandate from a president they do not trust. Ironically, using vaccine mandates in a futile effort to boost his sagging poll numbers, this feckless president has only hardened opposition to the vaccine.

“I had COVID-19 in May. My doctor tells me I’m better protected than any vaccine. What law gives this president the authority to tell my employer (an airline) to fire me next month if I don’t get vaccinated?” That question was posed this weekend while we waited for a delayed flight.

There is no law. President Joe Biden’s mendacious mandate is merely an unprecedented executive power grab. This is the kind of government coercion and socialist tyranny we explain in our book, “We Didn’t Fight for Socialism: America’s Veterans Speak Up.”

In it, we warn how government control over the lives of citizens is the ultimate goal of socialist regimes. The freedoms in our Bill of Rights and the individual liberty that is the cornerstone of our Constitution are anathema to socialists. Freedom and liberty are the antithesis of government coercion and control. When the elected officials and bureaucrats who run the government work for the people, socialist tyranny is impossible.

We also describe how socialists use “emergency situations” to take control over the lives of citizens. In 2008, President Barack Obama’s chief of staff, Rahm Emanuel, said, “You never let a serious crisis go to waste. And what I mean by that is (it’s) an opportunity to do things you think you could not do before.” His use of the word “you” was wrong. He meant “we.”

Once government gains control over any aspect of individual citizens’ lives, it does not easily surrender such power. Victor Davis Hanson of the Hoover Institution, in an interview with Dinesh D’Souza on Oct. 17, stated the left has “declared war” on the very idea of citizenship.

According to our Constitution, elected officials serve at the pleasure of our citizens. But to Biden and his “progressive” minions, individual citizens are but mindless chess pieces to be manipulated by government.

Emanuel admitted a crisis allows government to do things it otherwise could not do. Prior to the COVID-19 pandemic, a president might well have been impeached for insisting employers fire pilots, flight attendants, police officers, firemen, truck drivers and heroic first responders, et al., for “violating” an unconstitutional mandate.

But, like all his socialist predecessors, Biden unleashed a powerful propaganda campaign to deceive, distort, divide and destroy opponents with fear. His pliant allies in the so-called mainstream media aided this strategy. That’s why he used an executive order instead of congressional legislation to impose his “fire them” rule.

Sadly, it’s not over yet. Our book also warns about the terrible history of socialist tyrants’ unrelenting pursuit of government control even when results are disastrous. This is most likely the case with Biden’s vaccine mandate. Today, businesses are shutting down because they cannot attract or keep a sufficient number of employees while Biden’s mandate is wreaking havoc on our already faltering economy by causing irreplaceable personnel to quit or be fired.

This is unconscionable. Americans cannot be fired for their religion, skin color, age, medical condition or sexual orientation, but Biden orders them fired for refusing the so-called COVID inoculation. This is socialist tyranny. 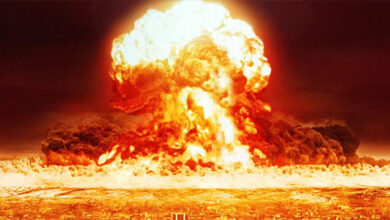 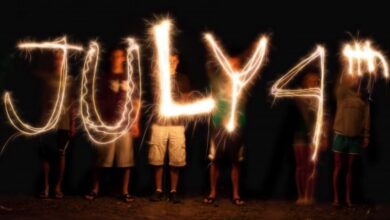 Most Young Adults Do Not Know Why We Celebrate July 4th