If former Vice President Joe Biden, who routinely takes time off from the presidential campaign, governs the way he campaigns, at best he’ll be a part-time President.

That’s too bad. Because if Biden wins, being President is a full-time job. Just ask President Donald Trump, who just contracted the Chinese coronavirus and has kept right on working through it after briefly being admitted to Walter Reed Medical Center.

Biden, who at 77 years old would be the oldest President ever elected, already appears to be semi-retired, only apparently seeking one term of office. He’s been called a potential “transition president.”

In Dec. 2019, a prominent Biden campaign advisor told Politico, “If Biden is elected he’s going to be 82 years old in four years and he won’t be running for reelection.”

Politico’s Ryan Lizza reported, “Former Vice President Joe Biden’s top advisers and prominent Democrats outside the Biden campaign have recently revived a long-running debate whether Biden should publicly pledge to serve only one term, with Biden himself signaling to aides that he would serve only a single term. While the option of making a public pledge remains available, Biden has for now settled on an alternative strategy: quietly indicating that he will almost certainly not run for a second term while declining to make a promise…”

But when confronted with the possibility of only serving one term by ABC News’ David Muir in August, Biden declared, “No, it doesn’t mean that” and when asked if he would leave open the possibility of running for reelection, Biden stated, “Absolutely.”

But that hardly settles the matter, and raises the prospect that the American people, should they choose Biden, could be electing a weak, lame duck President with little political capital to get anything done.

The first two years being critical to setting a presidency on a long-term path to success. Why?

Meaning, even if Biden manages to win in November, depending on how large his majorities are, he might find himself politically incapacitated at the outset, with many observers simply waiting for Kamala Harris, Biden’s running mate, to take control.

Why stick your neck out for a one-termer?

Biden’s absence on the campaign trail is noticeable, said Americans for Limited Government President Rick Manning, responding to President Trump’s working during his bout with COVID-19: “Sometimes being President means acting like the leader of the free world, rather than hiding in one’s basement. President Trump showed how a leader who understands the role of the President acts, while his opponent, Biden, continues to cower in fear of the Covid virus.”

Biden also has a weak record on working across party lines. During his tenure as Vice President, the stimulus spending, omnibus spending, Obamacare and Dodd-Frank financial reforms were all passed with little to no Republican support during Obama’s first two years. Obama’s last six years in office had very few major legislative accomplishments to speak of.

Trump in contrast has passed numerous bipartisan pieces of legislation, including in 2020, with ratification of the U.S.-Mexico-Canada trade agreement that ended NAFTA, and several bills dealing with the coronavirus including its economic fallout, with the $2.2 trillion CARES Act that helped shore up small and large businesses, state and local governments, critical industries including airlines, sent checks to American households and extended unemployment benefits to those who needed it.

Thanks to those measures and President Trump’s leadership, the U.S. economy is currently experiencing a rapid recovery, with more than 14 million jobs already recovered of the 25 million lost when labor markets bottomed in April, according to the Bureau of Labor Statistics’ household survey.

Throughout the pandemic, President Trump has routinely made himself available to publicly speak on his administration’s efforts in combating the virus, including building up the nation’s testing capacity, ventilator production, hospital resources and addressing the economic fallout of the state-led lockdowns.

With Biden, you get the feeling he would just leave everything shut down forever — even as others such as Dr. Anthony Fauci say we don’t need another lockdown — and send us a memo in a few years telling us if he’s going to run for reelection or not. With threats emerging from China, Iran and elsewhere, and ongoing damage being wrought by the pandemic and the lockdowns, the American people cannot afford to have as president somebody who is not fully committed to the task at hand. 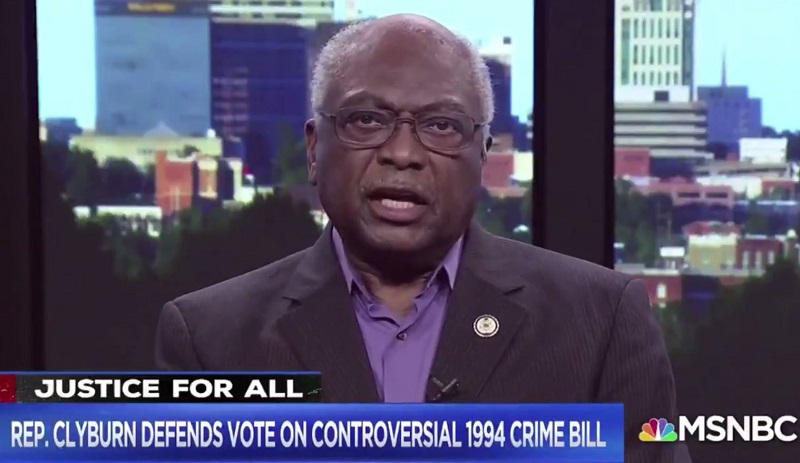 Video of the Day: Democrat James Clyburn says Bill of Rights might not survive if put to the public today