The American elite have set the American ship of state on fire. And now, as usual, the rats who did this, are the first to jump ship. Let’s just take Jen Psaki leaving her job as one example. As the ship goes under, those who sabotaged it, want to be far away, and hope that you forget what they did.

Fascists Democrats have planned, and have almost at the point of succeeding in bringing about, the collapse of the US economy, society and military. The idea behind this planned destruction is that after the economic, educational, and energy systems collapses… the state and Federal fascists (the ones who kept us locked down for almost two years) can step in. And finally have in their blood-stained hands, total authoritarian power similar to Russia.

It’s obvious the present fascist government of the United States under the puppet president, has been trying to provoke some type of violent rebellion against the disasters which now occur every day. One after another. Inflation, open border violence, drugs, sex crimes… vaccine mandates, lockdowns… all with threats of more. Life in American cities is becoming unsustainable as local crime skyrockets, and external crime in the form of Mexican Cartels take over the cities after crossing the open southern border.

But the American people have not taken the bait to violent rebellion. Despite incredible damage and threats to their lives and safety from Democrat fascist policies. And the more time goes on the more insane policies become.

For example, now the Biden Administration is planning to strip the medical coverage of veterans and transfer it to illegal aliens. Amazing, but that’s the plan.

Similarly, an American worker who paid into Social Security their entire working life might have a monthly income of $1,200. While a new illegal immigrant family is paid $2,600 monthly or more depending on the number of children.

On top of that, the sexual assault and CRT targeting children in schools… and on and on.

The plan of the elite progressive billionaires, politicians, has been to slowly destroy economic, social, political life in America. And when economic, food, transportation collapse starts to occur, the puppet masters behind present fascist federal government, its deep state, and black money infrastructure, is planned to step in and through something like unending martial law assume a lasting dictatorial power.

Generally, whatever Democrats do, ends in results they could never have predicted. And the Frankenstein monster of destruction they have created is acting much more rapidly and much more destructively than they planned. Now the Puppet masters understand, it’s not just the Middle Class that will be crushed and their blood run in the streets. The collapse is happening so rapidly and so destructively, that the progressive Fascist Puppet Masters’ blood will be flowing in the streets as well.

The elite is now in panic.

The food and energy sectors are collapsing. Economic catastrophe is on the horizon where the elites themselves might not be able to secure food at any price. The security of the elites themselves is also under threat. And internationally, military disaster threatens as the US becomes a third world military power, outmatched by China, Russia, Iran, and possibly even North Korea.

The puppet masters are therefore (in March and April 2022) reversing course full force. They haven’t had a change of heart, they are simply trying to save their own lives.

Obama’s $14 million seaside estate must be saved. And this salvation will be accomplished by first crushing their puppets. Joe Biden and his administration will be thrown under the bus. Psaki is jumping ship with that in mind.

Let’s put it this way, Democrats… through Open Borders, Destruction of the Oil, Gas and Coal industries, disruption of the education system, stoking massive inflation, have accomplished their goal: to set the ship of state on fire.

What these pyronamiacs seem to have forgotten, is that they are on the ship too! Now they are jumping ship. And those with sea experience know, rats are the first to leave a sinking ship.

Accordingly the progressive intel community, justice department community, treasury, energy and high profile “stars” such as Psaki, are jumping ship. And making sure they crush their puppets (such Biden, Harris) on the way out. Next on the agenda is the middle class.

What can we do in this situation? First, chain the pyromaniacs who brought this destruction, to the ship. Think about it and plan how to do it. Non-violently and in accordance with the law, chain the politicians, so-called medical experts, legacy media, big tech social media responsible, dark money leftist billionaires, to the sinking ship of state. Words at first. So let’s start talking about it, and get our so-called representatives in local, state, and federal government to talking about it also. Even better, we become those representatives ourselves, so words will become deeds.

And similarly, when the 2022 elections are “postponed” or terminated by the horrific federal government… on the excuse of one emergency or another… we must ignore the cancellation. Hold your local, state, federal elections and be certain the results are binding. Declare your winning candidates and be certain they are sworn into office, and have the power to which they were elected.

(Note that no one in this post is accused of a crime. In the United States, citizens are assumed innocent until / unless proven guilty in a court of law.)

Dr. Joel S Holmes is an engineer working in hydropower and also chemistry.

One of the ways in which pyromaniac progressives are brining destruction to life and society in the United States, is the Global Warming / Climate Change fraud. Which is simply a tool to destroy American energy, resulting in economic and food collapse.

He recommends a book which destroys the lies of Climate Change and shows that in fact we are heading into a new ice age. This book is a strong tool against Climate Change policies which cause unemployment and shortages of goods and services.

is available on Amazon 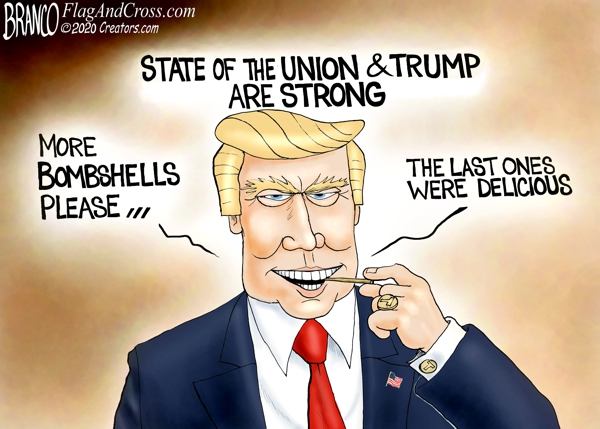 Cartoon of the Day: What’s for Dinner? 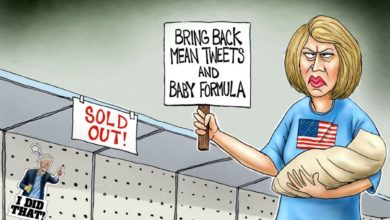