U.S. District Judge Karen Immergut claimed that an attempt by pro-gun groups to stop enforcement of Oregon Measure 114 would likely not succeed. She also stated that magazines larger than 10 rounds weren’t protected by the 2nd Amendment anyway. A Federal judge who has no clue about what she’s talking about: priceless.

UPDATE: The Oregon Supreme Court placed a hold on the enforcement, with a hearing set for next week in Haney County.

By contrast, Defendants have produced evidence showing “all firearms that can accept a detachable large-capacity magazine can also accept a magazine that holds 10 or fewer rounds and function precisely as intended.” And, for firearms with fixed magazines, Defendants’ evidence shows that “[a]ny fixed-magazine firearm can be modified to hold 10 or fewer rounds and function as intended.” Id. As such, Plaintiffs have not shown that the magazines restricted by Measure 114 are necessary to the use of firearms for lawful purposes such as self-defense. Therefore, Plaintiffs have failed to show that magazines capable of accepting more than ten rounds of ammunition are covered by the plain text of the Second Amendment.  Judge Karen Immergut

To remind all of the readers: Oregon Measure 114 requires a permit to purchase any gun, and bans all large capacity magazines over 10 rounds. The state has been having extreme difficulty creating an infrastructure capable of handling such a plan, so the judge did invoke a stay for that part of the law. She gave them 30 days to figure it out and if they need more time they should contact her. Never mind the legal gun owners who stand to be arrested for owning any weapon with a magazine over 10 rounds. The judge seems to think that semi-automatic weapons (which have been around for about 100 years) are some new-fangled technology that means the Bruen decision doesn’t apply.

Since Oregon is within the Ninth Circuit Court, it is unlikely that they will intervene in the case, although the Plaintiffs will likely appeal the decision there on its way to the Supreme Court (if they will even touch it in light of their recent rulings). Either Judge Immergut has ignored the Bruen decision, or thinks rewriting history will solve the problem. It won’t, and the legal gun owners of Oregon will suffer. 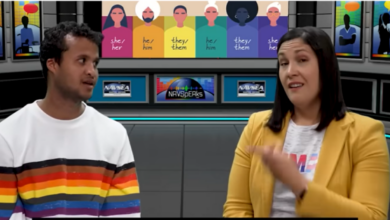