AS always, those who attempt to place lipstick on a pig end up stinking to high heaven, as if they too have been rolling around in the mud. And even if one is too far away to ingest the actual stench, the fact is that the figurative smell of immorality follows them around. Taints.

SUCH is the case, dangerously so, when it comes to the infestation of Islam’s soldiers for Allah into the west. But before we delve any further, it is incumbent upon non-Muslim westerners to internalize the key and core fact: without a scintilla of a doubt, the overarching Islamic immigration into the west has nothing to do with “refugees.” It is a Koranic-mandated “hijrah” and that is that.

Just as the ayaat about jihad are spread out all over in the Qur’an, hijrah too has been mentioned many times in most of the Surahs. A cumulative view of these ayaat shows that there are three kinds of themes in ayaat relating to hijrah. Firstly, there are the merits of hijrah; secondly, its worldly and other-worldly blessings; and thirdly, warnings against not migrating from dar-ul-Kufr despite having the ability to do so.

As for the merits of hijrah, Surah al-Baqarah ayah 218 says,

“The ones who have believed, emigrated and striven in the cause of Allah with their wealth and their lives are greater in rank in the sight of Allah . And it is those who are the attainers [of success].”

“And whoever emigrates for the cause of Allah will find on the earth many [alternative] locations and abundance. And whoever leaves his home as an emigrant to Allah and His Messenger and then death overtakes him – his reward has already become incumbent upon Allah . And Allah is ever Forgiving and Merciful.”

According to some narrations, this ayah was revealed about Khalid ibn Hizam at the time of the migration to Ethiopia. He had left Makkah on his way to Ethiopia with the intention of hijrah. Enroute, a snake bit him which caused his death. In short, the three ayaat cited above have clearly emphasized hijrah from dar-ul-Kufr and the many merits it has.

In a hadith, the Prophet sallAllahu aalyhi wa sallam said, “Hijrah will undo all sins which may have been committed before it.”

MORE indicative and supportive of the same, the following is beyond instructive:

EVEN more so, Muslims running from the internecine slaughter for hegemony – within the very same Middle East and Africa – are shut off from Islamic ruled countries which should have their arms and doors open to assist brothers and sisters in need. What’s going on? And not to be forgotten in the stench, the real targets of the slaughter within each Islamic hell hole, you know, the Christian communities, are met with silence from western politicians and the media. Stone cold.

WHICH brings the danger to America ala the Swedish template, as it intersects with the S. African and Mid-Eastern “models” of carnage, that much closer.

IN this regard, recall President Trump’s Swedish kerfuffle, so much so that he was more on target than even he likely realized!

President Trump caused a stir after referring to an “incident” in Sweden.

BUT never find. Facts are stubborn, despite those who work overtime to turn truths upside down.

The truck attack in Stockholm by an Uzbek terrorist, which killed four people and injured about 15 more, is providing another reminder of the shifting demographics of Sweden.

What was once a largely peaceful country of Nordic citizens has morphed into a multi-ethnic entity in which nearly a quarter of inhabitants were either born abroad or born in Sweden to two parents who were born abroad.

Rakhmat Akilov, the man suspected of plowing a stolen beer truck into pedestrians near a busy Stockholm department store, was born in Uzbekistan and had sought asylum in Sweden, but his application was rejected. In December, he was given four weeks to leave the country, but he went underground, and Swedish police were unable to locate him until Friday’s attack.

While Akilov was in Sweden illegally, plenty of other foreigners have made their way into Sweden legally over the past 15 years, leading to rapid population growth. In January, the country’s population reached 10 million for the first time. As recently as 2010, analysts had predicted Sweden would reach 10 million people in 2021, but the population increased faster than expected during the intervening six years. Between 2010 and 2015, the population grew by about 4 percent a year, far greater than the European Union’s average of 1 percent….

If these demographic trends continue, native Swedes with two Swedish parents could become a minority in Sweden. Fjordman, a Norwegian historian and expert on Europe, Islam and multiculturalism, believes it could happen within a few decades, while economist Tino Sanandaji has suggested it could happen within the coming generation.

Leo Hohmann, a WND news editor who authored the book “Stealth Invasion: Muslim Conquest Through Immigration and the Resettlement Jihad,” believes Sweden will eventually cease to exist as the world knows it, but he says he doesn’t know when it’ll happen….continue reading….

MOST revealingly, a sliver of Muslim immigrants are of like-mind with western truth-tellers. Miracle of miracles.

ALAS, moving right along with all of this site’s cumulative evidence (when it comes to Allah’s Muslim Terrorists, regardless of locale) think about it: how far down America’s road lies a comparative multi-culti analysis to the genocide befalling S. Africa’s white and Christian population by African communists and Muslims agitating behind the scenes? You decide.

It’s a grim reality unfolding in the supposed Rainbow Nation each and every day. And it’s largely ignored or even excused by the establishment media.

“There is a genocide going on in South Africa right now, and it is the genocide of white farmers,” said Carl Gallups.

On a recent edition of his radio show “Freedom Friday,” the pastor hosted Alex Newman, a former resident of South Africa and an international journalist who has been sounding on alarm on the disturbing developments in the country.

“What’s happening there now is just monstrous beyond words,” said Newman. “I think genocide is a very appropriate term to use there.

“You have the organization Genocide Watch, and they put the Afrikaner minority which is descended from the Dutch, the German and the French immigrants that went down there in the 1600s and kind of became a nation of their own, at Stage Six on their genocide scale. Actually, just a few years ago, they had them just on stage before the actual extermination process because you had the president going on television singing genocide songs, openly, in front of his military at the ruling party’s anniversary celebration. It’s a dire situation.

“Can you imagine the president of a country singing ‘Bring Me My Machine Gun’ because my cabinet and I are going to exterminate a particular minority group? Any sensible person would recoil in horror, as this is absolute craziness.”

South Africa was settled by both Dutch and British settlers. Since apartheid was overturned, the country has been run by a black majority and the white minority – probably less than 10 percent of the nation’s population – is part Dutch-derived (Afrikaner) and part British-derived…..continue reading the horrific comparative analysis….

LO and behold, it comes from a direction which would hardly be considered – on this end – as a credible citing, to say the least. However, there are times where the truth is so starkly revealed that it behooves going outside one’s comfort zone. This is one of those times!

Lucas recommended strictly limiting the U.S. refugee program and other immigration to cultures and societies that “share our values.”

“We can be like a sports team,” argued Lucas. “We can choose the crème de la crème. Doctors. Engineers. Programmers from all over the world. But from the world that is sharing our values. That is my very strong belief.”

Lucas made his comments in an interview to air on this reporter’s Sunday night talk radio program, “Aaron Klein Investigative Radio,” broadcast on New York’s AM 970 The Answer and Philadelphia’s NewsTalk 990 AM.

Lucas was speaking about recent reports in the international news media of gay men being jailed, murdered or tortured in the Russian republic of Chechnya. He was also referring to rampant reports of gay men being murdered by relatives in Islamic honor killings in the Middle East, Europe and at times the U.S.

Asked what can be done about the situation of the LGBT community in Islamic countries, Lucas replied:

We can’t change their society. We in the West always want to fix the problem. We always think that it is fixable. We always believe that we should be able to do something about it. Well, not in certain societies. Particularly in a society where we have absolutely no mechanism of such change. We don’t have an upper hand in certain places. We are not having any deals with Chechnya.

We have to make peace with that fact. What I always recommend is when you see how these people live, what they do, start appreciating more our society. And protect our society from those barbarians as vigorously as they protect their society, their way of living, their way of thinking. And that is very important for people to understand.

When we try to push on the society to change their ways then we make the problem bigger…..continue here for some much needed disinfectant….

MOST ominously, America’s Demsters – in tandem with Islamists and assorted surrogates – are Allah-bent on flooding the nation with the very same savages invading Sweden, Germany, and the west at large. Similarly, they are agitating to impose Islam’s underbelly, Shariah Law, upon the nation.

AGAIN, the warning signs are blaring and blaring – at least for those whose ears aren’t stuffed and eyes aren’t blinded to what lies in wait!

This message contains content that has been blocked by our security systems.

Yes, additional “proof-in-the pudding” as to why “BANNED: How Facebook Enables Militant Islamic Jihad” had to be written!} 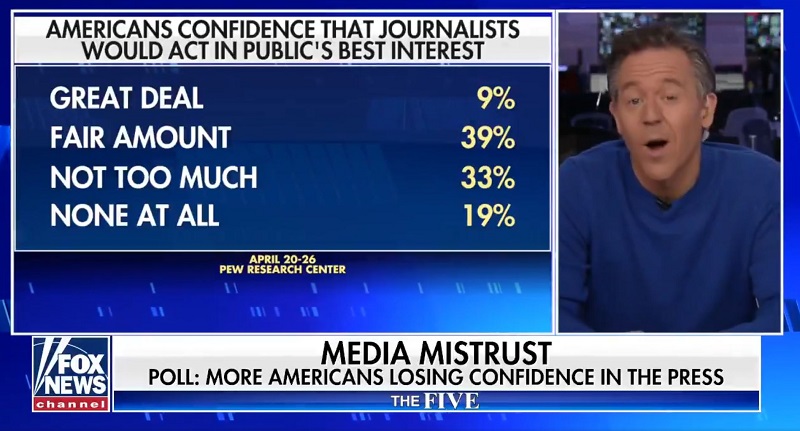 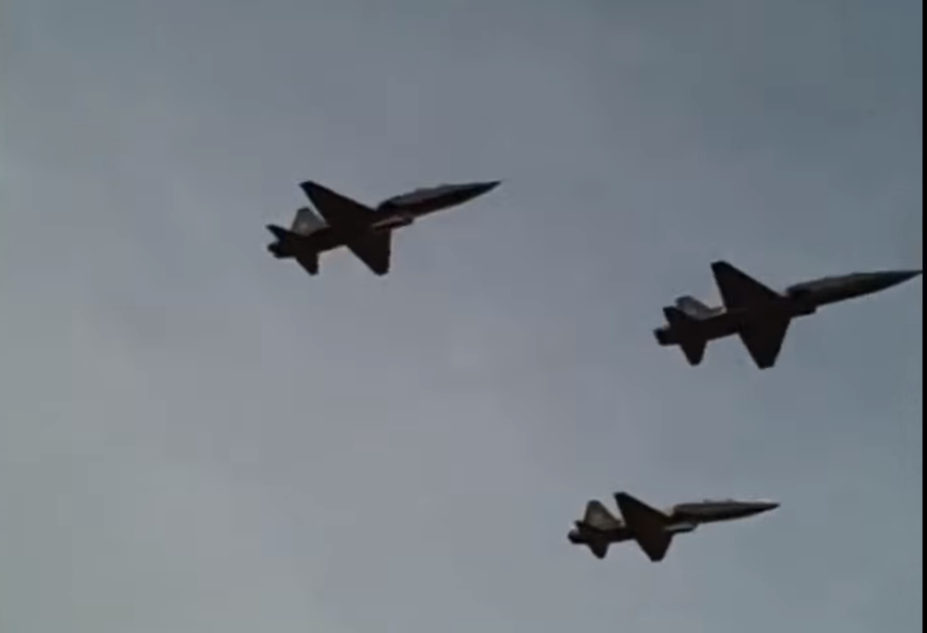