“Almighty God, we acknowledge our dependence upon Thee, and we beg Thy blessings upon us, our parents, our teachers and our Country.”

It started with this beautiful prayer becoming a ‘ground zero’ of sorts between ‘believers’ and ‘non-believers’…simple words said voluntarily for decades by school children across this country. Then, in 1962, a group of seven parents from New York brought suit claiming that the reciting of even this most innocuous of prayers violated their First Amendment rights as they believed that any prayer said in public schools showed that the government was establishing and promoting religion.

Thankfully, the New York State courts ruled against the parents saying that prayer was indeed constitutional as long as it was voluntary…which in this case it was. But the parents pressed forward and on appeal, and in their usual misguided wisdom, the Supreme Court ruled that government-endorsed prayer said in public schools was indeed unconstitutional as it was inconsistent with the ‘Establishment Clause’ of the Constitution…as in the separation of church and state. And their ruling went even farther saying that prayers said during school commencements and athletic events were unconstitutional as well. Then in 1963, the SCOTUS ruled against allowing any and all Bible reading in class, followed in 1980 with their (most grievous) decision that posting the Ten Commandments in public school classrooms also violated the Constitution…yet the Ten Commandments appear on the entrance to the Supreme Court Building.

And so the battle lines were drawn.

And from that day forward our beloved America became divided NOT just in the political sense of Democrat vs. Republican, but divided based upon those of faith vs. the non-believers, and that is a division we can ill-afford when 2016 is first and foremost all about numbers.

We know…or should know by now…that we have serious issues facing our country…issues that can destroy everything our Founders and Framers intended our great nation to be. And unfortunately, our problems are coupled by having a traitor occupying the White House…a traitor that knows how to play the game of pitting conservative against conservative, and it’s we conservatives that have allowed said traitor…one Barack HUSSEIN Obama…to succeed in his goal because we have NOT stood united as one to stop him, and that is NOT just sad but downright scary.

Downright scary for sure…especially when the division involves those of us who do believe in the one true living God of the Christians and the Jews. And it becomes even scarier when one denomination vs. another denomination and all vs. the non-believers…as in Evangelicals vs. Roman Catholics…Roman Catholics vs. Born-Agains… Born-Agains vs. Jews…Jews vs. atheists…any and all vs. anyone who does NOT believe as they do. And what’s suffering the most in this divisiveness…and the one thing that should be uniting all Americans NOT just conservatives but liberals as well is the U.S. Constitution. The very heart of this country…the Constitution…has now become the touch point in a battle between those of us Conservatives who want our Constitutional Republic to stay as our Founders and Framers intended and those of us Conservatives who lean more to what I’ll call a ‘Theocratic Republic.’

And whether they want to admit it or NOT that is indeed what some on our side truly seem to want and are doing everything possible…including trying to rewrite our founding history…to have it  become a reality.

So while the Constitution…the very foundation of our Constitutional Republic…lays out the political system by which ‘We the People’ are governed…a system where representatives are elected by those of us who are eligible to vote…we are first and foremost a nation of laws…laws stating that free men are all equal in the eyes of the law…with that law being set down in and guided by the Constitution. And the rule of law set down in the Constitution made sure that the new nation being created was NEVER to be a theocracy…a government ruled by leaders having religious authority…for that was the very governing system our Founders and Framers so willingly left behind.

And herein lies the issue of a Republic vs. a Theocracy…a battle cleverly orchestrated by the left to NOT only divide we on the right, but also to squelch…if you will…the basic belief of most Americans that there is something…someone…higher than us. This is NOT a simple media-portrayed battle of a football player praying before a game nor is it about the reciting of a simple school prayer now removed so as NOT to offend non-believers…this battle has morphed…again courtesy of the left…into a perception of the current what’s referred to as ‘soft’ persecution…now ongoing in the guise of censorship…becoming so-called ‘hard’ persecution in the blink of an eye. And know that ‘hard’ persecution is seen by some moderate Republicans, as well as the majority of those on the uber religious far right, as future physical and violent attacks on America’s Christian population.

And censorship is now running the gamut from the left’s trying to stifle Pamela Geller’s First Amendment right to free speech as she rightfully fights to keep the sharia out of America, to some wanting the freedom to NOT only pray in public anytime or any place of their own choosing, but to also have prayer as part of the school day as it once was. And here is where the conundrum lies for while ‘voluntary’ prayer said in America’s schools, before government functions, or sporting events, will NOT lead to a theocracy, ‘forced’ prayer very well could.

Let me explain…being that a national religion is NOT mentioned anywhere in the Constitution…in fact nowhere can the words Christianity, Christians, God, or Jesus Christ be found in the Constitution… this translates into the reality that our Founders did indeed intend for a ‘separation of church and state.’ At best we can say that from quotes from the Mayflower Compact, from the preambles of many state’s constitutions as well as the preamble to the Declaration of Independence, to the personal but none legal writings of our Founders and Framers, the intention was that the Holy Bible and The Ten Commandments were to be the moral code by which we live, but that the Constitution alone was to be the all-important legal code concerning any and all adjudicating of the laws of our land. However, and this is critical, nowhere in the Constitution does it say that ‘separation of church and state’ has to mean separation from prayer or religion itself.

From prayer or religion itself…but whose religion…whose prayers are we to say…if we are to say any.

And with many Americans across party lines believing that both prayer and religion are meant to be a private matter between them and their God, we still have many Americans who believe that their personal religion and their personal religion alone…complete with their religion’s prayers…must be inserted into each and every aspect of our government. Yet these are the very same people who want the government out of their religion and that is the very basis of a theocracy.

So while the United States of America was indeed a country founded upon Judeo-Christian beliefs, values, and morals…most especially upon the above Jewish originated Ten Commandments… what denomination of Christianity did our Founders want us to follow.* The truth is that they wanted NONE…and why…because they were wise enough to know that the different Christians factions all practiced their faith differently and who was to say which faith’s practices were better than the others, especially when at this time in our nation’s history one had to be a member in good standing of their state’s established church in order to vote and hold public office. For example, in Massachusetts you had to be a member of the Congregational Church, in Virginia one had to be a member of the Anglican Church, and the other eleven colonies had their own churches and restrictions as well…with all thinking they and they alone were God’s chosen church. And when you add in that our Forefathers came to this country to escape the theocracies of Europe…to secure freedom of religion NO matter one’s religion or lack thereof…it becomes apparent that a faith-driven nation…in other words a theocracy…was NOT their intention.

Was most definitely NOT their intention as per what they laid down in Article 6, Clause 3 which states, “The Senators and Representatives before mentioned, and the Members of the several State Legislatures, and all executive and judicial Officers, both of the United States and of the several States, shall be bound by Oath or Affirmation, to support this Constitution; but no religious Test shall ever be required as a Qualification to any Office or public Trust under the United States.”

Simply, and most importantly, these words stated in NO uncertain terms that one’s religious affiliation… or lack thereof…would NEVER be used as a consideration in judging one’s qualifications to hold office, translating into equality of religions becoming the law of the land. Equality…easily ratified as it should be…has seen the Christian far right fighting this article as far back as the 18th century, and their fight continues to this day…meaning if this article were ever to be removed from the Constitution a theocracy would be effectively put into place.

So this comes down to the fact that today’s uber religious far right cannot and must NOT be allowed to change our nation’s past…especially in regards to our foundation…to conform to their view…and their view alone…of what should be America’s future for their future is NOT one of a Constitutional Republic but one of a Theocratic Republic…the very thing our Founders and Framers worked so hard to protect the new nation from becoming.

But again, as with a national religion, NO mention was made in the Constitution to forbid prayer in and of itself even when said in a public venue…and in today’s volatile and dangerous world even the SCOTUS would have to agree that a little prayer now and then couldn’t hurt…now could it.

Trump extends national lockdown until May to combat Chinese coronavirus, but how widespread is infection? 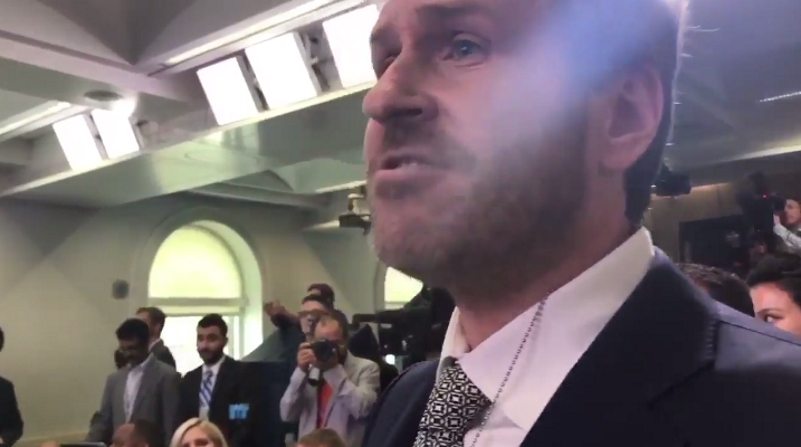 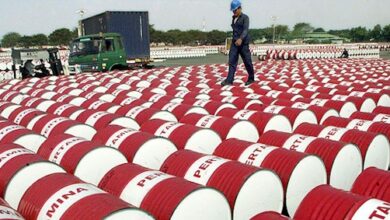