When Betsy DeVos was confirmed as Secretary of Education, Hillary Clinton was in the news giving a speech somewhere unimportant about women and girls saying the “future is female.” Certainly one thing had nothing to do with the other in Hillary-world but you’d think that it should have since here we have a woman being confirmed to a cabinet position to the objection to liberal men. Isn’t that a victory?

I know, it’s somehow besides the point.  When Republican women are criticized, it has nothing to do with gender, unless the left wants to make an issue of it; then it’s okay. If Hillary weren’t a manipulating con-artist and her message were sincere, she would have at least made mention of DeVos to congratulate her, you would think, since she’s all about being the champion of women and girls.

When Senator Elizabeth Warren was told to sit down on the Senate floor for calling Attorney General nominee Jeff Sessions a racist, it wasn’t because she’s a women or .0000002% Native American, it was because of a rule that Senators can’t speak ill of another Senator on the floor. Women can be shunned just like men, heck, they can even lose elections to the presidency just like men and it would have nothing to do with gender or their attractiveness or even the lack thereof. On that basis they can actually win. You think Angela Merkel is the leader of Germany because the Germans were hoping for a nip-slip at a G8 summit?

For the likes of Hillary there can be no gender equality because the struggle would be over and the struggle is the point of it all. When Obama became president so-called civil rights leaders had to work double-time to keep alive the notion that blacks are still second class citizens and whites are in first place. Hillary becomes the first female presidential candidate in history but she feels a need to console “women and girls” saying they are “worried about what the future holds and wonders whether our rights, opportunities and values will endure”. Why would they be worried? Didn’t Hillary win the popular vote?

Playing the gender/race card is just a sleight-of-hand hook but in the process it’s contradictory. We should elect Hillary because she’s “all-in” as she says, when playing the gender card. Why? Because women are different from men, perhaps better? If we can elect Hillary because of her gender it makes sense that we can not reject her on the same basis since gender is the paramount consideration.

We see that in the treatment of Betsy DeVos in the publication The Concourse by a writer who reduces DeVos to a wife that has the gall to believe in God:

A religious wingnut of the highest order, the West Michigan native married into Amway money (her husband Dick is part owner of the Orlando Magic and the entire DeVos clan is worth over $5 billion, according to Forbes) and has made it her life’s work to wage war on public schools in her home state…

No problem. As long as they are talking about someone they don’t like, the rules of tolerance don’t apply. Earlier in the same article:

Even among all the billionaires, ideologues, and straight-up racist goons Donald Trump has nominated for his cabinet, Betsy DeVos, who was confirmed earlier this week as the Secretary of Education, stands out for how seemingly unqualified she is. As the doomed critics of her nomination were quick to say, she has never taught in a public school, attended a public school, or sent her children to a public school.

Among male “racist goons,” DeVos stands out? Nothing worse than a rich wife with the luxury to stick her nose where it shouldn’t be. Worse than a racist goon even.

When was the last time we had a Defense Secretary fire a howitzer or drive a tank? Does it matter? Is it The Department of Education or The Department of Public Education? DeVos is “seemingly unqualified” which is rich since the only qualification Hillary had was being married to a president and using her position in the State Department to shake down billionaires. DeVos has actually worked to improve education in Michigan for better or worse, but, she “married” into wealth, never taught a class and will introduce market forces into a deteriorating education system and we (wink wink to you Socialists out there) know how evil markets can be.

No. It’s all manipulation and besides the point. DeVos is a Republican and what’s worse, she’s a wifey unqualified woman. 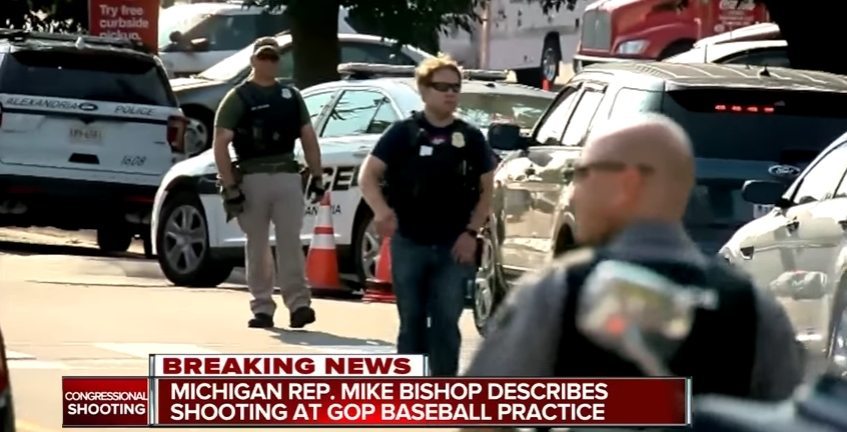