Over 100 African illegals waded across the Rio Grande on Thursday last week near the Border Patrol’s Del Rio Station in Texas. All of them from Cameroon, Angola, and Congo. It’s the first all African group apprehended. Still no crisis, yet? 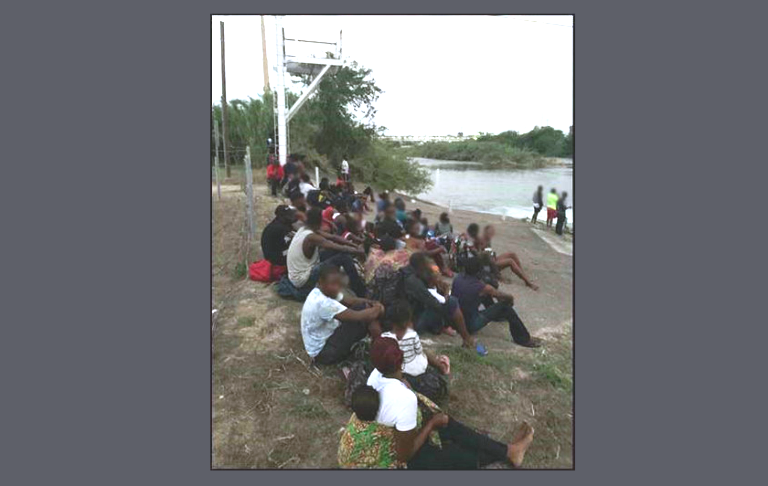 Last night, U.S. Border Patrol agents apprehended more than 100 illegal aliens from Congo, Angola, and Cameroon near the U.S.–Mexico border. Our southern border is now a magnet for illegal immigration from all over the world. It’s time for Democrats to help close the loopholes!

Our southern border is now a magnet for illegal immigration from all over the world. It’s time for Democrats to help close the loopholes! pic.twitter.com/lxe7qqQiNj

“Large groups present a unique challenge for the men and women of the Del Rio Sector,” said Chief Raul Ortiz. “This large group from Africa further demonstrates the complexity and severity of the border security and humanitarian crisis at our Southwest border.”

Agents performing line watch operations apprehended the group after they illegally crossed the Rio Grande into the U.S. around 10:30 p.m.

Agents have encountered 182 large groups of more than 100 individuals across the Southwest border so far this fiscal year.

The Border Patrol is understaffed and overwhelmed, but a border barrier would do wonders to help them.

In prior years, where border barriers were installed, illegal entries dropped between 72% – 95%. Right now, we are putting our funding to work to upgrade aging infrastructure & erect new barriers in areas of particular vulnerability. pic.twitter.com/gefum5FwuX

As Democrats continue to make the crisis about Trump, it seems inconceivable that they are so deaf to the real problem. Time to fix the loopholes in US immigration policy – but will they EVER do it?