Rumors said that Abu Bakr Al-Baghdadi was dead. Or extremely sick. Or maybe even wounded from constant airstrikes. But on April 29, a video surfaced showing that the leader of ISIS was very much alive.

In the video, Al-Baghdadi talked about losing Baghuz, the small spot that was left in their caliphate. 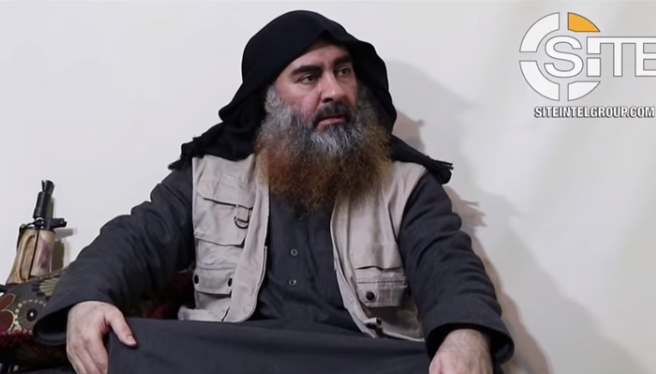 “Truthfully, the battle of Islam and its people against the cross and its people is a long battle,” he says in the footage. “The battle of Baghuz is over. But it did show the savagery, brutality and ill intentions of the Christians towards the Muslim community.”

The text accompanying the video also praised the Easter bombings in Sri Lanka that killed over 250 people.

“Americans and Europeans failed as we congratulate our brothers in Sri Lanka for their allegiance to the caliphate,” the text says. “And we advise them to stick to the cause of God and unity and to be a thorn in the chest of the crusaders. We ask God to accept their martyrdom and help the brothers fulfill the journey they started.”

Rumors of his demise ran rampant through different intelligence sources and media. At one point the Russians claimed they’d killed him in an airstrike. the US often thought he was mortally wounded, but leaders like Mattis and others weren’t so sure. They’ve been proven correct – he’s alive and still calling for his followers to attack the West.

Since the last sliver of territory was wrenched from ISIS control on March 23, 2019, one wonders where this video was filmed? On April 19, the Institute for the Study of War reported that ISIS was gaining ground in Iraq.

ISIS lost its last zone of territorial control in Syria on March 23, 2019, but its resurgent campaign continues to gain momentum across Iraq and Syria. ISIS is expanding its support zones and scaling up its attack campaign in key cities including Ar-Raqqa City, Mosul, and Fallujah as well as rear areas in Northern Syria and Iraqi Kurdistan.

If Wallace’s analysis is correct, then several places that were hard fought and bloody could once again become key battlegrounds: Fallujah and Mosul among them in Iraq, Raqqa in Syria. ISIS is much like a colony of cockroaches: stamp them out in once place, they come back in another.