What I am about to share with you is extremely disturbing.  There are some that don’t want to hear bad news like this, but most people would rather know what is coming so that they can prepare for it.  As I have been documenting on my websites for months, we were already heading for a nightmarish global food crisis even before the war in Ukraine erupted.  Fertilizer prices have risen to absolutely absurd heights, and this is going to depress agricultural production all over the planet in 2022.  And of course the war in Ukraine has now made this emerging crisis a whole lot worse, because Russia and Ukraine collectively account for approximately 30 percent of all global wheat exports under normal conditions.  So with everything that has been going on, it is absolutely imperative that we have a good growing season here in the United States this year.  Unfortunately, it appears that a series of “mega disasters” is going to prevent that from happening.

In recent days, a number of people have written to me about the bizarre storms and unusually cold temperatures that we have been witnessing in our agricultural heartland.  Winter has stuck around a lot longer than usual in the middle of the country, and this has prevented large numbers of Midwest farmers from planting their crops in a timely manner…

In the last several weeks, farmers in the Northern Plains have been battered by blizzards, winter storms, high winds, and extreme flooding. These weather phenomena have delayed farmers from plantings in high-producing crop regions. Every week plantings are delayed, the harvest yield shrinks, and this comes at a precarious time as the global food supply chain is fracturing.

Private weather forecasters and ag specialist BAMWX warned about delayed plantings across the Northern Plains to Midwest to the Ohio Valley. Some farmers might not be able to plant until at least May as widespread above-average moisture, and widespread well below average temperatures inhibit farmers from working their fields.

Unfortunately, we still haven’t gotten a break in the weather.

In fact, forecasters were warning that temperatures would be plunging near all-time record lows in Ohio on Wednesday and Thursday…

The National Weather Service has issued a freeze warning from 10 p.m. Wednesday to 9 a.m. Thursday with temperatures dipping into the 20s across the region.

Some areas could see temperatures as low as 25 degrees.

A shorter growing season will mean less crops harvested in the fall.

And that is really bad news.

In the western third of the nation, the big news is the ongoing drought that continues to severely hurt agricultural production.

On Thursday, we learned that the water level in Lake Mead has dropped so low that one of the original intake valves is now visible for the first time ever…

The West is in the grips of a climate change-fueled megadrought, and Lake Mead — the largest manmade reservoir in the country and a source of water for millions of people — has fallen to an unprecedented low.

The lake’s plummeting water level has exposed one of the reservoir’s original water intake valves for the first time, officials say.

This drought has dragged on for more than two decades, and experts are now telling us that it is the worst that the region has experienced in more than a thousand years…

The West is in its worst drought in centuries, scientists reported Monday. A study published in February found the period from 2000 to 2021 was the driest in for the region 1,200 years.

Needless to say, all of this drought has created ideal conditions for wildfires.

According to the National Interagency Fire Center, more than a million acres have already burned since the start of 2022, and we haven’t even gotten to the heart of fire season yet…

The agency said more than 21,181 wildfires had burned 1,080,836 acres in the US since the beginning of the year. That’s above a 10-year average of 14,958 wildfires that burned 727,141 acres. Some of the most devastating wildfires have been in Texas due to “extreme drought” and high winds.

On top of everything else, the new bird flu pandemic in the United States just continues to intensify.

On Thursday, the presence of the bird flu was confirmed at yet another poultry facility in Pennsylvania…

A highly contagious and deadly strain of avian influenza was confirmed on a sixth Lancaster County poultry operation on Thursday, requiring 18,000 birds to be destroyed in hopes of curtailing the virus’s spread.

I hope that you are sitting down for what I have to tell you next.

Overall, the total death toll for this bird flu pandemic has now risen to more than 35 million…

As of noon Thursday, the flu had infected 247 domesticated commercial or backyard poultry flocks in 29 states, according to the USDA. About 35.52 million birds have died or been destroyed nationwide.

The very first case at a commercial facility in the U.S. was confirmed in early February.

That means that we have gone from one case to over 35 million dead in less than 3 months.

Of course this is going to deeply affect every single one of us when we go to the grocery store.

The price of eggs has already more than doubled.

Everything with turkey in it is going to become much more expensive.

Everything with chicken in it is going to become much more expensive.

And what will happen if this pandemic rages out of control for many more months?

We have never faced so many simultaneous threats to U.S. food production.  We truly are in unprecedented territory, and that should deeply concern all of us.

Sadly, global food production is going to be way down all over the planet this year, and the UN is telling us that we are heading into the worst global food crisis since World War II.

In other words, there is not going to be enough food for everyone.

Just a few years ago, a worldwide famine would have been unthinkable, but now we are on the precipice of a true global nightmare.

Unfortunately, the vast majority of the population still does not understand what is happening, and so they aren’t taking any steps to get prepared for the horror that is ahead of us. 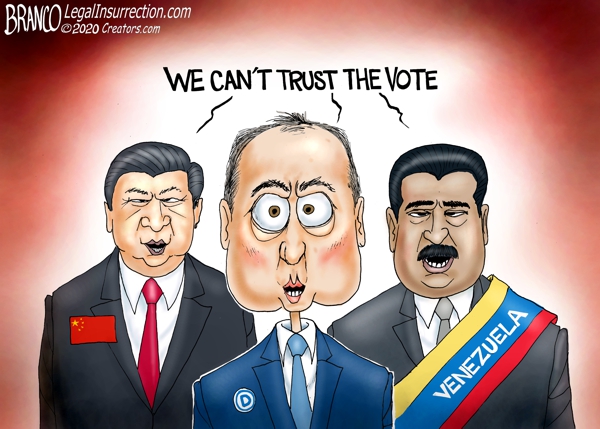 Cartoon of the Day: The Three Amigos 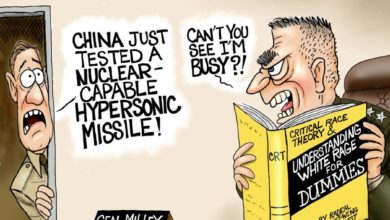 Cartoon of the Day: Military Readiness 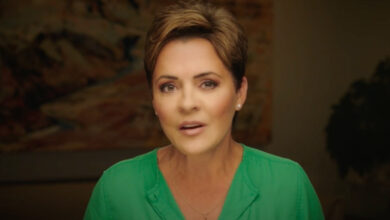 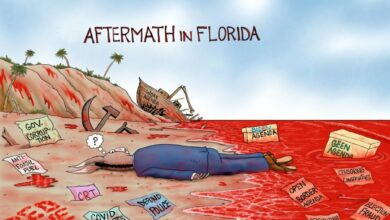 Cartoon of the Day: The RedShine State