One News Now reported recently that Vice President Pence and a number of cabinet members have committed to meeting for weekly prayer and Bible study.

That report comes at a time when we have seen President Trump appoint a conservative Supreme Court justice, sign an executive order protecting religious freedom, observe the National Day of Prayer, and now he has appointed ten lower court judges who are considered conservative and upholders of our Constitution.

In a political culture where Christianity is taboo, the Constitution is no longer revered as the law of the land, and where church and state are never supposed to mix, does this signal a return to the deep values of our founding fathers?

Perhaps. But probably not.

There’s no question that our current president is more tender toward faith and more staunch in his support of our Constitution than the previous administration – and possibly more so than a number of administrations before him.

Methinks a return to the faith of our forefathers, this is not. However, it does appear that our current president embraces somewhat of a Christian world view.

What is a Christian world view?

If I had a dime for every time a politician invoked the name of The Almighty, I would be a very rich man. But I can stand in a garage and tell you I’m a car and still not be one. Likewise, a leader is known by what he does and not so much by what he says.

“Suppose a nation in some distant region should take the Bible for their only law book and every member should regulate his conduct by the precepts there exhibited….What a Eutopia – what a Paradise would this region be!”

Am I suggesting that Trump and Company is the next John Adams and Company? Nah.

I am suggesting, however, that we pay close attention to what the new administration is up to. It has been a while since we have seen leadership invoke The Almighty and then actually act upon his words.

Listen to all of our leaders and then let their actions be like subtitles at the bottom of the screen to read what they are really saying. Don’t just read the script; watch the actor. To be a politician, one must be a wordsmith. That’s cool. I get it. But watch for wolves in sheep’s clothing who say one thing and then act another way. This is good advice even when we’re not talking politics. What lives in the heart will make its way to the outside and manifest itself in the form of actions.

So, do I think we’re on the brink of returning to the deep moral and Biblical fiber from whence we came? I doubt it. But we are definitely on the brink of a return to Christian values such as we have not seen in a very long time. 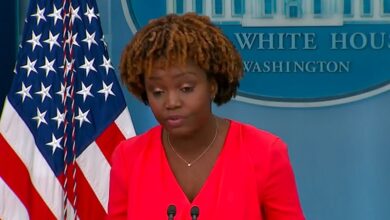