Since the hacking of the Democratic National Committee was revealed last June, Trump has been one of the few prominent national politicians to deny that Russia was involved. At times, his denials included ridiculing and questioning the motives and integrity of American intelligence professionals.

Is Donald Trump serious? Does Trump really believe that the CIA, the FBI and the entire US intelligence community are either faking the evidence that Russia interfered with the election or that they are too incompetent to know the difference between Russian hackers and “14-year-old” as suggested by Julian Assange and tweeted by Donald Trump?

Does Donald Trump, who will be the commander-in-chief of the US military and all its associated intelligence apparatus in two weeks, really trust Assange, an accused rapist and spy, and Vladimir Putin, an ex-KGB agent, more than the total combined opinion of the 17 agencies that comprise the US intelligence community?

If Trump really believes that the US intelligence community is wrong about Russia’s involvement in the hacking and interference with the election, then he has no choice but to clean house within the intelligence community. It would constitute negligence and carelessness for the commander-in-chief to continue to employ and rely on intelligence advisors that he does not trust.

President Trump will have to work with many of the same people who are currently serving under Obama. Trump has already appointed Rep. Mike Pompeo (R-Kan.) to succeed John Brennan as CIA director, but James Comey, the director of the FBI, is serving a 10-year term that began in 2013. If Donald Trump has no confidence in Director Comey and his agency to correctly and honestly present an assessment on the DNC hacking, how can he consider him reliable on any other issue?

Either Comey and the other members of the intelligence community are honest and competent or they are not. If they fail either test, then it is the president’s duty to replace them with someone who can be trusted to do the job.

My prediction is that no heads in the intelligence community will roll after Jan. 20. The problem is not with the assessment of Russia’s complicity. The problem is with Mr. Trump’s ability to accept bad news.

“Wired” compiled a list of Mr. Trump’s contradictory statements on Russia and the DNC hacking. The list ranges from Trump blaming the DNC for hacking itself to saying the Russians “probably have her 33,000 emails. I hope they do” in June. Last week, Trump claimed to “know things that other people don’t know” and promised to reveal his information. He never did.

Now, after a briefing by intelligence analysts, Trump has issued a statement that neither questions nor confirms the conclusions of the intelligence community. Trump said, “There was absolutely no effect on the outcome of the election including the fact that there was no tampering whatsoever with voting machines.” This is an assumption tied to a straw man. There has been no assessment on the effect of the interference and no allegation that voting machines were tampered with.

“I have tremendous respect for the work and service done by the men and women of this [intelligence] community to our great nation,” Trump says in the statement.

I have to wonder if that respect is mutual. 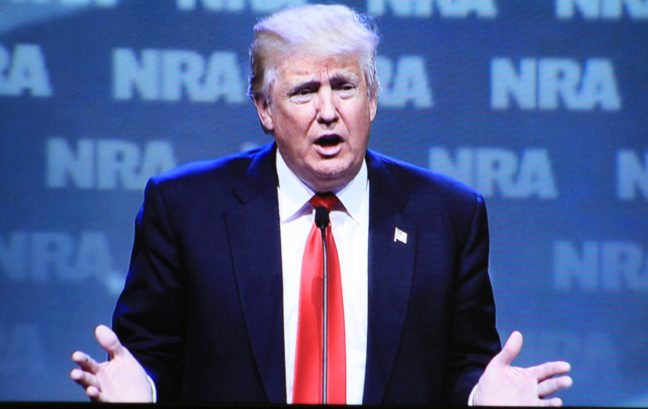 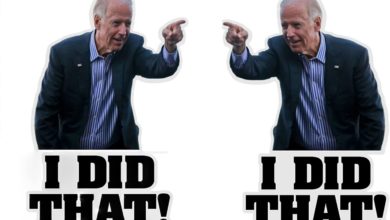 American Mothers Don’t Have Enough Formula For Their Babies, But The Regime Wants To Give 40 Billion More Dollars To Ukraine