2020 is the year we allowed extremely flawed experts to run our country. Not “We the people,” just so-called health experts. And politicians latched onto their “expertise” as opportunities to destroy our liberties. As Rahm Emanuel once said, “never let a good crisis go to waste.” And they certainly didn’t.

NYS is continuing to demonstrate the most bizarre priorities.

There are several million seniors and immuno-compromised New York State residents. As the folks with the highest death rates from COVID, why are they not at the top of the list? https://t.co/uCa3IcCU7o

New York Governor Cuomo spent the 2020 pandemic shoving sick COVID patients into nursing homes with already sick elderly patients. The Democrat governors of Michigan, California, New Jersey, etc did the same. There aren’t a lot of figures available, since the COVID numbers are all padded, but likely nearly 11,000 elderly died in New York alone, thanks to Cuomo’s actions. Now, he’s shafting the elderly again by giving the vaccine to drug addicts. Is he really “following the science?” No, he’s following his power trip, just like all the others.

The behavior of the so-called experts and politicians in this health disaster has been nothing short of scandalous. We’ve seen Fauci sitting at a ballgame with his mask down (not to mention that he funded the Wuhan lab that caused this mess). We’ve seen Birx go to her relatives for the holidays after she demanded Americans not go anywhere. Even England’s big deal epidemiologist Neil Ferguson, who told UK residents not to go anywhere, had a secret tryst with a lover during the lockdowns. One day they’ve told us masks don’t work, then they told us masks do work and demanded we wear them. It has been a rollercoaster ride that no sane person should be on. And that’s not even counting the violations by politicians in this mess. None of that counts the fear-mongering every day bombarding us on television. 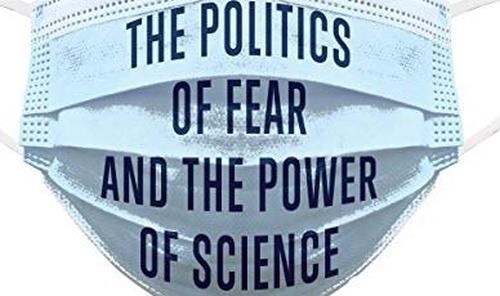 But they want us to “follow the science.” Listen to the “experts” they tell us. The World Health Organization and CDC change their directions as much as a sheet flapping on a clothesline in a wind storm. And they’re going to tell “we the people” how to live our lives? No thanks.

We are no longer a free people. They’ve told us that we are incompetent and they, the elites, the “experts,” know better than we do how to live our lives. Are you sick of it yet?

When it comes to money, love, and other people, we are all flawed human beings. A free society recognizes this basic human fallibility. Only a totalitarian system insists on denying it.

Every American has the same right to live their lives that Fauci and Birx do. We won that right in the 18th century. It would be a great tragedy if we were to lose it in the 21st century.

Daniel Greenfield,a Shillman Journalism Fellow at the Freedom Center, is an investigative journalist and writer focusing on the radical Left and Islamic terrorism.