Marianne Williamson, 2020 Democratic hopeful and self-help author, rolled out her plan to spend up to $500 billion in reparations to descendants of slavery.

Williamson argues, as many policy experts do, that reparations could actually cost trillions of dollars by offering financial backing to those who have never actually experienced slavery themselves.

By comparison, her plan is a real penny-pincher.

“I have proposed $200 to $500 billion to be disbursed over a period of 20 years,” she announced, failing to offer a glimpse as to what magical money tree she’ll grow in order to get that money.

Williamson added that the money would be distributed based on the suggestions of a panel “made up of 30 to 50 people who themselves are descendants of American slaves.”

Speaking of asses, Williamson has suggested that a major portion of her plan to pay $500 billion in reparations would be to repeal the Republican middle-class tax cuts.

During an interview with CNN, the new-age author explained, “You repeal the 2017 tax cut, you put back in the middle-class tax cut,” prior to listing a litany of other pipe dreams.

She went on to suggest the amount was necessary because “anything less than $100 billion dollars is an insult” to black Americans.

"It's… payment of a debt that is owed. That is what reparations is."

Author Marianne Williamson earned applause and cheers when she mounted a defense of her plan to offer $200 billion to $500 billion in reparations to the descendants of enslaved Africans in the US. #DemDebate pic.twitter.com/MCCtLWcZ45

In the second 2020 presidential Democratic debate, Williamson explained that reparations were a debt owed to descendants of slavery because, even though slavery was abolished, America continued acting like ‘domestic terrorists’ towards them for years to come.

“We need to recognize, when it comes to the economic gap between blacks and whites in America, it does come from a great injustice that has never been dealt with,” she alleged.

“That great injustice has had to do with the fact that there was 250 years of slavery followed by another hundred years of domestic terrorism.”

Williamson’s loathing of white people is startling from a woman who insists she’s not a “wacky new-age nutcase.”

“People are so invested in creating this false narrative about me as the ‘crystal lady,’ ‘wacky new-age nutcase.’ If you really think about it, I must be doing something right that they’re so scared,” she claimed.

Or, maybe it’s because you’re actually a wacky new-age nutcase. There’s that too.

Williamson previously made white people in attendance at one of her tour stops join her in a ‘prayer of apology’ to those black members in attendance.

Prayer apparently isn’t enough. It requires cold hard cash to atone for the sins of a nation that nobody alive today ever experienced. 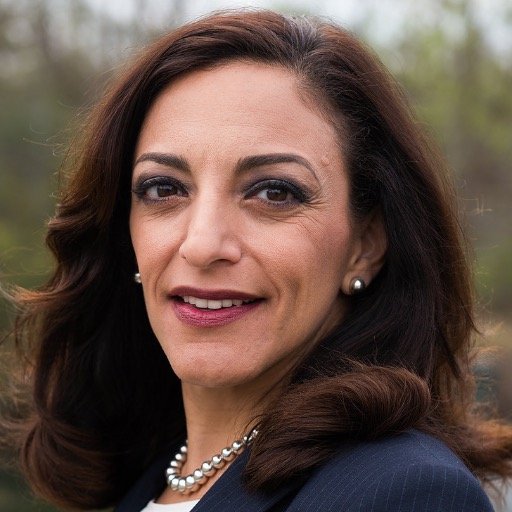