It’s especially true for Peterson’s home country of Canada where COVIDictators are trying to outdo each other in trampling civil liberties.

The clip from the Joe Rogan Experience Episode #877 aired in November 2016 and is uncanny with how accurate it was in predicting the pandemic response in places that were once known for being liberal democracies. It seems that places like Australia, New Zealand, and Canada have been particularly egregious in their hamfisted response.

The brief clip was about something completely different, however. Joe Rogan was asking Jordan Peterson how things got bad so quickly in academia while discussing Peterson’s opposition to Bill C-16, which was a push to add gender identity to Canada’s Human Rights Act and the Criminal Code, which could — and has — criminalized “misgendering” someone.

It was this issue that launched Peterson into the global spotlight.

Rogan repeatedly asked how things got to such a point in Canada. He says bewildered, “I just don’t understand how it gets to the point where –”

“Things get to terrible places one tiny step at a time,” responds Peterson.

“Before you know it, I’m going to be back three miles from where you started, and I’ll have done this one step at a time. Then you’ll go, ‘Oh, how did I get here?’ and the answer was, well, ‘I pushed you a little further than you should’ve gone and you agreed. And so then I pushed you again, and you agreed,’” said Peterson.

He then recommends a book to explain this phenomenon, “Ordinary Men” by Christopher R. Browning but incorrectly identified the author as Robert Browning.

You can catch the entire episode on Spotify here. The relevant comments are at around the 54-minute mark.

It’s hard to believe that this was before Jordan Peterson became a household name worldwide.

The video was posted to Twitter a few days ago and got a whole lot of attention. It was retweeted by Australian commentator Rita Panahi on Tuesday, to which Peterson himself said, “The story of Canada right now.”

The story of Canada right now.

The Post Millennial reported on Monday that Canada’s Minister of Health said that pandemic restrictions could go on for “months, or possibly even years” when responding a question about whether the government will redefine “fully vaccinated” to include a booster jab.

In early 2021, Trudeau suddenly announced that international travelers returning to Canada would have to quarantine for 14 days in a government-approved hotel at their own expense despite having provided a negative COVID test prior to boarding a flight. Failure to comply could mean a fine of up to $750,000 or jail time.

Prime Minister Trudeau held an election despite being elected in 2019 and ran on a divisive platform led largely by polling that vilified the unvaccinated.

"If you don't want to get vaccinated, that's your choice. But don't think you can get on a plane or a train beside vaccinated people and put them at risk!" #elxn44 #cdnpoli pic.twitter.com/SZHOlsxmEX

With blatant disregard to Canada’s Charter of Rights and Freedoms, the Trudeau government has banned anyone who is unvaccinated from traveling by train or plane for either international or domestic trips.

An 18-year old actor from Toronto that is medically exempt from the vaccine due to a rare autoimmune condition, is currently trapped on the other side of the country because his doctor’s note that got him to British Columbia for filming suddenly isn’t enough to allow him to get on a plane after the new federal travel restrictions on the  unvaxxed kicked in on November 30.

Trudeau had indicated that exemptions for any federal restrictions on the unvaccinated would be “exceedingly narrow.”

But if you think that’s bad — and it is — the province of New Brunswick on Canada’s east coast has decided to just go whole hog on cruelty and allow essential businesses like pharmacies and grocery stores to ban the  unvaccinated.

Beginning Saturday, people in New Brunswick who do not show proof of full vaccination can be barred from entering grocery stores to buy food.

The measure was announced as part of the province’s “winter action plan,” which allows any business, including grocery stores, the option of barring unvaccinated individuals.

According to Health Minister Dorothy Shephard, it comes as the province sees a “very concerning” rise in COVID infections over the last two weeks, particularly among unvaccinated Canadians.

By the way, New Brunswick has more than 87% of people age 5 and up vaccinated with one dose and over 81% with double doses according to COVID-19 Tracker Canada.

It’s shameful the way they’re treating a small percentage of the population, many of whom likely have natural immunity from prior infection.

Other provinces have been just as awful to their citizens. Quebec imposed a curfew that lasted for 5 months.

On Tuesday, a right-wing Member of Parliament in the province of Ontario was kicked out of the House Chamber after a recent bout of the China Virus despite providing a negative rapid test. MP Belinda Karahalios was a rising star in the Ontario Progressive-Conservative Party, but after a dispute with party leadership, she left to sit as an independent and has begun a new small-c conservative party called New Blue Ontario. (FYI, In Canada, right-wing parties use the color blue and liberals use red.)

Karahalios is unvaccinated and pushes the PC government on its heavy-handed pandemic response that is segregating Ontarians into the vaxxed and the unvaxxed. The government isn’t so fond of that, and there’s some bad blood between the party and Karahalios.

But you can’t blame Karahalios for pushing back on the rules, even as she tried to return to the House, they told her that they were enforcing an absolutely asinine rule that any unvaccinated person who has tested positive may not return to the House for 90 days. Where’s “The Science” behind that ridiculous measure?

“The rules you have set out is proof double vaccination or proof negative rapid antigen test, which I was able to provide this morning,” responded Karahalios during the exchange. “I’m not in contravention of the rules.”

Arnott then pressed, reminding Karahalios that her immunization status and having recently tested positive for COVID-19 means she can’t be inside the chamber.

“As the member knows full well, being unvaccinated and having tested positive for COVID-19, the current advice from the public officer of health is that she must be out of the chamber for the next 90 days starting from the date on which she tested positive. I’ll ask the member once again to leave the chamber,” said Arnott.
Source: CTV News Kitchener Emphasis Added

It’s clearly a punitive measure to punish Karahalios for choosing to not subscribe to Pfizer or Moderna’s Netflix-style model of shots and boosters.

Public Health said I could return to work. Yesterday I provided a negative COVID-19 test to access the legislature as per the rules the speaker set. But he decided to change the rules just for me, and had me removed prior to asking a question. Video below.#onpoli pic.twitter.com/EyOEAGGld4

The reaction of the Government of Ontario shouldn’t be surprising — despite the increase in breakthrough cases, the Chief Medical Officer of Health continues to vilify the unvaccinated.

Since August, Ontario's Chief Medical Officer of Health, Dr. Kieran Moore has repeatedly used aggressive and frightening language when referring to those who've chosen not to receive a C19 vaccine.

Dr. Moore must resign, and apologize to Canadians.

So, while you lament the authoritarianism being pushed by the “Let’s Go Brandon!” administration, it could be worse — you could be in Canada. 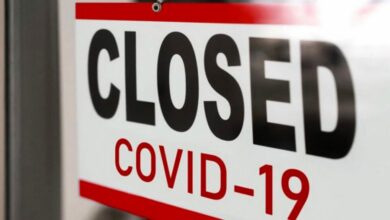 Yet Another Study Says COVID Lockdowns Were Deadly 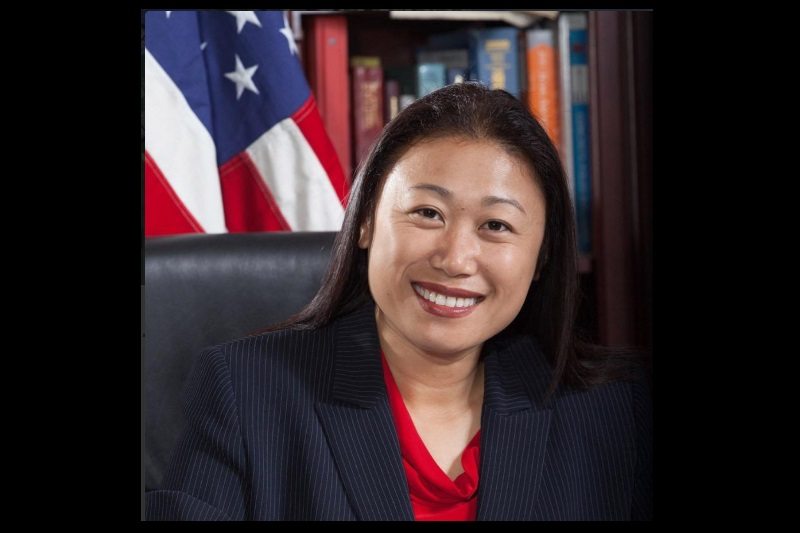